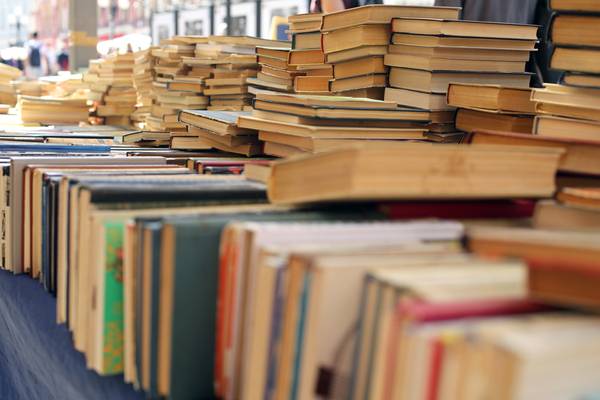 Surveys conducted in the US and Germany throughout 2017 reveal that compensation and working conditions of literary translators continue to be challenging.

Poll respondents also reported that there was no significant change in their income from literary translation over the past five years.

“It is clear that a large number of US translators are being paid rates that make it difficult, if not impossible, to earn a living,” the report concluded.

This despite the fact that the respondents are generally well-educated — 43% hold a Ph.D. or equivalent and 34% hold an M.A. or equivalent. Approximately 24% have a degree or other certification in translation and 36% have been literary translators for more than 20 years. Most were also at the peak of their careers — 34% were aged 31-50 and 41% were aged 51 to 70.

Basic Pay Slightly Down in Germany

While the Authors Guild Survey was the first in the US to collect data on translation pay, the professional association of literary translators in Germany, VdÜ, have done the compensation poll for years.

As Slator reported in July 2016, “a literary translator is unlikely to plough through translation at a speed of 2,500 words or more daily like their peers in business translation. Therefore, actual average hourly rates are likely to be very low.”

Fees also do not vary much depending on target language or genre. Of the 583 contracts evaluated in the latest survey, 343 (58%) were for book translation from English to German, which command an average price of EUR 17.68 (USD 21.18) per page.

Not A Full-Time Job

The Authors Guild Survey noted that 68% of its US respondents translate fiction, 42% nonfiction, and 46% poetry, with smaller percentages translating theater, children’s and young adult literature, journalism, and other areas.

Only 14 respondents (7%), however, derive 100% of their income from literary translation or related activities such as workshops, lectures, readings, and book reviews, etc.

Hence, the survey defines “full-time translators” as those “who spend more than 50% of their work time on literary translation.”

Because it is predominantly a freelance world, many literary translators have careers not related to translation — 45% were college or university teachers, 37% were writers or poets, 12% were publishers or editors. The majority (59%) are women and overwhelmingly (83%) white.

Still a Per-Word Rate for US translators

Despite the availability and increasing move toward other payment methods such as flat fees, hourly rate, and per-page or per-character rate, the majority of US literary translators are still sticking to the per-word rate.

The Authors Guild noted in its report that for most recent book translations, the going rate for prose varied from free to more than USD 0.20 per word.

The Authors Guild report cited that “UK publishers are prepared to pay” with the Society of Authors in the UK reportedly paying GBP 95 (USD 128) per 1,000 words or about USD 0.13 per word. It added that “the rate prescribed by the Canada Council for the Arts is CAD 0.18 or USD 0.14 per word for genres other than drama or poetry.”

Royalties, Copyright, and Other Sweeteners

The German Federal Supreme Court has set minimum commissions for literary translators in 2009 at 0.8% of net sales, which applies when a book sells 5,000 copies.

In the US, however, there were no legally mandated system of commissions. The Authors Guild Survey reveals that roughly 47% of respondents who translate primarily prose indicated that their contracts always or usually stipulate royalties, 31% reported that they sometimes receive a royalty clause, but 22% never received one.

“Royalty rates also vary from 0.5% to 5%, with the vast majority earning 1%, while 47% also report that they have actually received royalty payments, in sums varying from “less than USD 100” to “more than USD 1,000” (with roughly a third of respondents in the latter category),” the report cited.

On copyright issues, 66% of US prose translators report that they always or usually retain copyright on their translations, while 17% sometimes do, and 17% usually do not. About 58% of respondents also said they mainly translate prose always or usually have their name on the cover of a book they have translated, while 19% sometimes have their name on the cover, and 23% never do.

“There is a definite need for advocacy on behalf of translators’ rights among publishers,” the Authors Guild concluded in its report. “We hope that the data in this survey will impress upon translators that they can, and in many cases do, receive both of these important terms, and that, with support from the forthcoming Authors Guild model contract for literary translation, they will be emboldened to demand them when they negotiate their next translation contract.“