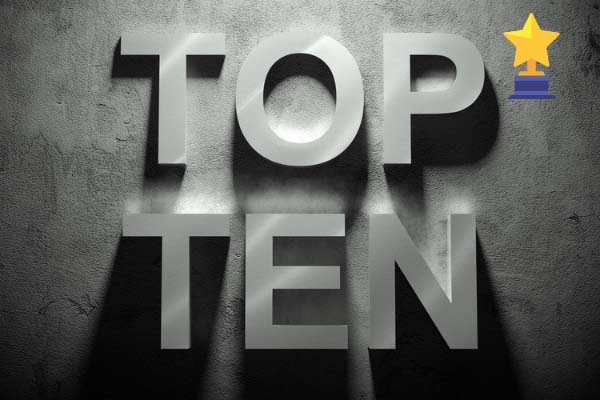 Roughly half a decade after neural machine translation (NMT) was first deployed by trailblazing language service providers (LSPs) and buyer organizations, it is time to look back at the most innovative research and shed light on how the industry established a new normal.

Slator ranked the most influential research dealing with NMT based on the number of times each paper was cited since publication, averaging citation counts as reported by Semantic Scholar and Google Scholar.

This list focuses exclusively on papers dealing with NMT. So, for example, although the June 2014 paper Learning Phrase Representations using RNN Encoder-Decoder for Statistical Machine Translation was cited over 10,000 times, it is not included here because its subject is statistical, not neural, machine translation.

Note that the latest publication date on the list is 2017; which makes sense considering that, as time passes and the field evolves, it becomes more difficult for research to truly break new ground.

This list is also Slator’s way of bidding adieu to the “neural” in neural machine translation, as most of the industry now refers to NMT as simply MT.

The first NMT models typically encoded a source sentence into a fixed-length vector, from which a decoder generated a translation. Bahdanau, Cho, and Bengio identified the fixed-length vector as a glass ceiling for translation quality, particularly for long sentences. The architecture of their proposed model, RNNsearch, focused “only on information relevant to the generation of the next target word.” The authors described the model’s performance as striking, “considering that the proposed architecture, or the whole family of neural machine translation, has only been proposed as recently as this year.”

Inspired by the integration of attentional mechanisms into NMT, allowing models to focus on select parts of source sentences during translation, Luong, Pham, and Manning explored two potentially useful architectures for attention-based NMT: a global approach, which looked at all source words, and a local approach, which looked at a subset of source words each time. When applied to WMT translation tasks between English and German, both setups were shown to improve translation quality, with the local attention yielding significant gains (as measured by BLEU), and the ensemble model establishing new state-of-the-art results for WMT14 and 15.

Researchers compared two NMT models with different kinds of encoders: one, an RNN with gated hidden units, and the other, a gated recursive convolutional neural network (grConv). Although both models were able to produce correct translations of short sentences without unknown words, the quality suffered as sentences grew longer and as more unknown words were included. “It is important to find a way to scale up training a neural network both in terms of computation and memory so that much larger vocabularies for both source and target languages can be used,” the authors wrote, adding that a “radically different approach” might be required for languages with rich morphology.

Back in 2015, NMT models would “back off” to a dictionary upon encountering rare or unknown words. Sennrich, Haddow, and Birch, however, believed there was a way that NMT systems could handle translation as an “open-vocabulary problem.” If various word classes, such as names, cognates, and loan words, were “translatable via smaller units than words,” then encoding such rare and unknown words as “sequences of subword units” could help an NMT system handle them. The researchers looked at several word segmentation techniques, and their subword models showed improvement over a “back-off dictionary baseline” for the WMT 15 English-German and English-Russian translation tasks.

What makes a helpful, open-source toolkit for NMT? For the Systran and Harvard University researchers behind OpenNMT, it was “modeling and translation support, as well as detailed pedagogical documentation about the underlying techniques.” OpenNMT was designed to prioritize efficiency and modularity, with the goal of supporting NMT research into model architectures, feature representations, and source modalities, and providing a stable framework for production use. At the same time, OpenNMT was also meant to maintain competitive performance and reasonable training requirements.

Targetside monolingual data was already known to help boost the fluency of phrase-based statistical MT, but this paper demonstrated that it could also be an asset to NMT. Researchers trained NMT models by pairing monolingual training data with automatic back-translations, and then treated this synthetic data as additional training data. Since the monolingual training data could be integrated without changing the neural network architecture, the authors believed their approach held promise for different types of NMT systems, but acknowledged that ultimately its effectiveness would depend on the quality of the NMT system used for back-translation and on the amounts of available parallel and monolingual data.

Google’s “simple” solution to multilingual NMT quickly turned into something much bigger. Researchers used a single NMT model to enable multilingual NMT by introducing an artificial token at the beginning of each input sentence to specify the required target language; the remaining parameters were unchanged and shared across all languages. Their largest models included up to 12 language pairs and allowed for better translation of many individual pairs. What researchers did not expect, however, was for models to learn to perform bridging between pairs never seen explicitly during training, demonstrating, for “the first time to our knowledge,”  that transfer learning and zero-shot translation were indeed possible for NMT.

For all of NMT’s gains over statistical MT, large vocabulary still posed a challenge; as the number of target words grew, the training and decoding complexity increased exponentially. To make use of a very large target vocabulary without increasing the training complexity, a team of Montreal-based researchers proposed a new method, based on importance sampling, where decoding focused on only a small subset of the whole target vocabulary. Models trained this way matched and sometimes outperformed baseline models with a small vocabulary.

The attention mechanism, credited with boosting state-of-the-art NMT by jointly learning to align and translate, is a bit of a double-edged sword, since it can also ignore past alignment, contributing to over- and under-translation. Feeding a coverage vector to the attention model to help it focus more on untranslated words can mitigate these issues. The two models proposed and explored in this paper — linguistic coverage (which leverages more linguistic information) and NN-based coverage (which resorts to the flexibility of neural network approximation) — both achieved “significant improvements in terms of translation quality and alignment quality over NMT without coverage.”

Finally, read this Twitter thread for a short discussion on the merits of using citation count as a measure of influence.