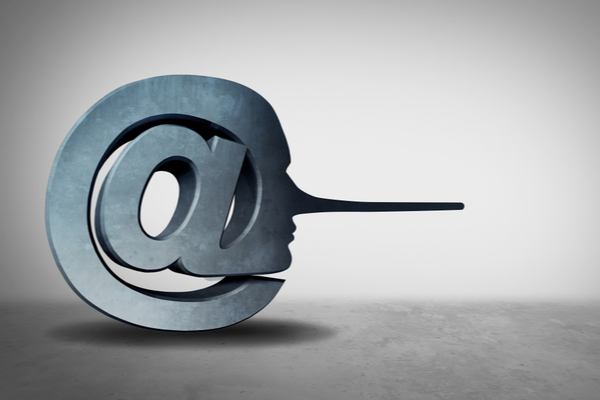 In the language services industry, it is common for professionals to collaborate remotely, often without ever meeting in person. This makes language service providers (LSPs) and translators alike particularly ripe targets for online scams.

The Translator Scammers Directory (TSD), a grassroots effort by anonymous volunteers to expose individuals impersonating real translators, published its 2019 annual report on January 2, 2020. As Slator reported in 2018, the group has been publishing the email addresses, fake CVs and, when possible, names of perpetrators since 2013.

TSD’s work focuses exclusively on CV scams, which its website describes in detail: A scammer poses as a recruiter to collect CVs from real translators, and then doctors the CVs to include the (free) email address or addresses the scammer has created to funnel job offers the scammer’s way.

When a client bites, the scammer provides a translation using either a free machine translation engine or a very inexpensive translator (who is rarely paid for their work). A client’s objection to the shoddy quality of work is returned with a threat from the scammer to destroy the client’s reputation online.

Among the trends noted in its report, TSD observed a slight increase in new scammer IDs and email addresses in 2019, compared to a consistent decrease from 2014 to 2018. TSD attributes this uptick to an increase in the total number of scam “operators”; scammers creating new IDs; an increase in the number of scammers impersonating employees of legitimate LSPs; and more translators and LSPs fighting scammers (i.e., reporting scams to TSD).

TSD’s report thanked the six individuals (identified only by their initials) who shared the most information on scammer activities over the course of 2019. The top contributor by volume, located in France, forwarded the organization the email addresses used by 529 scammers. (For a sense of scale, TSD estimated that scammers circulate approximately 130 fake CVs worldwide each week, emailing each CV to between 2,000 and 3,000 recipients.)

At the same time, TSD acknowledged that in 2019 the organization received “only 2 reports of actual scams striking translation companies with the same positive outcome: After jobs were sent to the scammers, they have been busted at the time of payment and are still waiting for ‘their’ money.”

This news coincides with a significant drop in visits to TSD’s website, which TSD sees as an indication that potential victims are now able to identify fake CVs and call out scammers themselves. “Remember, once you know what to look for, a fake CV can be spotted in about 30 seconds,” the report noted.

According to TSD, an LSP’s vendor manager can often avoid scammers by learning how to recognize a fake CV on sight and by researching any potential new linguist names and email addresses. TSD also recommends requesting a phone or video call with a new linguist, which the organization predicts scammers will categorically decline.

LSPs can further discourage scammers by modifying their application processes. Instead of accepting unsolicited CVs, LSPs can use systems that ask applicants to type detailed information about themselves before moving forward (since most scammers are unwilling to invest extra time on just one mark), or adopt a policy of only working with translators recruited by the company’s own VMs.

TSD promotes a “counter-scam” to turn the tables on scammers, which might include emailing scammers to demand that they stop their practice; publishing their email addresses online to be “promptly harvested by spam robots”; enticing them with “juicy, bogus jobs” before abruptly cutting off the contact; and publicly exposing a scammer’s ID, email address or, better yet, payment information.

TSD did experience a setback in its efforts to broadcast scammer activities via social media. In August 2019, TSD issued a bulletin stating that Twitter suspended the group’s account on July 24, 2019 for “violating the Twitter rules” against posting private information and against abuse and harassment. At the time, the Twitter account @tsdirectory had 3,100 followers. It remains suspended as of press time.