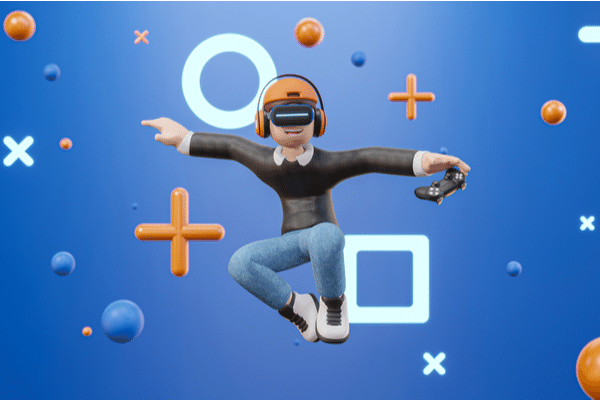 Meta (f.k.a. Facebook) kicked off 2022 with a hard push into the metaverse as its core social media business comes under increased pressure. In January 2022, Meta unveiled its supercomputer, the AI Research SuperCluster (RSC), which is intended to pave the way for building technologies for the metaverse.

Researchers plan to use RSC to work across hundreds of different languages, with a possible goal of enabling visitors to its Metaverse to communicate with one another through real-time voice translations — for instance, when gaming in virtual reality.

Since Slator first pondered the prospect of localization for VR back in 2017, the work has gone from hypothetical to happening now, as Meta looks for language managers for its Reality Labs division. The company has already onboarded several language managers, for French, German, and Japanese, who work under Meta’s Internationalization team.

“You will ensure that we deliver a great linguistic experience on new devices like Quest and Portal to our international audience through high quality translations for our Reality Labs products, which will be part of the Metaverse,” according to a job posting for a Korean Language Manager.

In addition to reviewing, editing, and translating content and documents — likely using the Facebook Translation application mentioned in the ad — the language manager will perform “hands-on hardware linguistic testing on the next generation of AR / VR devices.”

The newest language managers are not the first to tackle VR localization for Meta. In July 2020, Glory Choe, then a localization producer at Facebook Reality Labs, tweeted her excitement about a successfully localized launch: “The first game I ever played on my Quest released new languages through the l10n program I manage. Love the Japanese banner they made for it <3 Super grateful to be doing what I love.”

The first game I ever played on my Quest released new languages through the l10n program I manage. Love the Japanese banner they made for it <3 Super grateful to be doing what I love #localization #vr #oculus #quest Congrats making finalists for #VRGameoftheYear2020 @DTRH_game pic.twitter.com/hnZcT7kHdH

Beyond Meta, Japanese-to-English localization and gaming specialist Katrina Leonoudakis pointed out during the January 21, 2022 SlatorPod that the metaverse is not a new concept. Gamers have been able to interact with fellow players in a virtual world since the 1990s. Still, the challenges of localizing this space loom large.

And “space” is a key component of these questions, Leonoudakis noted. Subtitles are typically the go-to for users who do not want to, or cannot, use dubs. But figuring out where to place those subtitles can become complicated in a 3D space, where someone might be speaking from behind a VR user.

Similarly, QA for VR is much more interactive than for other media, such as video. Leonoudakis explained that QA testers will often try to “break” a translation by moving or manipulating an object with text on it.