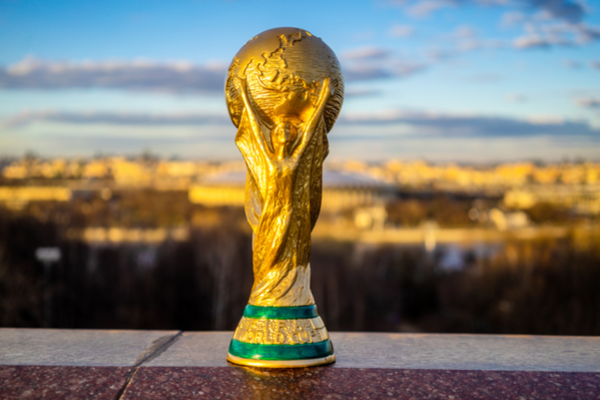 Just like the German national football team in their make or break World Cup group game against Sweden, the International Football Association Board (IFAB) flirted with but eventually averted disaster with only moments to spare. Ok, that’s a bit of an exaggeration but IFAB, the keeper of the world’s football rules, fixed a mistranslation in the German version of its “Laws of the Game” only days before the kick-off of the FIFA world cup in Russia on June 14, 2018.

IFAB was founded in 1886 to agree standardized rules for the game and is a separate body from FIFA, though FIFA is represented on the board and holds 50% of the voting power.

The mistranslation was uncovered during a game in Germany’s Bundesliga in April 2018, where Mainz won 2 -0 against rivals Freiburg.

After an uneventful first half that appeared to end in a goalless draw, all hell broke loose. As the Guardian put it: “In the dying seconds of the first half, Mainz had an appeal for handball turned down by the referee Guido Winkmann, with the scores still at 0-0. Winkmann then blew for the break, allowing the players to go in for half-time – only for the VAR official to give the handball and award a penalty.”

VAR is the new Virtual Assistant Referee, which was introduced in 2018 and marks the most dramatic change to football’s rules in decades.

Summoned from the Dressing Room

After the penalty was awarded, the Guardian reported that “following a delay of almost five minutes, Freiburg’s players had to be summoned from the dressing room after it was ruled that Daniel Brosinski’s cross had been handled by Marc-Oliver Kempf. Six minutes and 44 seconds after the first 45 minutes were up, Pablo de Blasis stroked home the spot kick to put his side a goal up and allow both teams to head back off the pitch for half-time again.”

The scene sparked a heated debate as to whether the referee acted according to the rules by awarding a penalty long after half-time was called and sent football pundits leafing through the rule books.

In IFAB’s English version, the rules were clear, stating that “the referee may not change a decision (if he) has signalled the end of the first or second half (…) and left the field of play or terminated the match.” Apparently, Winkmann had not yet left the pitch when he called the penalty.

IFAB’s German version (still online here) was more ambiguous, however. It states – literally translated – that the referee may not change a decision once he has signalled the end of the first or second half and left the pitch or ended the match (German: “das Spiel beendet hat”). Wait what.. ended the game? Wasn’t that covered before?

Turns out, the German version had translated the English “terminated the match” (i.e. prematurely terminate due to riots, weather etc.) with the more ambiguous “ended the match”. The ambiguity sent German pundits into a tizzy, debating what would happen if a referee, prompted by VAR, awards a penalty after the full 90 minutes had been played, since, according to the German rules, a decision may not be changed once the referee had ended the game.

It is not known if the Germans intervened and prompted IFAB to correct the translation or if IFAB (or FIFA’s Language Services Department) picked up on the controversy and rectified the error itself. Whatever the case, with only weeks to spare, the IFAB provided an updated German version where terminated is correctly translated as abgebrochen.

Now the rules are clear for Germany too and the Fußballnationalmannschaft has no excuse should they fail to defend their title in 2018.

Editor’s Note: Clear rules or not, after this article was published Germany lost to South Korea, marking the first time in World Cup history a German team exited after the group stages.