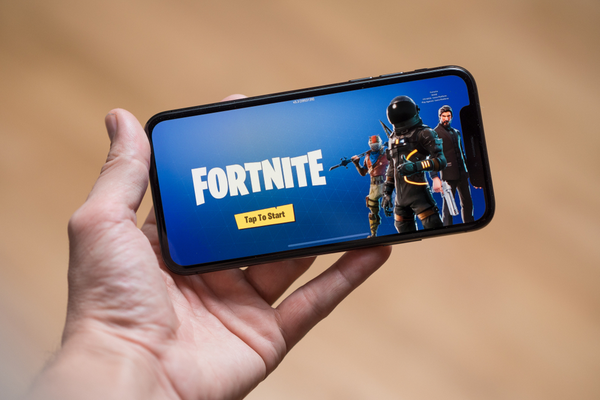 The Twitterverse lit up recently over the mere possibility of the game Fortnite going to China. The Tweet garnered over 16,000 retweets and over 80,000 likes as of writing, and has brought on speculation that Chinese internet conglomerate Tencent Holdings will bring the wildly popular massively multiplayer online (MMO) battle royale game into the Chinese market.

Tencent already owns 40% of Epic Games, the company behind Fortnite, and has a record of bringing other popular western online games into China, including Rocket League, Overwatch, and most recently, Player’s Unknown Battlegrounds (PUBG).

The Tweet is understandably popular because Fortnite has over 45 million players and has achieved record highs of over 3 million concurrent players worldwide.

But what makes localizing to China a big deal? How difficult is it to get into the largest single demographic market in the world for games?

According to investment firm Atomico’s “Europe Meets China” report, Unity (a game development platform) data shows that games using its software have been installed on 6.3bn unique devices. 1.3 bn of those are in China.

In the same report, Atomico notes that “China is a daunting market for outsiders and is undoubtedly the most challenging market to enter… A staggering 93% of total spend on iOS here in China is spent on Chinese games; that’s more localised than any other country, including Japan and Korea.”

China is more than a little strict when it comes to foreign software as a service (SaaS) products—a blanket category under which digital games fall.

In fact, before Tencent brought PUBG to Chinese shores, the game had been so popular that Chinese gamers played them over servers running on virtual private networks.

Yet, despite China’s strict rules over foreign SaaS, the demand is clearly there, and companies are actively still trying to enter the market, which reflects how enormous it could be if it became wide open.

In a nutshell, for any game to enter Chinese markets, as China Law Blog puts it in layman’s terms: “the lawful delivery of SaaS in China requires a platform hosted on a server located in China and operated by a Chinese-owned entity.”

It continues: “The operating entity must have direct contact with Chinese consumers and must have the required licenses and approvals. A system is required for the proper handling of the gamers’ personal information in accordance with Chinese cyberlaw.”

A lot of fine-print legalese follows, but that is the gist of it.

According to China Law Blog, going through the necessary hoops is, “as is so often the case in China,” a “relatively simple matter of due diligence.” They point out that often the challenge is finding the right Chinese partner. “We have identified and analyzed the requirements an appropriate Chinese company must satisfy,” China Law Blog writes. “Not less than 6 separate licenses and permits are required.”

For the biggest western games that have successfully entered the market, like Overwatch and PUBG, Tencent is that “right partner” that allows them to go through all the necessary regulatory compliance to officially operate in China through a localized version.

And even when a game has successfully accessed the elusive market, they still have to contend with local market challenges such as widespread cloning and cheating.

Even PUBG has raised legal disputes over apparent clones and has had issues with wide scale cheat makers. As for Fortnite, one major concern is how it will tackle a local Chinese clone called FortCraft.

Even though regulatory concerns are bottlenecking the flow of games into China, with a number of games breaking into the Chinese market (such as PUBG, Rocket League, and Overwatch), a couple of global gaming trends are proving to be key for game companies, and thus game localization providers.

First: China is definitively a major market for gaming, even with strict laws prohibiting the free flow of foreign games onto their shores.

According to NewZoo’s Global Gaming market report 2017, China is a hotbed for gaming trends: from a renewed attempt at foreign games to a growing influence of the local Chinese market on the entire game industry. Newzoo highlighted in their report: “With Tencent opening the door for games such as Rocket League and Overwatch, the success of Western IP in China will lead to new truly global franchises.”

“With Tencent opening the door for games such as Rocket League and Overwatch, the success of Western IP in China will lead to new truly global franchises.”

Another clear trend is that not all gaming genres are created equal: some of them are suited for internationalization, namely those with a community aspect and that encourage competition. The Newzoo report identifies this trend, which while not entirely new, is certainly picking up pace.

Meanwhile, according to App Annie in their Gaming Spotlight 2017 Review: “a vital, and perhaps underappreciated, trend within mobile gaming in 2017 was the rise of titles that feature live interaction between gamers (either PvP competition or a co-op gameplay mode).”

These are strong signals that game localizers might want to keep an eye on, as these are the same factors upon which game companies will be basing market decisions.

Game localizer Keywords Studios’ mentioned in their 2017 annual report published on April 30, 2018 that China is a market they are interested in. Of course, Keywords also benefits from games going the opposite direction as the company wants to help Chinese publishers going overseas.

“The astounding success achieved by battle arena games led by Fortnite and Player Unknown Battleground seem set to continue and we are fortunate to be providing services for those games too,” the report reads. “The mobile games sector continues to grow faster than the other platform types, with much of this growth originating in Asia where we continue to expand and build upon our relationships with the major games publishers in China, Japan and Korea.”

Keywords’ revenues in China remain small at EUR 3.68m (USD 4.44m), and was most probably boosted by the acquisition of Red Hot CG and Mindwalk Studios, but the company is keen on expanding in the region as part of their growth strategy.

For now, it might seem that the only sure way for western games to break into China is to become a multi-million MMO battle royale title big enough to interest Tencent. That does not leave much room for everyone else.

But China is the market that Atomico believes “whoever takes advantage of… will one day soon unlock the next great milestone of building a game that reaches a billion users.”

The Atomico report notes that to capture the huge opportunity China offers behind a wall of regulation, collaboration is required.

“Europe needs to meet China. The right collaboration will not only allow European games to succeed in China, but also help Chinese companies to enjoy even greater success internationally,” Atomico notes. “And this is already happening – European developers already earn hundreds of millions a year in China, and if you look at the top grossing and most downloaded games in Europe in 2016, they are already graced by Chinese companies.”