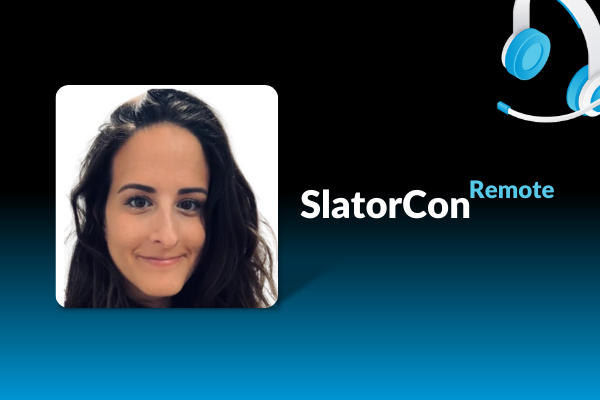 “Canva has been on a whirlwind international growth journey over the past few years […] and our localization program has helped drive that growth,” Rachel Carruthers, Head of Internationalization and Localization at Canva, told the audience at SlatorCon Remote December 2021.

It was in 2017 that Carruthers joined the company behind the popular drag-and-drop design app. Her job was to scale out the localization program by championing it as part of management, and setting up the infrastructure and resources to support it.

Canva was launched in 2013. Today, it has more than 2,000 employees, half of whom were hired over the last 12 months. And, after less than a decade since launch, the company is on track to deliver USD 1bn in 2021 annualized revenue.

For an idea of scale: 120 designs are created on the platform every second. To date, over 7 billion designs have been created on Canva, which has topped 60 million monthly active users across 190 countries in 100-plus languages.

Crucially, only less than a fifth of Canva users come from the traditionally English-speaking markets of the US, UK, Canada, Australia, and New Zealand. The majority (82.8%) come from the rest of the world.

Hence, the localization team works on pretty much everything that happens at Canva, Carruthers said — which, she added, is especially exciting for localization practitioners as they get to learn about everything, from product design to marketing.

Carruthers belongs to the Global Services Group, which operates along a hub-and-spoke model within the larger organization; that is, localization specialists are embedded in teams throughout the business.

Carruthers outlined Canva’s localization journey in two phases. First, the launch of Canva in every language from 2013 to 2019; then achieving international parity and scale in 2020–2021.

The platform went from supporting only English in 2013 to 20 languages in 2016, and then 100 languages in 2017. In 2019, they added the so-called “hard” languages, which included the launch of Canva China and seven right-to-left languages (e.g., Arabic, Hebrew).

In 2020, Canva localized platform features such as templates, images, and fonts, as well as marketing. In 2021, the company focused on developing 16 priority markets, a more native-feeling UX, and payment ease.

According to Carruthers, “As our international user base grows, the need to tailor the user experience to meet local standards increases.”

To explain Canva’s core strategy, she presented a diagram showing how internationalization, localization, and hyperlocalization play into one another, the latter only applying to selected markets. Among the markets she tackled were Japan and China.

Carruthers recalled how they leveraged the fact that Japan was the world’s third-largest print market to capture the local audience. As for China, she said they “understood the need for a China-specific product, built on an altogether different tech stack” to penetrate the so-called Great Firewall, where existing integrations (i.e., with Google, etc.) will not work.

One strategy was to partner with influencers to generate brand awareness and gain the trust of the Chinese market. The result: organic brand search measured via Baidu Index increased by 17.6% driven solely by influencer-marketing.

Following her presentation, Carruthers fielded several questions from the SlatorCon audience, among them how Canva measures localization success. In a nutshell, they measure it through user acquisitions (e.g., app downloads) and engagement (e.g., monthly active users), she said.

Asked what their next goal is, she replied, “A billion users by 2026! Given the 80-20 split, a lot of that will come from non-English speaking markets.”

Want to hear more about the Canva localization story, their key growth markets, and what they localize today? Watch Rachel Carruthers’ presentation and the full SlatorCon Remote December 2021 conference via Slator video-on-demand here.