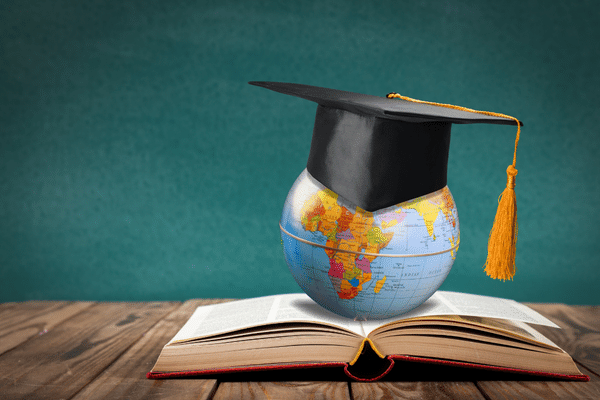 Is the English language skewing our knowledge of cognitive science?

According to researchers from Harvard University, Max Planck Institute for Evolutionary Anthropology, the National Center for Scientific Research, and Purdue University, that is indeed the case.

In a paper published on October 14, 2022, researchers argue that “the particular characteristics of English and the linguistic habits of English speakers bias the field.”

English is de rigueur in scientific research, which in turn focuses heavily on Western societies. Non-English language, cognitive-science studies and research based on other populations are, therefore, rare.

Over-sampling of English speakers has led to generalizations among cognitive researchers. These generalizations inherently create limitations to advances in cognitive science, impacting a vast array of subfields that go well beyond language. These include perception, memory, reasoning, and social cognition.

Studies show differences in sensory perceptions based on language. Sound, for example, is a critical determinant of cognition.

English is not a tonal language, unlike 40% of the world’s languages that rely on specific sounds for meaning, including Mandarin Chinese. This characteristic affects auditory sensory memory and speech encoding. This is just one example of differences between languages that directly impact cognition.

Writing direction has been shown to influence visual and auditory preferences, with studies conducted on illiterate populations showing no preference. The researchers point out that, while there is evidence of “tight associations between script type and reading-related cognitive processes,” most research is based on the unique characteristics of English alphabetical representation, which includes vowels and consonants.

When it comes to olfactory categorization, English has very few references, while languages such as Jahai (Malaysia and Thailand) and Semaq Beri (Malaysia) have distinct linguistic labels for over a dozen smell categories.

Language is directly linked to cognitive classifications that impact learning, problem solving, and reasoning. Beyond sensory concepts, language is tied to spatial relations, shape, numerical representation, gender, motion events, causality, and any concept represented (or not) with words.

Just as it is impossible to accurately translate a concept that does not exist in a target language, cognitive science that relies largely on English cannot possibly transfer across populations.

To mitigate this gap, the researchers suggest a series of steps that start with using linguistic open databases, engaging speakers of languages other than English via crowdsourcing, conducting cross cultural field studies, and increasing collaboration between anglo-centric institutions and those outside the English realm.