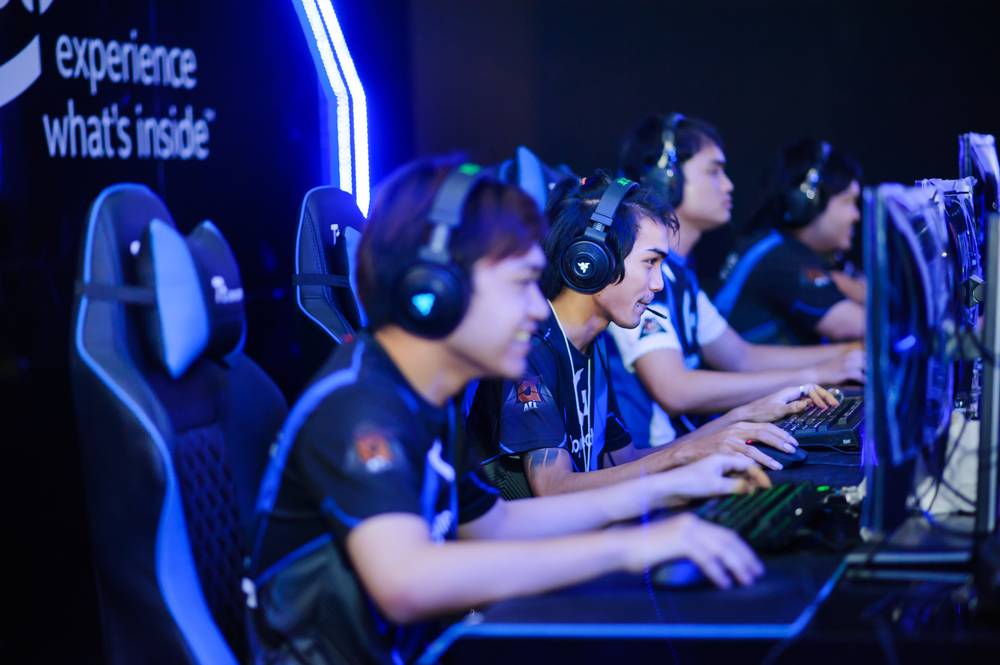 Video game company EA recently earned the ire of its fanbase by making the decision to lock key features of a new game behind microtransactions, resulting in severe online backlash and a hit on the share price—at least until the gamers forget about it.

This incident reflects how volatile video games can be as an industry for translation, but in reality game localization (gameloc) is, by now, a standard vertical for many vendors, especially in terms of mobile game development. Indeed, gameloc is one of the high growth verticals Slator is actively covering.

Industry reports forecast the global games market to grow at 6.0 – 6.5% (Compounded Annual Growth Rate) CAGR to around USD 130 bn in 2020. According to Citibank, mobile gaming will also grow from 39% to 50% of global gaming market share.

Bjorn Lifvergren, CEO of media localization company BTI Studios, said in SlatorCon Zurich on December 5, 2017, that gameloc is a market his company is monitoring closely, noting that “a big game today has content equivalent to 20 feature movies!”

Ross Graham, Keywords Studios’ Chairman of the Board, calls game localization a “growing yet still fragmented industry.” And if you need an exemplary case study on the growth potential for gameloc, look no further than UK-based language service provider (LSP) Keywords Studios.

A Case Study for GameLoc’s Potential

Since its IPO, Keywords’ growth has been 22% organic revenue CAGR with 81% total revenue CAGR boosted by selective acquisitions. Each acquisition broadens the company’s services. Take the acquisition of online game CMS company XLOC, for instance. Keywords not only offers XLOC’s systems as a standalone solution, but also used it to provide end-to-end services, as XLOC’s system is used for an earlier stage than Keywords typically worked on.

Executing towards this acquisition strategy, Keywords has acquired 25 companies since its 2013 IPO. The most recent is also its largest: VMC Consulting Corporation and Volt Canada Inc. (collectively known as VMC) for USD 66.4m.

Other LSPs have taken note. Lionbridge acquired Paris-based game localizer Exequo this year, with Lionbridge VP of Corporate Development Sara Buda pointing to the size of the video game industry and the fast growth of globalization in the space as the rationale behind the deal.

Furthermore, one overlapping client was “one of the primary reasons we decided to acquire Exequo,” she said, adding that other Exequo clients were “highly complementary.”

Still, Keywords seems unfazed. Keywords CEO Andrew Day said in an earnings call that they were well positioned to compete against both small, single-language focused companies associated with audio and “general multilingual localization players like Lionbridge and SDL” who “don’t play very strongly in this space.”

From the Game Developers

Keywords’ journey reflects the potential on the vendor side. What is happening with the game developers themselves?

Sony’s translation volume is growing, according to a June 2017 interview with Yasmin Vanya, Localization Manager for Sony Interactive Entertainment. She said that while individual publishers handle the translation of specific games on their own, Sony still manages a considerable amount of content for the PlayStation experience.

“Many a times when you outsource a new game localization project, though they might be professional and qualified, they might not relate what we want to express.”—Jason Yeung,CEO and Co-Founder, Veewo Games

Meanwhile, Gameforge, a publisher of free-to-play online titles, seems to be experiencing the growing pains of localization maturity. According to Sarah Beuter, Head of Localization, the biggest challenge is getting developers to understand exactly what localization entails.

“Development is allowed to slip in their deadlines; localization is not. Localization is always last, which results in really short TAT for us,” she said.

From the Gamers and Translators

Meanwhile, as end-users get more visibility into the gameloc process, they get a bigger say on it.

Take Nintendo’s bright idea that seemed to have backfired among its fans, for instance. The company started to include localization experts early into the game development process to offer content suggestions to minimizes drastic changes in localized versions.

But a vocal portion of its player base saw what Nintendo was doing as “censoring” original content—it was not localization, but culturalization. Most fans of Japanese games brought to Western shores actually like them precisely because they are culturally exotic, quirky, or simply different. One fan comment put it simply: “we want translated games, not localized games.”

Japanese media localization veteran Clyde Mandelin weighed in on the issue: “most translators would agree that it’d be a dream to have full access to the original text writers for clarification and answers.” He said he could see how Nintendo’s new process would yield easier and smoother translation processes and better end-products.

But he added: “as a gamer, I can see how it feels like this could “corrupt” the creation process in a way that’s off-putting.”

The backlash ties in to Mandelin’s comment about how “gamers are now more aware of the game localization process than before,” which he said leads to greater demand for better quality. As for the current trends in gameloc and Japanese media localization in general, he said “My gut feeling is that Japanese-to-English game translation/localization has come out of a slump from a few years back.”

As for the future, Mandelin said “the demand for Japanese game translation will continue to grow. The Japanese indie game scene is growing by leaps and bounds too, so there’s a lot of potential there.”

Mandelin is not alone in his forecast—and it is not just for Japanese games either.

Spokespersons for both Keywords and Lionbridge said the prospects of game localization in general are driving strategies, i.e. Keywords’ aggressive acquisition spree and Lionbridge’s deal with Exequo. 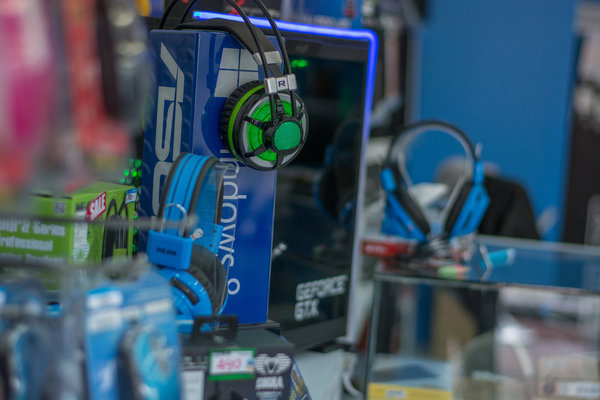 But what else is there to look forward to in gameloc in 2018 and beyond?

Vanya, while also interested in streamlining workflow through a Translation Management System (TMS), said she was most excited about “the move to the cloud. It’s what I’m interested in finding out more about. And whatever advantages machine learning is always bringing forth as it evolves.”

Meanwhile, most of the other respondents Slator interviewed seemed to be excited about augmented reality (AR) and virtual reality (VR).

An Augmented and Virtual Gameloc Future

Beuter said one gameloc trend that might drive translation volumes was “VR and, thus, voice acting.” She added that it would be hard to read text on VR devices, but “there are going to be a lot more mobile games with lead texts, which need to be as short as possible but still be understandable.”

Asked whether AR and VR will become a major localization market in the next half decade, over 80% of Slator’s email poll-takers said yes.

However, AR and VR will present unique challenges.

Julian Mower, Head of Pre-Production at IT services company Testronic, said localized voice-overs might be the name of the game. Onscreen subtitles are, after all, not a good fit for VR content. He added it may also be ideal to have localized descriptions via audio or subtitles on demand.

“I think localization for the VR industry will follow the same path [as] other industries. It will slowly become more mature and organized; end clients will realize the importance of localization.”—Jacob Stempniewicz, Vice President of Marketing, Andovar

Peter Pashley, Head of Development at game company Ustwo Games, said text is inevitable, however. He said one of the “huge challenges” they found when localizing for VR was conveying subtext: “It can be easy and cheap to do word-to-word translation, but there’s emotion and intent to consider beyond what those words are trying to say. I think [cost] is exacerbated if there is a performance such as dialogue.”

“I believe AR and VR are here to stay,” said Yoccoz, adding that big names are already putting out “really polished projects.”

“I have no doubts that VR is more than just hype,” Stempniewicz said. He said he is certain VR will catch on though it’s still in its “early days.”

“I think localization for the VR industry will follow the same path [as] other industries. It will slowly become more mature and organized; end clients will realize the importance of localization. Loc kits will become more comprehensive, deadlines more realistic, developers will take localization into account at an earlier stage,” Stempniewicz said.

He also mentioned the rise of China as a source of games and Chinese as a source language in games.

Mobile is Still the Best Bet

As a gamer, one could see where the excitement is coming from in terms of AR / VR, but in terms of technological maturity, it is far from a lucrative localization vertical yet, and maybe not even by 2018. Game developers are mostly trying to launch the next big party trick, though some are indeed making full games that could have international demand and thus translation volume.

Take for instance Playstation 4 VR’s One Piece Grand Cruise. Though limited in terms of gameplay mechanics (again, due to limitations inherent in the maturity of the technology), the game is based on the massively popular manga One Piece, which has sold over 430 million physical volumes worldwide. In terms of sales, One Piece is trumped only by Batman and Superman comics.

Demand for translations of the game in several languages could very well come from fans of the series worldwide, but games like these are few and far between, where the popularity of the franchise can spur demand despite the title being more of a VR “experience” than a game.

LSPs would do well to keep one eye on AR / VR in gaming, but the real translation volume is in mobile, as it has been since 2015.

Mobile gameloc outstrips Triple A and MMO titles simply because of the quicker time to market and availability via App stores, and for LSPs, it is a noteworthy consideration that on most countries have their own App stores (in some countries, each major carrier has one, like in Japan) and users expect apps to be in their local language.

Additionally, VR in mobile games (via wearable headsets users can stick their phones into) is running into a fragmentation problem. VR gear, phone sets, and specifications reliant on smartphone software and hardware specs simply are not aligning to generate enough interest and demand.

LSPs would do well to keep one eye on AR / VR in gaming, but the real translation volume is in mobile, as it has been since 2015.

Of course, there is a “partway” option, where games are not developed to be fully in VR, but “ported” to be viewable in VR devices. This just means gamers would be wearing VR gear and can see 360 degrees, but in reality they are still limited to the same gameplay mechanics driven by controller or keyboard and mouse setup. In this case, VR itself won’t be driving localization demand, but is more of a bolt-on factor.

Finally, a PwC report estimates that consumer VR content market will experience a large upswing to USD 5bn at 88% CAGR by 2021. This will be powered by spending on VR video, which is projected to represent 58% of overall content spending in this market by 2021. This is key to the VR market, since VR video is the simplest to develop and deploy, and can be inserted anywhere, like cutscenes in games using VR gear.

VR is on the rise—just not at the same rapid clip as, say, neural machine translation. For now, mobile gaming is the best bet in 2018, followed by PC and console gaming.