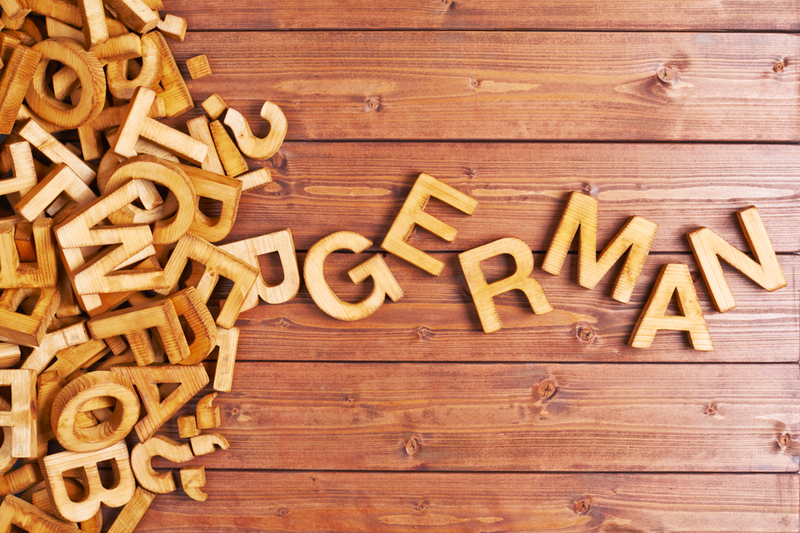 The German language is famous for its nominal compounds, not just within Germany but also beyond. Words such as “Donaudampfschifffahrtsgesellschaft” might be one of the reasons why German is known to be rather difficult to learn. And it gets worse: there is not only a very high number of such lexicalised items (i.e. either listed in dictionaries or at least well-known in the language) but Germans also create new compounds on the fly and without anybody else having used or even heard them before.

These newly created words are called ad hoc compounds. Some are only rare and new because people hardly ever talk about the subject, such as in “Robbenzucht” (seal breeding). But there are also more creative examples like “Gewürzfischlein” (little salty snacks in the shape of fish) and “Lindwurmfeste-Urgestein” (description of an old dragon in Walter Moers’ Zamonia novels) or even wordplays such as “Magermilchschnitte” (as a creative insult for a professional – and, of course, very thin – model).

With regard to the translation of such compounds, there are two main questions: firstly, is there a difference in the frequency of these ad hoc compounds and compounds in general between German original texts and translations into German? And secondly, what do translators into French and Italian make of these typically German structures, and when do translators into German decide to create such a word?

A recent study conducted by the author in her PhD thesis at Germany’s Saarland University tries to provide some answers. The analysis comprises a quantitative as well as a qualitative part, which are presented below in a short overview:

This relative lack of nominal compounds in translations – a very typical structure for genuine German texts – might be one of the reasons why translations tend to be judged unfavorably compared to originals.

The identified German compounds were compared with their translations or originals regarding their structure, semantics and creativity. To this end, a specific scheme was elaborated, including a detailed description of different possible kinds of creativity, which might not in all cases conform to an intuitive understanding of “creative”, but which offers a scientific means for working with a concept that very often defies systematic analysis.

In a last step of the qualitative analysis, the equivalence of original and translation was judged based on the three levels structure, semantics and creativity – and a total of 42.5% of translations proved to be fully equivalent, which shows that if ad hoc compounds appear in a text, translators know rather well how to deal with them.

Furthermore, translations with semantic changes, though certainly not equivalent on the semantic level, can be both highly creative and fully adequate, as the following example demonstrates:

In this example, the translator was most likely inspired by the concept of “Japanese culture” introduced by the “sumo wrestler”, which she then pursued to replace the “down payment on a dog” with “bonsai dog” – a solution which some native speakers of Italian think is even better and funnier than the original.

A key benefit of the work presented above is its systematic approach to creativity, giving objective criteria for identifying words that are (potentially) creative. Possibly even more important, however, is the fact that the author was able to show that even though word formation is only rarely mentioned in standard literature in translation studies, it is of major importance for (not only literary) translators’ everyday work and thus merits further investigation.

On 27th October Dr. Anne Weber was awarded the Dr.-Eduard-Martin-Preis for outstanding dissertations by the Universitätsgesellschaft des Saarlandes e.V.