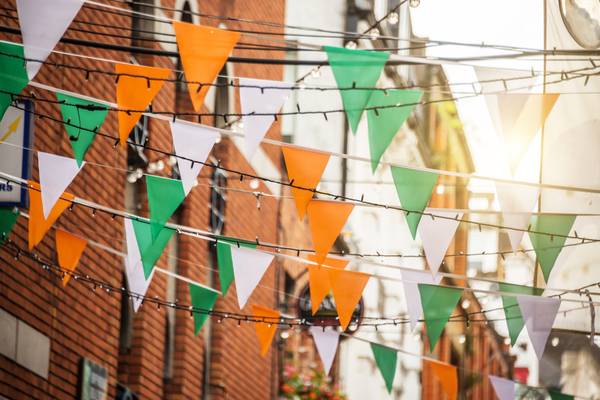 Irish Gaelic is emerging from its derogation status and will be a full official language of the European Union by 2022, if they can hire enough linguists, that is.

Ireland has been with the European Union since 1973, and Irish Gaelic was the 21st official language of the EU since June 2005, though it was made an official working language only on January 2007.

Since then, it has been in so called derogation status because of resource and recruitment limitations. In 2005, it was already estimated that it would cost EUR 3.5m a year for the translation, interpretation, publication, and legal services associated with incorporating Irish Gaelic into EU affairs.

In 2015, official regulation stipulated the reduction of the derogation for Irish Gaelic. Joe McHugh T.D., Minister of State for Gaeltacht Affairs, said in a statement: “over the next five years, the Government will work closely with the European Commission and the other EU institutions to work towards ensuring that a sufficient cohort of Irish language personnel is recruited and to manage the process towards enabling the introduction of a full language regime.”

The EU Council regulation states that by June 2021, if EU institutions have sufficient available translation capacity, and if no other Council regulations state otherwise, the derogation completely ends by January 2022.

Except, at the current rate the EU is hiring linguists, “sufficient available translation capacity” might be a tall order.

When Slator reported on the EU’s 2016 recruitment drive for 62 Irish-Gaelic translators announced alongside translator openings for Danish, Croatian, Lithuanian, and Maltese, the Irish Times estimated that the EU will be needing 180 linguists by 2021.

However, that same recruitment drive for 62 Irish-Gaelic translators now only yielded 10 linguists.

The open competition, as the EU calls it, welcomed applications on June 9, 2016, with a deadline set for July 12, 2016. Applicants can choose one of two venue options for applying—option 1 had 45 openings, and option 2 had 17.

When the EU announced the admission results in January 2017, only 43 of the 210 applicants were invited to translation tests: 39 for option 1 and 4 for option 2.

The year-long open competition landed barely a sixth of its target, and there have been no additional announcements of ongoing or future open competitions for Irish Gaelic linguists. Current openings are for Maltese and Latvian lawyer-linguists, and upcoming linguist openings are for Swedish, Romanian, German, French, Bulgarian, and English linguistic assistant positions.

POLITICO Europe had previously covered the EU’s difficulty with hiring Irish Gaelic translators. The media outlet reported in March 2017 that the EU had 26 new posts for Irish Gaelic speakers and had earmarked EUR 3.7m for Irish-language translation and interpretation, training, and database subscriptions. The site also reported, however, that at the time of writing Parliament had 23 vacant posts in its Irish translation unit.

Irish translator training institution NUI Galway has pointed to the “Concours” system of testing as a bottleneck, saying it is too stringent and relatively unfamiliar.

The Irish government has reportedly already spent EUR 13m to increase the numbers of graduates who can meet EU’s qualifications, according to an official from Ireland’s Department of Arts, Heritage, Regional, Rural and Gaeltacht Affairs. He told POLITICO Europe that “a new tranche of funding amounting to EUR 3.87 million for this initiative was agreed for the period 2015-2016 to 2023-2024.”

He added that an “estimated… 677 students will graduate from these courses over this period.”

Meanwhile, the deadline for the lifting of the derogation looms, and with the EU securing only 10 Irish Gaelic translators over the course of a year of open competitions, they have less than four years left to acquire the rest of the estimated 180.

Hiring and training 180 linguists from a very small pool of potential candidates (only 50,000 people use Irish Gaelic on a daily basis) will be a bit of challenge, to say the least.

Considering that the derogation might not be lifted if there is insufficient available translation capacity, it looks like Irish Gaelic’s status as official EU language rests upon the Council’s recruitment efforts.