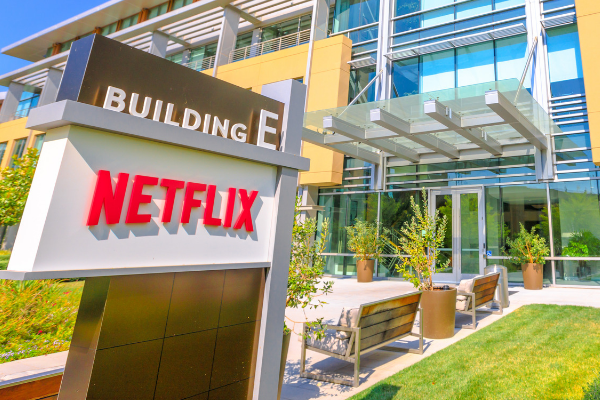 The past couple of years have seen the global demand for online media entertainment soar. Audiences around the world have flocked toward streaming services that offer content on-demand. When it comes to capturing a wider audience, adding content in more languages is a surefire way for streaming services to increase subscribers and revenues.

Speaking at an event hosted by Netflix in Los Gatos, California, Kathy Rokni, Director of Globalization at the online streaming giant, explained the correlation between subscribers and available languages. “In two years, we added a couple more languages, a lot more global original content, and we therefore added to our membership,” she said. The globalization team that Rokni heads up is now responsible for making Netflix content available in 27 languages. They have widened their subscriber base nearly 50% in two years and now have 149 million users, according to Rokni.

The Netflix event took place on April 28, 2019 and was organized by IMUG, a Silicon Valley-based forum for globalization, internationalization, localization, and translation professionals. Rokni invited members of her team to the stage to give the audience a behind-the-scenes look into subtitling at Netflix.

Sue Bolton, PM Team Manager for Content Localization, said subtitling all begins with a script, which provides the context. This context is used to “better deliver on our goal, which is to preserve creative intent,” said Ivan Buchanan, Program Manager on the same team. According to Buchanan, the script is provided in the form of an English template, which is then used as a guide by the translator.

Subtitling operations are managed in Netflix’s proprietary tool, called “The Originator,” said Eva Raimondi, Project Manager on the Content Localization team. The Originator is a central hub for project managers, translators, and vendors that also includes a subtitling environment, similar to a translation environment with added features. For example, the tool “surface[s] the reading speed so the translator can extend and modify it in the waveform,” and allows translators to review annotations included in the source text and search related episodes, Raimondi said.

Raimondi also described how the team is able to track priority projects within The Originator: “Stuff that is flowing through will drop to the bottom, but we can easily see unassigned, critical, or overdue tasks.”

Another challenge the team faces is deciding on how to deal with offensive language, which may be received differently depending on the territory. We aim to “respect creative intent and cultural sensitivities,” said Paolo Scopacasa, Language Manager for Italian and Greek.

Program Manager Eva Metz Toliver spoke on dealing with visual elements in the video that contribute to the narrative, such as on-screen text. She said certain elements do not require translation as they are universally understood. However, “if we decide to translate those and if we have the time and space, we try to differentiate between on-screen elements and dialogue by capitalizing the on-screen text and leaving the dialogue in sentence letters.”

A Lot of Licensing, Subtitles as IP

During the Q&A session that capped the event, one audience member asked whether subtitles are managed differently when content is not Netflix-owned.

According to Rokni, licensing is a big consideration in such instances. “If the content is not Netflix content, there’s a lot of licensing agreement that needs to happen. That licensing agreement is both for languages, what languages we can actually broadcast or show, and also what countries can have them,” she said.

Asked how the team deals with existing subtitles for content owned by a different studio, Rokni said “subtitles are considered kind of like an IP. So if the title was owned by Disney, for example, or by some other big or small studio, we don’t necessarily have the right to change those subtitles. But what we will do depending on how disruptive that experience could be for our members, is go back to them and give them feedback and ask them for a re-delivery, but we can’t change them ourselves.”

Asked whether Netflix has plans to expand into China, Rokni said that although the Netflix UI and content is available in traditional and simplified Chinese, “we have some geopolitical reason not to be in China at the moment; and some of the requirements might not necessarily align with our strategy at the moment.”

“We have some geopolitical reason not to be in China at the moment” — Kathy Rokni, Director of Globalization, Netflix

On the subject of language technology, Rokni said they are currently using speech-to-text tech for the creation of English templates and are investigating machine translation further. “If any technology can give us the creative intent that we’re looking for, we will look into it. So far, that hasn’t happened,” she said.

Revisiting one of 2018’s hot Netflix stories, one audience member inquired about Netflix’s strategy for recruiting and training linguists now that Hermes has been shut down. Allison Smith, Program Manager at Netflix, reiterated that although recruiting and training linguists was not within Netflix’s core competency, “it was well within the core competencies of a lot of the vendors we worked with — so we decided to take that testing, training, recruiting, and onboarding, and move that to our vendors.”

A full video of the Netflix presentation and Q&A was published on YouTube on July 6, 2019.