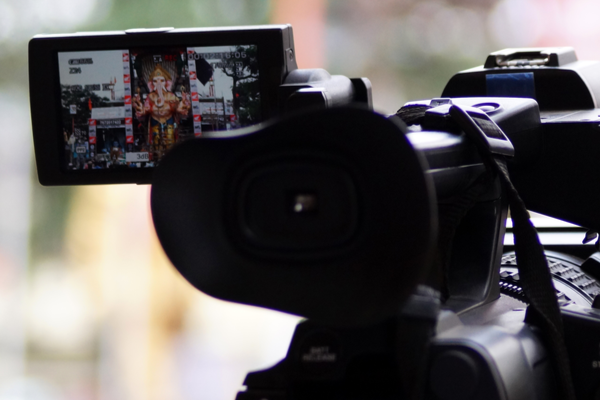 If there is one sector in India that is witnessing strong localization activity and growth, it is multimedia. And, while it has been more than two decades since dubbing, voice-over, and subtitling first made their mainstream media appearance in the country via National Geographic / Discovery content, the game is much changed since then, thanks to the entry of global over-the-top (OTT) players such as Amazon Prime Video and Netflix, as well as the mushrooming of Indian platforms Hotstar, AltBalaji, Zee5, and at least two dozen more.

A report from the Boston Consulting Group estimated the Indian OTT market to grow to USD 5bn by 2023. As this vertical grows, so will the demand for multimedia localization.

Just as Internet Indian-language users now number more than their English-speaking counterparts in the Indian cyberspace, rural users of OTT have overtaken their urban counterparts. They speak a range of languages such as Hindi, Bangla, Tamil, Telugu, and mostly view OTT content on their phone. The latter would not have been possible if not for the rapid increase of Internet speeds at affordable rates through the efforts in the last couple of years of Internet service provider Reliance Jio.

A substantial volume of content is localized from English into Indian languages, but Indian into English is also a growing direction. Biraj Rath, CEO of Braahmam, a language service provider (LSP), said that local Indian languages into other major languages will also take off in the coming years. Given that revenue from “overseas theatricals” has been steadily on the rise, Rath may have a point.

While the typical Indian LSP may have the linguistic resources, translators are not necessarily the best fit even for subtitling, let alone dubbing and voiceover, which require different skills.

Braahmam’s Rath said translators in India are used to working with text and do not have enough experience with creative audiovisual content. “Sometimes, we found that they were not even watching the movie and were just going by the transcript, rendering their translation rather flat and irrelevant,” he says. Still, a translator is the closest thing to raw talent for subtitling.

The resource crisis in multimedia localization is not specific to India, but is faced worldwide by OTT players and their vendors.

Rahul Bhatia of Indian LSP BOL Media said it would be hard to find a single vendor in India that would position itself as the one-stop shop for AV localization. Companies are currently scrambling to cater to subtitling as there is higher demand and it is regarded as having a relatively low barrier to entry compared to dubbing. The latter mostly gets done at small studios, indicating supply fragmentation.

The lack of training institutes for the skills required in multimedia localization compound the problem. No college or university in India offers such training. Private institutes do exist, but far fewer in number than ideal, and the kind of training they offer varies in quality. The lack of training is common across the larger localization industry in India, which results in some leading LSPs taking the initiative to train young graduates into professional translators.

Vendors would also have to seriously invest in server infrastructure and computing power to handle heavy AV files.

Vendors would also have to seriously invest in server infrastructure and computing power to handle heavy AV files, according to Rath. This is one area where global players entering the Indian market would have an advantage.

Some moviegoers in India may remember cringing at dubbed versions of Jurassic Park back in the 1990s. They just did not sound right. Yet the dubbed movie drew huge audiences throughout the country, which was just opening up to large volumes of international media content via cable TV. Subtitles were so often riddled with errors or just plain out of place that they inspired a dedicated Tumblr page that chronicled them.

The quality of audiovisual translation has taken a positive turn since then thanks to global OTT players raising the bar, as pointed out by Mona Ghosh Shetty of Sound and Vision in an interview published in The Economic Times.

Many among the current generation prefer the more colloquial Hinglish (Hindi + English), rather than pure Hindi, according to Rahul Bhatia, BOL Media.

There are as many as five quality checks, both manual and automated, before subtitles are rendered into film. Subtitlers now have to comply with style sheets as well as strict formatting requirements, such as fitting every subtitle per frame inside a “42 into 2” format — which means only 42 characters in each line, and only two lines per frame. Indian fonts take up more screen space, so it is a balancing act to retain meaning without breaking formatting.

Tailoring the translation to the viewer profile is another challenge, BOL Media’s Bhatia said, as many among the current generation prefer the more colloquial Hinglish (Hindi + English), rather than pure Hindi.

Lobbies from the Kannada movie industry have protested the dubbing of movies from other languages into Kannada, the chief language of the state of Karnataka in southern India. They argued that dubbing would lead to the dumping of other-language content and destroy local (Kannada) content.

However, a very active online forum of Kannada consumers have taken up the cudgels for dubbed content, arguing that it is their right to be able to watch any movie or TV series in their own language. For now, the consumers have won. The anti-dubbing lobby also seems to have realized that dubbing is a two-way street, taking Kannada content to new horizons as well.

For companies offering multimedia localization elsewhere, there is more to it than just catering to OTT clients. Not so in India, where their fate will remain closely aligned with that of the OTT players.

Robust demand for OTT content is already coming in from non-urban, Indian-language users, and will continue to do so in the foreseeable future. This also happens to be a fast-growing user demographic in India’s internet. As such, streaming platforms must prioritize their content preferences — and that begins with localization.

Robust demand for OTT content is already coming in from non-urban, Indian-language users, and will continue to do so in the foreseeable future.

Demand creation will not trouble localization vendors as much as coping with the demand will. The supply side is, more or less, vertically split with subtitling on one side and dubbing on the other, with only some international companies proving to be the exception. But even these companies cannot hope to monopolize the market. There is simply too much content out there for that.

Time will tell if the new crop of Indian vendors will rise to the challenge of supplying both subtitling and dubbing. All vendors, foreign and Indian, are looking at a huge resource crunch. And unless some of them step up to train the workforce, the current situation may pose a big challenge to their growth plans.