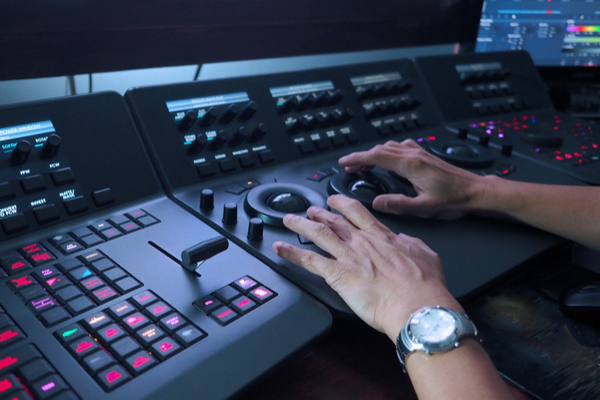 The media sector continues to ride an upward growth curve owing to video on demand (VOD) and over-the-top (OTT) platforms like Netflix. Behind the scenes (pun intended) media technology feeds the continued boom; while, on the tail end, media localization reaps the benefits and helps further proliferate content.

PFT has around 2,400 employees in five continents, according to Director of Localization Matteo Natale. “We have operations in major content markets around the world — Los Angeles, New York, London, Johannesburg, Mumbai, Sydney — close to studios, broadcasters, and brands,” he said, adding, “Our top markets in terms of client concentration are North America and India.”

“OTT/VOD players have definitely spurred a major surge in the demand for content localization services due to their increasing global reach and their interest in offering a greater choice to their viewers,” Natale told Slator.

Several factors led to this, according to Natale. He said original content creation has exploded and is now commonly offered both dubbed and subbed in different languages, instead of just one or the other. He said broadcasters are trying to tap into new monetization avenues as well.

Hundreds of People, In-house and Freelance

PFT’s localization team is huge: around 200 subtitlers, 30 full-time sound engineers, and 30 voice directors for dubbing, as well as five senior QC staff; not to mention the talent handling complex motion graphics work, video editorial, transcodes, and others. And then there is Natale and a few more in management roles.

Natale has a Media Studies degree from Pomona College and a Supply Chain Management MicroMasters from MITx. He spent the last 10 to 15 years in post-production and content localization, starting as a voice actor and editor and, later, a freelancer subtitling for SDI Media. He worked his way up to management roles in a different company and joined PFT as Director of Localization in 2018.

PFT employs a glocal approach, according to Natale; global infrastructure, local management. He said they work with both in-house and freelance talent, relying on in-house teams at the front and back ends to ensure high quality.

Front-end work includes creating annotated translation templates, creative instructions, and other materials, as well as QC of supplied materials prior to translator input. Back-end work includes linguistic and technical QC steps and finishing deliverables in-house. All these are provided 24/7, with project managers constantly available in a client’s time zones.

For the more complicated processes for dubbing and related services, Natale said they also work with freelancers and in-house talent. He noted that dubbing projects, for instance, requires some flexibility, especially when working with established voiceover professionals.

He explained that PFT partners with creative directors for studios for localization projects like major theatrical releases, shows for OTT platforms, TV ads, and branded content, adding that PFT has recording and mixing studios in New York, Mumbai, Delhi, Kolkata, and Chennai, as well as access to global partners for all languages and locales where there is demand.

Thousands of Hours of Media Localization

Natale said 70% of the volume of localization work they perform is focused primarily on English and Indian Regional Languages, from Hindi to Kannada to Marathi. He noted, however, that they have observed a rapid increase in other language pairs.

“Overall, we currently subtitle more content hours than we dub. This demand is generally based on a region’s history and preferences,” he said. “For example, entertainment content aside from children’s content is generally subtitled in languages like Danish, Dutch, Norwegian, and Swedish, while it’s dubbed in French, Italian, German, and Spanish.”

“We deliver over 35,000 hours of Subtitling and Closed Captioning and 7,000 hours of dubbing annually, with a trend of increasing annual demand over all localization service areas,” Natale said. The content types PFT works on spans films for broadcast, OTT and theatrical releases, ads, serials, documentaries, animation, gaming, and e-learning.

PFT’s proprietary CLEAR platform does most of the heavy lifting along the media pipeline, including localization.

The company’s CLEAR Vision Cloud automates part of the pipeline, according to Natale: “We have been able to partially automate certain localization operations including transcription, translation, time syncing, memory tools, and syncing with scrip.” He added that this affords up to a 60% decrease in manual effort and 40% cost reduction.

PFT’s tech stack includes the CLEAR platform’s own Secure Subtitling Tool, as well as external tools like Swift, MacCaptions, Cavena, and EZtitles for subtitling. “For text to text translation, we use translation memory, machine learning tools, and more,” Natale added. He declined to name vendors, however, due to non-disclosure agreements.

As for neural machine translation (NMT), he said: “While we are exploring applications of technology like NMT, its usefulness is currently limited in audio-visual translation, mainly due to the amount of context necessary to inform a good translation or adaptation of a most entertainment content.”

“Since translation is a highly nuanced skill, it typically takes experienced, qualified talent to translate creative content into a different language,” Natale said. “In this sense, content localization is often really closer to transcreation.”

He said that where MT input is suitable, PFT invests in developing custom machine learning models to emulate the particular “style” of translation by human editors.

“As part of our intensive R&D efforts, we will definitely leverage the ‘process’ of building NMT models at scale, while upholding the highest standards of customer data security,” he concluded.