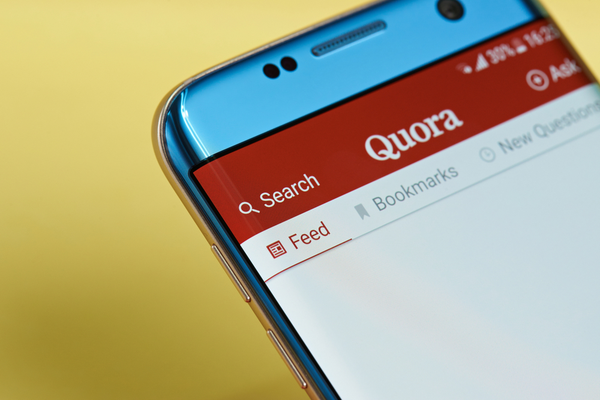 Silicon Valley was quick to catch on to the potential of question and answer website Quora.

As early as March 2010, just two days after the California-based company had secured its first funding round and two months after the platform had been launched in private beta, TechCrunch said, “there’s a magic to Quora that has captured Silicon Valley’s imagination.”

Within seven years, Quora would join Silicon Valley’s startup elite to officially become a unicorn, with a valuation of USD 1.8bn in April 2017. This was right after the company raised another USD 85m in Series D round, bringing the total funding raised to USD 226m.

The company explains in a blog post that this was achieved after “years of carefully cultivating an intelligent question and answer community.”

The concept is pretty simple: you ask a question, and Quora’s community of users will answer the question. The laser focus on quality exchange among users and the resulting high level of engagement from its estimated 200 million unique visitors is what keeps the conversation going.

Two years ago, the website started on a mission for global expansion when it launched its first service in a foreign language (Spanish).

“We know it’s important to expand to other languages, and that’s what we’ve set out to do over the last couple of years. We’re now available in 9 languages, and excited to continue to expand that number in the coming years,” says Shreyes Seshasai, Head of Product for Internationalization at Quora.

In 2017 alone, Quora was made available in four languages — Japanese, French, Italian, and German. This year, it launched in Hindi, Portuguese, and Indonesian.

“Overall engagement in new languages in other countries has been increasing greatly since we first launched, which has been exciting to see,” Seshasai tells Slator.

“Most of the questions and answers are high quality and coming from people who live locally in these countries and cover topics that are relevant to them. For example, in Italian Quora, most of our users live in Italy and write about topics that affect their daily lives there, and overall the product feels natural to them as native Italians,” he adds.

So in true Quora fashion, we are sharing our email interview with Quora’s Seshasai — in a question and answer format.

Slator: When you launched the Hindi version of Quora, one of your executives was quoted as saying that you have plans to launch the website in other Indian languages. You’ve also launched in Japan and Indonesia, two of the biggest markets in Asia. What is your language roadmap for the next two years?

Seshasai: We’re planning on launching in many new languages over the next several years, but not ready to announce specific ones just yet. You can expect more languages in Asia including India, Europe, and other parts of the world.

Slator: Kindly walk us through the localization process for Quora. How do you localize a Q&A platform in other languages?

Seshasai: Once we decide we want to launch into a new language, there’s a lot of work that goes into getting the product ready. From a localization point of view, the first thing we do is create a style guide and glossary for that language. This makes sure that all areas of the product will have a consistent feel to the user, and also makes sure that we’re choosing the best translation for important terms that have a significant effect on how users use the product.

Working with localization specialists (often freelancers), we then do an initial pass at translating most of the UI strings in the product. This unblocks us from now starting to use the product itself in that language, but we don’t open it up to everyone immediately.

We first then test the product with a small set of employees and external users who know that language well and collect a lot of feedback from them about translations that feel off. Often a translation that may make sense when you’re just looking at the string individually doesn’t make sense in the context of where it is in the product.

Once we’ve done this QA of the translations in the product, it’s ready to be launched to the public. There’s a lot of other work that goes into the launch itself, in terms of raising awareness of the product in these new countries, encouraging users to contribute Q&A to the product, fostering a healthy early community of these users, etc.

On an ongoing basis, we use a language service provider to translate any new or updated strings in the product. Because the product is constantly changing, we’re always auditing translations from the LSP, and always on the lookout for feedback from users.

Slator: How big is your localization team? Do you outsource work to freelance linguists and language service providers?

Seshasai: We have a relatively lean team that works on localization. We have a localization manager in-house, who helps coordinate work across all of our different translation resources and works cross-functionally with our development and marketing teams.

On the development side, we have a team of a couple of engineers who help build and improve all of our localization tools and abstractions in the codebase for making it easy to extract strings and handle any language specific features. In addition to just the translation itself, there are different parts of the product itself that need to change in order to feel native in different languages.

Slator: Can you disclose translation volume (how many words per year)?

Seshasai: We’d prefer not to disclose this, in particular, because it’s changing pretty rapidly as we expand to more languages and the product evolves.

Slator: What kind of technology do you deploy for translation?

Seshasai: When we first started the work to support multiple languages, we built a custom in-house tool to manage translations of strings and communication back and forth with our language service provider. That worked really well for the first several languages, but as we’ve scaled up the number of languages we support we decided to move to a more robust and feature-full tool.

The main tool we use now is Transifex. This is a translation management system that supports many of the important features you’d want to ensure efficient processes and high-quality translations, such as translation memory, translation glossaries, team management, context around strings, multiple stages for auditing, etc.

It also has an API that we’ve integrated with our internal codebase so that strings can be submitted and returned for use in a timely way.

Slator: What are some unique localization challenges Quora encountered as a Q&A platform?

Seshasai: One of the unique parts about building the Quora product is how fast the product evolves and improves, which is enabled by our continuous deployment process. When a developer pushes new code into our codebase, that code is deployed immediately into the product and the results are now visible to anyone using the product.

This means we could end up releasing a new version of the Quora product hundreds of times a day. We’ve continued this practice over the years, even with over a hundred developers working on the product.

From a localization point of view, this poses a challenge because this means that a developer could push a new UI string to production, but that string needs to be translated to all of the languages we support.

To account for this, we’ve built ways to quickly extract strings from our code even before it’s launched, fallbacks in case translations aren’t ready, and monitoring to track the effect on users. For more details, check out this post from Veni Johanna who leads the development of this system.

Slator: What are the innovations you have introduced to make localization not only effective but also cost-efficient?

Seshasai: A lot of the innovation for how Quora does localization comes in the area where developers are interacting with our translation API. Other companies that we’ve talked to have spent a lot of time optimizing and cutting costs on the side of how they work with translators and do QA to get good results.

This is very important but is missing a big piece of what it takes overall for a company to be effective at localization, and that’s making sure that it’s integrated well with the processes and principles of how the team does product development.

Keeping development velocity high is an important principle in how we do product development at Quora, so an effective localization system for us would achieve both high-quality translations and minimal friction/delays in terms of how fast we can push code and iterate on the product.

An effective localization system for us would achieve both high-quality translations and minimal friction/delays in terms of how fast we can push code and iterate on the product.

Slowing down an engineer by 5% because the code is now harder to read or debug isn’t acceptable. Likewise, delaying launches by a week while waiting for translations to come in wasn’t acceptable. So we designed the system with these goals in mind from the beginning and netted out to a place that has worked really well for us so far. This post from Veni Johanna describes the details of how we went about building this.

Slator: What is your take on machine translation? Do you see Quora deploying it in the future? Or are you using it now?

Seshasai: It’s been great to see a lot of advancement in machine translation technology, in particular over the last couple of years. It’s something that we’re following closely and I know will continue to improve. Currently, we do not use it in the product UI. While it is faster and cheaper, the quality is not at a high enough level right now to use it for our user-facing product.

The quality of the content that users contribute is a distinguishing factor for Quora compared to other similar products, and we want our UI quality to match that high-quality standard and convey the right tone to our users. That said, as machine translation continues to improve and we expand to more languages, we would consider it in the future.