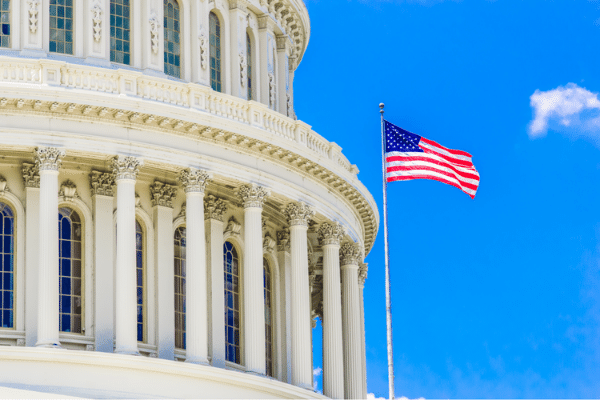 Over 50 participants joined the Association of Language Companies (ALC) for its annual advocacy event, ALC on the Hill, to lobby US politicians on issues relevant to the language industry. The campaign, which wrapped up on March 19, 2021, consisted of virtual meetings with 70 offices from 17 states, the District of Columbia, and Puerto Rico.

Among the most important topics covered, worker classification flexibility; that is, allowing translators and interpreters (T&Is) to work for clients and language service providers (LSPs) without necessarily being employees.

On March 6, 2021, House Democrats passed the Protecting the Right to Organize (PRO) Act, an amendment to existing legislation intended to make union organizing and collective bargaining easier for employees.

How and where does the PRO Act intersect with the language industry? It all comes down to the definition of an employee. Although the bill is unlikely to advance in the Senate due to Republican opposition, it has the potential to make a massive impact.

ALC estimates there are 250,000 specialists working in the US language industry, of whom 75% (or 187,500) are independent contractors. The organization specifically lobbied for the PRO Act to include “workable, clear exemptions for knowledge-based industries.”

Their work comes on the heels of a hard-won victory for California’s T&Is after nearly two years of fighting for professional exemptions from gig worker bill AB5, which took effect on January 1, 2020. Amendment AB 2257, passed in August 2020, placed translators under a professional services exemption; certified interpreters are exempted when working through a referral agency.

The solution is far from perfect, ALC Advocacy Consultant Bill Rivers told Slator, since LSPs typically do not function as pure referral agencies.

“If substantially similar work is being done on the premises by employees of the client, they’re not supposed to engage referral agencies,” Rivers said. “That restraint on when a client can use a referral agency is vague, and could be problematic.” For example, if a hospital employs on-site Spanish interpreters, can it bring in independent contractors to interpret other languages? What about contracting additional Spanish interpreters as needed?

Another complication is the certification requirement. In the US, interpreter certification is available for a limited number of languages and for select subject matters (e.g., medical and legal interpreting). How will schools identify qualified interpreters for, say, parent-teacher meetings if no specific “educational interpreting” credential exists?

“I think the upshot is the California Department of Industrial Relations and the Employment Development Department will have to issue regulations to indicate how this law is going to work,” Rivers said. “At some point there will be audits and court rulings to sort it out.”

Outside of California, ALC is watching New Jersey and New York for similar legislation. The CARES Act, signed into law in March 2020 in response to the coronavirus pandemic, has temporarily relieved some of the pressure by allowing states to extend unemployment insurance to independent contractors.

ALC President Susan Amarino hopes other states will take note of the many challenges California T&Is, as well as professionals in other industries, encountered in the wake of AB5.

“Look at all the aspects. Everyone is affected by this,” Amarino said, adding that a bill such as AB5 “doesn’t help anyone, at least not in our industry.”