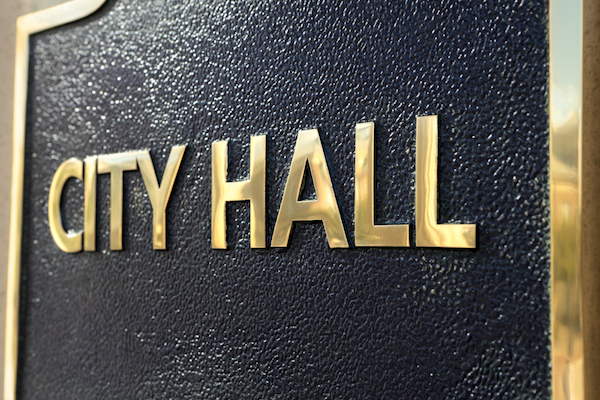 Throughout 2018, the public sector figured prominently in Slator’s coverage of the language services market. Stories ranged from huge government contracts worth hundreds of millions of dollars to high-demand verticals to interpreter strikes and threatened boycotts.

This article is a brief rundown of 54 stories related to the public sector published in 2018. They are broadly categorized into themes spanning:

US government spending on language services reflects just how much of a major market player the public sector is for the language industry. Indeed, just two months into the year, fiscal 2018 US federal spending for language services already exceeded USD 100m, according to data from USASpending.gov.

Not to be outdone, Queensland, Australia kicked off an AUD 76m (USD 53.89) language services contract “to meet the growing language needs of the immigrant community” in February 2018. Towards the end of March, Denmark stepped up and tendered out a massive DKK 520m (USD 86m) interpretation services contract for 12 government agencies all related to public order and safety. Denmark-based EasyTranslate eventually ended up being the sole provider for the contract.

Clearly, the year was off to a soaring start in terms of public sector demand.

Come April, the World Intellectual Property Organization (WIPO) called for an Expression of Interest (EOI) from language service providers (LSP) for two-way human translation in certain language pairs, which would potentially mean doling out a total volume of 11 million words annually if it ever came to tender. Meanwhile, in the same month, France awarded a EUR 4.2m language services contract for medico-social interpreting and written translation services for the city government. But Denmark was not quite done yet—just a month after the massive USD 86m tender, the country issued a fresh one for interpreting services worth DKK 63.1m (USD 10.5m).

In May 2018, the US federal government proved its big spender status once again with five contracts from the US Drug Enforcement Administration (DEA) worth USD 260m awarded to three providers. Come June, a justice and litigation services and interpretation contract worth EUR 24m (USD 27.42) was awarded by Finland’s centralized procurement unit, Hansel. A month later, the EU offered an EUR 5m grant (USD 5.71m) for low resource language data and machine translation (MT).

Meanwhile, in the Netherlands, the Justice Ministry tendered out EUR 8m (USD 9.14m) for translation services for the Hague in August. The same month, in another MT-related contract, the US Army awarded USD 4.5m for its Machine Foreign Language Translation System (MFLTS) project. And back in the EU again, the European Asylum Support Office (EASO) tendered out EUR 94m (USD 107.42m) worth of interpretation, cultural mediation and remote interpretation services.

In November, the US Department of State (DOS) renewed a USD 15m to USD 20m contract looking for 1,000 linguists for diplomatic and foreign affairs activities, and the European Parliament’s Directorate General for Translation (DGT) tendered out three new translation contracts (though the story was published December). Only the third tender had specified award amounts: a maximum value of EUR 225,000 (USD 255,400).

The public sector is a major buyer of translation and interpretation services the world over, but its impact on the language services market extends far beyond its spend. In 2018, a dozen published stories were about issues and conflicts with public sector contracts.

The start of the year saw a story about the Irish High Court ruling in favor of LSP Translation.ie, lifting the suspension of its translation service contract for the state’s immigration service and the Legal Aid Board. Dublin-based rival World Perfect Translations filed a legal challenge regarding the awarding of the contract, claiming “manifest errors” in the awarding process that rendered its “integrity and transparency” questionable. A few months later, the country’s High Court dismissed Word Perfect’s challenge.

Meanwhile, in Japan, a government crackdown on media piracy saw five Chinese nationals detained for the illegal translation and distribution of manga and games without the required permission or license. Down under, Australia’s Fair Work Ombudsman—the country’s workplace regulator—was criticized for relying on a Microsoft Translator integration to launch multilingual versions of its comprehensive website.

And this year, US-based SOS International (SOSi) lost a consolidated complaint for unfair labor practices that was served in June 2017, with a judge for the National Labor Relations Board (NLRB) ruling in favor of non-staff interpreters. In California, where amendments made to the Labor Code and other state laws over the past few years have caused some friction in terms of interpreter compensation, yet more interpreters found issue with new pay structures proposed by the California Division of Workers Compensation (DWC).

Over at the European Parliament, proposed changes in working conditions saw around 60% of their interpreters going on strike. A group of MEPs sided with the interpreter’s plight and displayed their solidarity by cutting off mics during a meeting in Strasbourg.

Back in the US, a group of language industry representatives stepped up lobbying efforts to impress upon Capitol Hill their concern over “new, ‘disruptive’ employee classification regulations.” Meanwhile, two other lawsuits alleging mistreatment of linguists and a recruitment scam involving US federal government contracts also shone a light on other translator and interpreter concerns.

And before the year ended, the massive contract worth USD 80m that EasyTranslate nabbed is already coming under fire from hundreds of interpreters threatening a boycott over issues such as lower fees.

With government bodies being such big spenders in language services, it comes as no surprise when they provide some backing and support for the language industry. For instance, China’s massive initiative called One Belt One Road (OBOR) includes some very positive tidbits for the language services market. Beijing has also reached out to the bilingual public to help with poorly translated public signage.

In Hungary, a new law helped reduce red tape for linguists and service providers as it ended the monopoly on attested (or certified) translations. Over in the US, the United States Access Board’s update to the Electronic and Information Accessibility Standards is proving to be a boon for media localizers.

Of course, government regulation can also have adverse effects on the language services market as well.

Just take MIFID II (ESMA Markets in Financial Instruments Directive) for example: the regulatory update will reduce the amount of research being commissioned to investment brokers, which in turn will carry over to LSPs in financial services.Or Slovakia’s new amendments that punish official translators and interpreters for ‘professional mistakes.’

Then there are far-reaching regulatory changes like the EU’s GDPR (General Data Protection Regulation), which is impacting on how companies (including LSPs) are required to handle content.

So the contracts keep coming and issues keep surfacing, but other stories also made clear the status and outlook of public sector language services.

For instance, the US’ healthcare and legal systems are now in much more need of linguists for a variety of reasons. For instance, Parkland Health and Hospital System in Dallas, Texas wants to spend over a million dollars to double its number of in-house Spanish interpreters.

The spike in demand was picked up by several local media outlets at the start of the year and again during summer, when a slew of media coverage also highlighted the need for more skilled interpreters and translators, among other issues. Perhaps it is no wonder that the US Bureau of Labor Statistics predicts strong job growth for translators and interpreters, with total number of jobs for linguists set to grow by 18% from 68,200 in 2016 to 80,300 by 2026.

Meanwhile, over at the EU, the uncertainty over English language use in the face of looming Brexit was cleared up a bit by communication from the European Commission indicating that “the withdrawal of the United Kingdom will result in a limited reorientation of some functions within the administration but the scope of activities will not change – and in some new priority areas will be intensified.”

Back in England, a top judge predicted bleak job prospects for interpreters when he commented: “I have little doubt that within a few years high quality simultaneous translation will be available and see the end of interpreters,” much to the chagrin of MT researchers and linguists.

Indeed, MT still has a while to go—just take the case of a US court finding that Google Translated consent to search was not admissible for legal proceedings.

Meanwhile, in a couple of compensation-related stories, the Swiss Government’s 40 cent minimum translation rate had been repealed, and interpreters in Victoria, Australia won big with an approved funding increase that improves their pay rate and working conditions.

February saw a story about Canada’s Translation Bureau, one of the world’s largest public sector buyers of language services that handles 354 million words annually, reaching out and tendering a request for information (RFI) soliciting feedback from the Canadian language industry on the current procurement process. Another story the same month centered on NATO’s recruitment and training of Francophone translators.

Other stories revolved around people, like the new head of Germany’s Federal Office of Languages and its 1,000-strong workforce, US President Donald Trump’s interpreter who found herself at the center of a political media firestorm, and Switzerland’s new Federal Councillor who was formerly a conference interpreter.

Over in the US, California finally embarked on a USD 3m medical interpretation study—a study that during mid-2017 had already been labelled as progressing too slowly. Lastly, the US Bureau of Industry and Security, an agency of the United States Department of Commerce, wanted to collect comments over whether or not MT was a matter of national security.