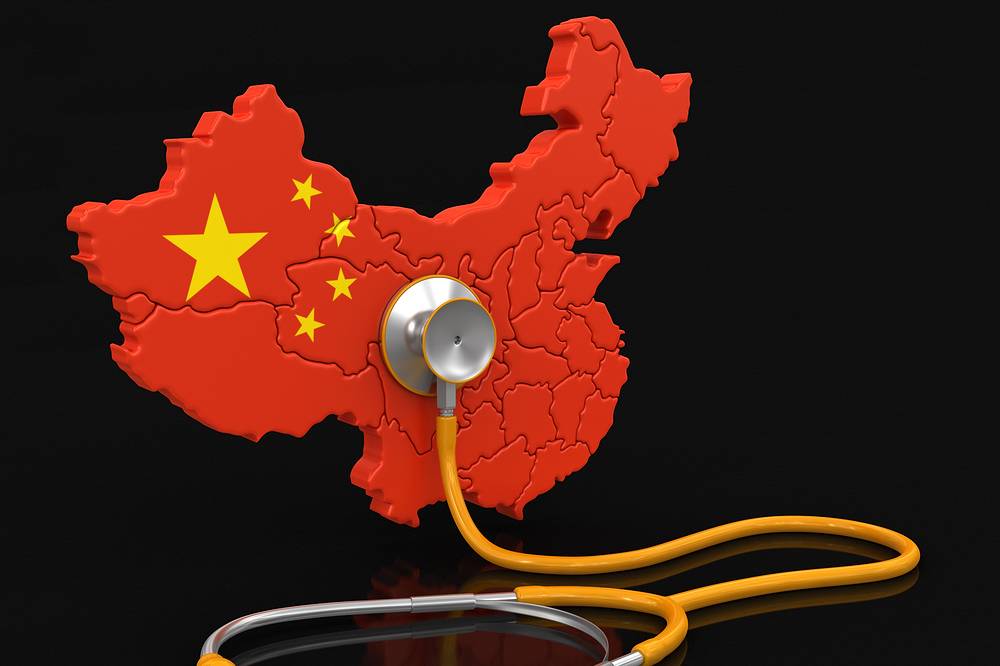 With a growth rate of 20% annually over the past decade, the China medical device industry has gone from over USD 38bn in 2014 to an estimated USD 45bn in 2015. A significant slice of that pie comes from US medical device manufacturers.

US exports of both implantable and non-implantable devices to China increased 147% to USD 2.4bn between 2008 and 2013, per latest available figures from the US International Trade Commission (USITC).

According to the USITC, the United States is currently the largest, single-country exporter of medical devices to China. Many American companies have established research labs and manufacturing operations in the country, aside from acquiring local producers and forging partnerships with universities and teaching facilities to make more headway into the Chinese market.

Still, there is a huge opportunity in China for American medical device companies that are small to medium enterprises (SMEs), especially because of the local perception that imported products are of higher quality and more advanced due to R&D—and the companies that produce them, more credible. It is because of this bias for foreign products, particularly American brands, that US medical device manufacturers get nearly 75% of local revenues from Tier 3 Chinese hospitals, with the remainder coming from Tier 2.

“Chinese hospitals consider US products to be of superior quality [and] the most technologically advanced…they particularly welcome medical equipment with high-technology content”—Export.gov

Tier 3 hospitals are the most sophisticated and carry the latest medical technologies, most of which are imported. Tier 2 hospitals operate in cities, counties, or districts. Tier 1 hospitals function in rural areas and have limited capabilities, which is where Chinese brands dominate. Case in point, Tier 1 hospitals primarily use Mindray, the largest Chinese medical device manufacturer that has dominated the local market for years, while imported devices are used for more advanced diagnoses.

But things may change.

According to US government export portal Export.gov, in an effort to capitalize on China’s growing medical device market, “US firms have expanded their local presence in China while also targeting the country’s rural population.”

There is one major barrier to entry, however, especially for Western SMEs—brand identity. A report published in June 2015 by the EU SME Center and the China-Britain Business Council revealed the majority of Chinese hospitals have little to no awareness of Western SME brands because of the dominance of large foreign players in the high-end China medical device market.

More importantly, the report underscores that language is still a significant barrier to growth. And with that, translation is often needed when marketing technical products, software, and training materials.

“It cannot be underscored enough that understanding and sensitivity to language is paramount in China,” says TranslateNow founder and CEO Matt Arney.

“You can jump all the hurdles and get through the red tape, but if you don’t properly localize your materials, it is just a giant waste of time,” he points out.

“The most significant change to the CFDA registration process…is the closing of the loophole that enabled Class III high risk to avoid a clinical trial”—Landon Lack, CEO of China MedConnect

Want in to China? Translate These.

The China Food and Drug Administration (CFDA)—the organization that polices the life sciences gateway into China—broadly defines medical devices. As such, CFDA translation requirements cover medical devices for the diagnosis, prevention, monitoring, treatment or alleviation of disease, as well as for injury or handicap; the investigation, replacement, modification for anatomy or a physiological process; and controlling conception.

Similar to the US FDA, the CFDA classifies medical devices by degree of risk. Both use Class I, Class II, and Class III, with the latter considered the highest risk.

However, there is no direct correlation between US and China device classifications.

In order for a device to be considered Class I in China, it must be on the Class I device list. If it is not on the pre-defined Class I list, then it becomes a Class II or Class III device by default.

Class I devices require only a minor amount of translation work and are essentially a self-filing procedure. All paperwork must meet the requirements, be properly translated into Chinese, and submitted to the CFDA Inspection Center.

Additionally, there is a separate set of documents that must be prepared and translated into Chinese for the initial device type testing, which is one of the first steps in the CFDA registration process.

“It takes 14–18 months from the initial registration of a medical device in China until it reaches the market”—Matt Arney, CEO of TranslateNow

The full dossier to be translated into Chinese and submitted to the CFDA Inspection Center after type testing must, at the very least, include the following:

Note that every Class II and Class III registration undergoes an initial technical review, followed by a request for supplementary information and, possibly, supplemental testing. All supplemental materials must also be translated into Chinese and submitted to the Inspection Center within an allotted time frame after the supplemental notice is issued.

On top of all this, the CFDA is very specific about things like the paper application dossiers are printed on (A4) and documents from government and other institutions (original size).

Even more noteworthy is that, although Beijing has spent north of USD 330bn in the past five years to harmonize medical device regulations with those that guide the US, EU, and Japan, China’s regulations are only getting stricter; as was the case of the research-only loophole common in the US and the EU that was closed from June 1, 2016.

According to Landon Lack, CEO of China MedConnect, the greatest impact on US medical device companies has come via the closing of the loophole that enabled Class III high-risk devices (including long-term implants) to avoid a clinical trial with the CFDA.

The loophole, “widely used by all medical device manufacturers from the US and Europe,” says Lack, essentially allowed a manufacturer who had previously registered any device (including Class I) to avoid a clinical trial with a new device registration, even if it was a Class III long-term implant. This is no longer the case.

Under the new CFDA regulations, any Class II and Class III device not on the published Clinical Trial Exempt List must perform clinical trials in China, unless the manufacturer applies and wins an exception to this requirement.

To apply for an exception to the clinical trial requirement, Lack explains, “manufacturers must be able to clinically compare the safety and efficacy of their product to a similar product already registered with the CFDA and used in the Chinese market.”

No surprise, therefore, that as TranslateNow CEO Arney points out, “It typically takes 14 to 18 months from the initial registration of a medical device in China until it reaches the market.”

Lack concurs, saying, “For Class II and III medical devices, the fastest manufacturers can obtain CFDA approval in China is 15 to 18 months; many times, even longer.”

“When you sign up with a [Chinese] distributor…You can’t leave them; they have to release you”—Matt Arney, CEO of TranslateNow

If the product already available in the Chinese market is a competitive product, imagine how difficult it would be to legally obtain the required information. The manufacturer entering the market will have to rely on publicly available information (probably limited) or get the consent of the competing manufacturer to share and use his information. Quite a burden.

So it is likely that the number of clinical trials for regulatory requirements will increase significantly. As such, the need for accurate and efficient language translations will increase alongside. Some foreign medical device companies have tried working with a Chinese distributor or agent they hope will expedite approval for their products.

“The problem with a master distributor in China is that there’s a lot of risk involved,” says Arney. “When you sign up with a distributor, you’re stuck with them. You can’t leave them; they have to release you.”

Even opting to not deal with a Chinese distributor, and hiring instead a facilitator accredited by the China FDA, will not necessarily eliminate the risk.

Amit Kalra, former Head of China at Silicon Valley-based molecular diagnostic firm BioGenex Laboratories, says they saw “the sudden enforcement and increase in regulations by the CFDA around testing procedures,” which left companies scrambling to comply.

Almost overnight, companies had to file “all this paperwork in Chinese, hundreds of pages of diagrams showing how an instrument works, IM, FDA certificates, and so on.” Failure to comply would have resulted in the companies being barred from the Chinese market.

TranslateNow’s Arney, meanwhile, relates the story of one medical device manufacturer who was once told by a certain expediter they had to translate 20 years’ worth of documents into Chinese. “It included decades of animal studies, clinical trials, human studies. Plus all their paperwork over the years had to be translated into Chinese,” Arney recalls.

“Basically, they spent 5% of their annual revenue on translating materials into Chinese—one language. That’s a big chunk,” Arney says, adding, “Imagine what they spent on the other China market-entry work they did. They have probably spent five times that by now.”

While it may seem a daunting exercise to enter the China market, the opportunity for SMEs cannot be denied. Prospective partners and potential acquirers will value the investment of entering and executing in the Chinese market—for so long as it is done in a thoughtful, professional manner.