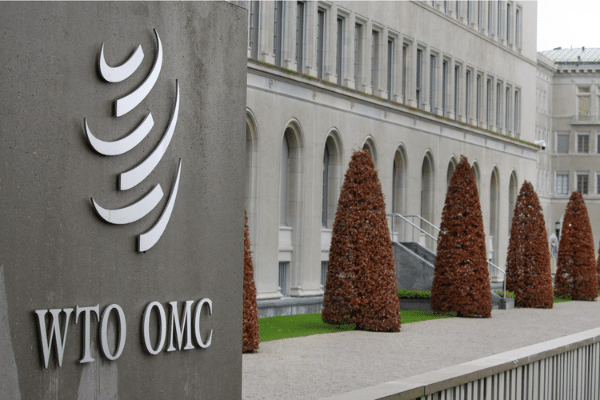 The World Trade Organization (WTO) translates 43 million words and interprets more than 1,500 sessions annually. Overseeing multilingualism at the WTO and the publication of content in its three official languages (English, French, and Spanish) is the Language and Documentation Services Division.

The Division provides interpretation services at WTO meetings, translates official and administrative documents, publishes these documents in print and on dissemination platform Documents Online, registers notifications of trade measures by Members, and provides graphic design support for publications and events.

All full-time translators and interpreters at the WTO work under the Division, Josep Bonet, Division Director, told Slator. “The headcount of regular staff, according to the establishment plan is 114, of which 46 are translators. The internal interpretation team is made up of five interpreters (i.e., 2.5 booths). All the remaining interpreters are freelancers,” Bonet said.

He added that they also employ 19 translators on short-term contracts, another 20 translators under full-time, retainer contracts, and a variable number of staff for outsourced work, such as printing and graphic design as well as interpretation and translation.

The reason why the majority of linguists working at the WTO are translators is that out of all the documents emerging from the organization only two kinds are not translated: the Daily Bulletin, which is distributed in English, and the Panelist CVs, which are distributed in their original language.

A specific series of documents, which includes policy reports and dispute settlements, are distributed simultaneously in English, French, and Spanish. “All other documents are translated into the other two languages,” Bonet said. “The difference is that they are distributed first in the original language, typically English, and later in the other two. If you search in Documents Online by date, you’ll find that almost all documents are published in all languages.”

This volume adds up to some 43 million words or 86,000 pages, using the WTO’s conversion factor of 500 words per page, according to Bonet, who prior to the WTO headed up various units for two decades at the European Commission’s DG Translation. He pointed out that in other organizations, such as the EU, the same volume would translate into about 130,000 pages (i.e., computed at 330 words per page).

“The WTO is a Member-driven organization and the Secretariat works for the Members. The Members require that documents be received in all three languages, except most room documents or other very short-lived documents,” Bonet said.

To meet the needs of this global, international organization, the Language and Documentation Services Division Director said they work with experienced linguists as well as new graduates and final-year undergraduates. “We offer a limited number of internship opportunities for translators, typically open to selected Master’s Programs with which we have relations.”

After they graduate, the WTO may hire the translators as freelancers; or for short stints as temporary collaborators. “Such contracts allow them to better understand WTO texts and requirements, and to improve their skills and capabilities,” Bonet said, adding that translators can be hired for positions at the WTO after gaining experience for a minimum of two years, typically working for an international organization.

A Wealth of Linguistic Resources

Bonet described the Division’s translation workflow as “quite standard, with some twists.” He explained that all requests — “typically for publication in the original language and for translation and publication in the other two” — go through a centralized platform. A team then checks the documents to be translated for technical conformity, accepts the deadline, and the original document is analyzed against the corpus of past translations.

“Pre-processing returns a wealth of linguistic resources,” Bonet said. “Then a translation job is allocated to one or more translators and one or more revisors. Many documents need to be split among several translators and the revisor plays an important role in guaranteeing consistency. In many instances, a revisor revises part of the text while the translator has not yet finished their task.”

Next, the document goes to the formatting team, then the proofreaders and, finally, the translations are sent back to whoever requested the translation, printed, and uploaded to Documents Online, where metadata are added to facilitate searches.

According to Bonet, “The centralized platform for translation requests was developed in-house over 10 years ago and we are in the process of replacing it with commercial products. A request for proposals (RFP) should be launched soon.”

He added, “We use SDL Trados Studio as a CAT tool and also neural machine translation trained with our corpus, using the basic engines developed by the World International Property Organization (WIPO).” SDL MultiTerm powers the WTO terminology database.

The WTO’s trilingual corpus, which comprises all documents with unrestricted access, is open to the public. Bonet pointed out that the corpus can be useful for machine translation (MT) R&D and translators working in the general domain of trade (e.g., legal and economic texts).

Bonet said the WTO believes in open data and the reuse of public sector information. “The information was collected for our own needs with funding from all the Members. The same data can be of help to the public and the R&D community, and it’s considered the right thing to do, provided that no additional resources are used to make them available,” he said.

The same corpus states, “All documents have been human translated.” Asked to elaborate, Bonet explained that it means humans decided on the final text of all sentences in the document: “In the process of creating the translation, tools might have been used. Thus, MT is increasingly used as part of the translator’s toolbox, mostly in combination with translation memories. We don’t systematically post-edit MT.”

Rather, he said, they make decisions on every translation “based on proposals from an MT engine, a translation memory, or the translator’s acumen.”

Bonet told Slator that translation-related processes have been little affected by global lockdowns, if at all. “The workflows are electronic and collaborators can work from anywhere in the world connected directly to on-premises infrastructure, be it by having their official computer on-prem and accessing it via Remote Desktop Protocol, or by accessing a Virtual Desktop Infrastructure.”

“On the interpretation side, we had been watching and following developments in the field of RSI”

Even prior to the pandemic, collaborators at the WTO used the same infrastructure and resources, whether they worked on site, were freelancing, or teleworking. Bonet said, “Covid-19 just meant that all staff moved to telework and the only issue was whether the infrastructure was correctly dimensioned for so many people. And it was!”

The Division’s translation workload “saw a decrease, but not a dramatic one: less than a quarter less compared to a normal year,” Bonet said.

He added, “On the interpretation side, we had been watching and following developments in the field of RSI, but had no practical experience because we organize our meetings in Geneva, where the market for interpretation is agile and offer is high. Now, we regularly use Interprefy and Zoom with remote interpretation — although the interpreters rightly point out that what is remote is participation, since they always work in booths located in our meeting rooms.”

Aside from preparing to launch an RFP for a new centralized translation platform, Bonet said they are also working on “an initiative to convert our document production line into XML so as to enable single-source publishing into multiple formats with accessibility features. This will lay the foundation for semantic enrichment for better search and retrieval, back-and-forth linking, improved exchange and archiving of documentation assets, and so on.”

After a great decline in the number of meetings, which lasted for a couple of months, life has gone back to normal at the WTO, according to Bonet, “albeit hybrid by default, for now.”