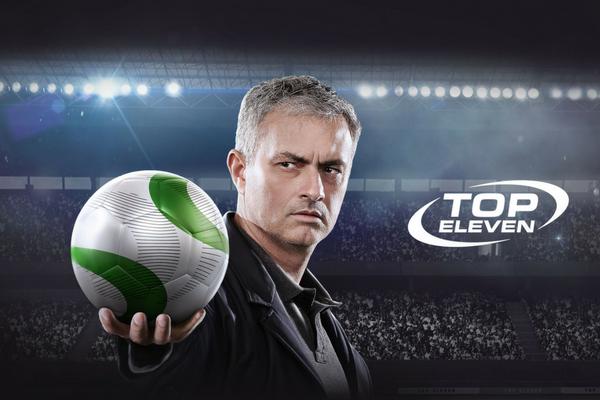 By 2020, the global games market is estimated to grow to USD 143.5bn, while the global box office revenue for the film industry is forecast to increase by only a third of that revenue to USD 50bn.

“Gaming is the largest segment within the entertainment industry; bigger than the film, TV, and music industries,” affirmed Jasmin Jelača, Localization Lead at Nordeus.

The Serbian mobile game developer was among those who have cashed in on this global boom. It’s debut game — the single-player, role-playing game Top Eleven Football Manager launched in 2010 — now has 180 million registered users and is available in 30 languages.

The game allows players to manage their own football club and lets them compete with other players. Judging from the enthusiastic player response, Top Eleven draws on the massive global appeal of and fascination for football across geographies.

Jelača revealed that majority of the daily active users enjoy the game in their localized language.

“Our top languages are English, French, Italian, German, Spanish (EFIGS) plus Russian and Turkish. We have a language tier strategy in place, and for every tier, the scope (how much we localize) differs. For example, we will localize YouTube subtitles into Turkish, but not into Romanian. This strategy is updated every once in a while, and helps us invest our money in a smarter way with a greater return on investment (ROI),” he explained.

Interestingly, the source language of Top Eleven is English UK and Nordeus localizes it into Serbian.

“We made that switch three years ago, as part of an improvement plan to be more efficient and cost-effective. Until then, developers would write strings and push them to us in Serbian. We know the market requirements, and obviously, it is an advantage to publish on mobile through the stores, instead of working with different publishers in every market,” Jelača shared.

All outsourced to LSPs

Nordeus’ localization team of three (Jelača and two localization coordinators) is small compared to its global headcount of 160 employees in 2 countries.

The role of the localization team at Nordeus is to be localization advocates, so the focus is on making an impact on the initial design of new products and features, and not on translation management, according to Jelača.

“Translation management is only one part of the job, the bigger one is localization readiness and localization maturity improvement throughout the organization. We outsource everything to language service providers (LSPs). One is in charge of translation, review, and LQA; the other only for QA scoring,” he said.

He added: “We also have copywriters taking care of the source text, and then we send their work to them for proofreading, translation and review. LQA is done only on bigger release since we’re confident in the quality of performing in-house checks for smaller releases.

Nordeus uses a content management system (CMS) for managing in-game strings and to push notifications, according to Jelača.

“Marketing and player support translations are usually sent to our vendors in CSV files through JIRA. Our back-end is developed completely in-house, with plugins for Unity and other tools that our developers are using. So we get a notification every time a string has been created and/or updated, and we have templates to import/export them to our CMS. Once all translations are added, we can deploy the latest version either to a staging environment or directly into the live version of the game,” he explained.

“Translation management is only one part of the job, the bigger one is localization readiness and localization maturity improvement throughout the organization” — Jasmin Jelača, Localization Lead, Nordeus

He said they can also change the in-game text for the live version whenever they want and don’t necessarily have to wait for a new version of the game itself.

“This is a big responsibility for the team, but at the same time a great advantage to be able to fix typos and minor errors without pinging developers, and without waiting for new releases,” he said.

Jelača describes his team’s relationship with the wider team as “very collaborative.”

“We work with our UI/UX and game designers from the early stages of product/feature development. That way we can make sure that everything is ready to be localized so we mitigate the risk of introducing localization bugs. In doing so, it also lowers the risk of re-translations that need to be done, so being involved early makes all the difference in the world,” he said.

MT Will Definitely Have an Impact

Jelača believes that machine translation (MT) will definitely have an impact on translation and localization in the future.

“There are some really impressive engines out there, such as DeepL. We have played around with it a little bit, but for gaming, we don’t see it being a replacement for human translations anytime soon,” he said.

He concedes, however, that ‘if you rely on user-generated content, and you are able to translate millions of words on a daily basis without too much effort and almost zero cost, it sounds like a great solution.”

“There are some really impressive engines out there, such as DeepL. We have played around with it a little bit, but for gaming, we don’t see it being a replacement for human translations anytime soon”

He added that for in-game chat, a strong MT engine could also help players from around the world connect better and share their experiences.

Nordeus’ second game, Spellsouls: Duel of Legends, is still in soft launch. The company is aiming for a full launch later this year. The game, a real-time PVP and card-based multiplayer online battle arena (MOBA), is available in English and Traditional Chinese (Taiwan), and still in a limited number of countries.

“Currently we’re measuring the data, and so far it looks promising. We have the list of languages for the full launch ready and will start working on the implementation soon. It will cover FIGS, the usual Asian languages, Brazilian Portuguese and Arabic. There could be some challenges with some of the artwork in certain countries (think of skeletons and Mainland China), so we’re working on that as well. And another question is how far we should go with culturalization,” Jelača revealed.

“Games are by far the biggest revenue generators on the mobile stores, and based on my personal experience, many LSPs are evaluating whether to enter the gaming industry and to offer their services to potential buyers,” he said.

His advice? “I’d say – go for it. Just make sure to understand what exactly the demand is, and how it can be covered. The volume will be there, as well as the fun.”