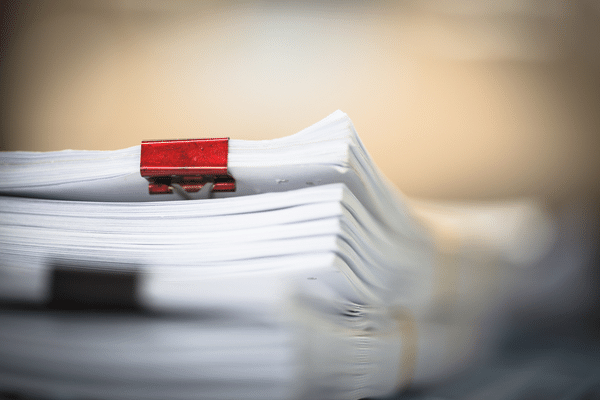 Froltsova points out this is especially true in criminal cases, there having been instances when the firm asked its external translators “to improve their translations, because some details of a suspect, for example, the colors of his clothes, were not translated exactly enough.”

That is why working with external translators requires very strict quality control. “Quality management is one of the most demanding parts of our work,” Froltsova says.

She notes how the volume of translated documents at the firm has been increasing significantly each year. “On the one hand, it demonstrates that our company is performing quite well internationally,” she says, “on the other, it demanded further development steps be taken internally.” So, this year, LGP transformed its translation team into the Competence Center for Legal Translations.

With Froltsova at its helm, the center is “a focal point for all other departments, lawyers, experts, and teams of the company. Undoubtedly, some translations are outsourced locally (i.e., by associates working overseas—Ed.), but the main part goes through the Competence Center,” Froltsova says.

According to Froltsova, while legal and economic documents are translated by in-house translators, the firm uses external language service providers for general and technical translations as well as news and articles.

“I would say we prefer to work with freelancers in general. We know their strengths and personal translation styles, and it is easier for us to choose potentially the best one to match our expectations and needs,” she says.

Froltsova is now approaching her third year with LGP. When she joined the Austrian law firm, she recalls being “very surprised” to find no translation productivity (CAT) tool being used. But she worked to change that.

She restructured translation workflows at LGP and completely reorganized the work with subcontractors, “which led to limited-to-zero cases of delays in delivery and very strict quality and cost control.” She adds, “We learned from experience that translation costs can rocket up to several thousand euros per case.”

The Competence Center Froltsova manages as Head of Translation actually assists colleagues at the firm not only with the translation itself but also related matters; that is, assessing potential costs, controlling invoices, searching for possible outsourcing solutions, among other tasks.

Due to her persistence, LGP now uses a translation productivity tool. They opted for Kilgray’s memoQ. As the volume of translations required at the firm is extremely large, and the structure of certain texts is standardized, in-house translators now all work on a centralized translation memory.

While it is undeniable that machine translation is progressing rapidly, she says “it will take years until translation into some languages like Russian can be performed well by a tool.”

The firm’s headquarters are located in Vienna, where German is the main language for document processing. Meanwhile, LGP branches in Slovakia, Azerbaijan, and Kazakhstan use the local language and, for cases brought before the European court, official EU languages, particularly German and English. For its international cases, LGP lawyers use mostly English.

We learned from experience that translation costs can rocket up to several thousand euros per case—Victoria Froltsova, Head of Translation at LGP

Says Froltsova, “LGP is one of the largest European law firms working with Russia and the CIS (Commonwealth of Independent States) countries; that is why the combination German-Russian and English-Russian is most common, followed by German-English. But we also work with other European languages, such as French, Italian, Spanish, Slovak, or Ukrainian, as well as Asian languages like Chinese.”

LGP comprises approximately 140 employees and lawyers from over 20 countries, and Froltsova says their lawyers “provide legal support to our clients in their mother tongues, which helps avoid any misunderstanding.”

She points out cultural misunderstandings can “considerably detain the work process and even produce a totally fallacious impression of our clients.”

She explains: “The official language of Austria is German. Many think that, as Austria and Germany have some common pages in their history and both use the German language, the legal terminology is applied the same way in both countries. This is totally wrong. Despite evident similarities in legislative systems, the legal terminology differs.”

Before they begin any translation, LGP’s translators ascertain where the original document comes from, Germany or Austria. Only then can they apply the correct terminology.

Froltsova, who is currently working toward an MBA, holds a PhD degree from the University of Vienna and graduated from the Moscow State Linguistic University and the Diplomatic Academy of Vienna. She says, “Languages have always been an integral part of my work, and I cannot imagine working in an environment that is not multicultural.”

Image: Magister iuris Andreas Bauer (Attorney at Law, LGP) and Dr Victoria Froltsova at an event organized by the Austrian Lawyers Association and LGP in July 2016