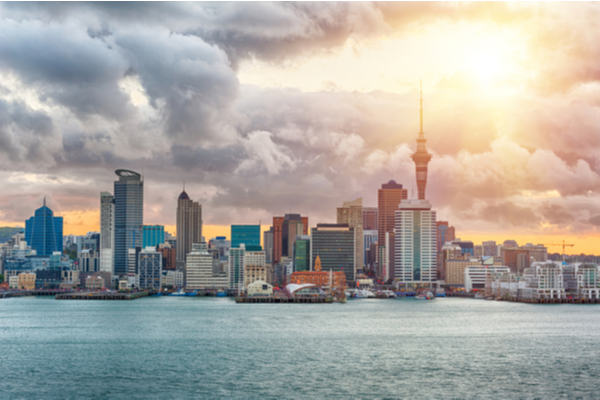 The New Zealand government announced on September 6, 2019 that it has named ezispeak its new over-the-phone interpreting (OPI) service provider. The selection was made “following a thorough procurement process,” Andrew Lockhart and Grant Pollard told Slator in a joint statement. Lockhart is National Manager at the Ministry of Business, Innovation & Employment (MBIE). Pollard is Group Manager at the Ministry of Health.

Headquartered in Melbourne, Australia, ezispeak replaces the government’s OPI service of more than 16 years, Language Line. The longstanding service (not to be confused with the California-based language service provider, LanguageLine) launched in April 2003.

Language Line was managed by the Department of Internal Affairs’ Office of Ethnic Communities and “jointly delivered by the government and private sector,” according to a document on the government’s Language Assistance Services (LAS) webpage. LAS had earlier announced that a new provider would take over on October 1, 2019 and would, henceforth, be managed by the MBIE.

While the move is in line with government’s LAS Program, a three-phase service delivery model that began in 2017 and is scheduled to be completed in 2023, an MBIE report points to one other possible reason behind the service changing hands.

“While its use has continued to increase,” the report stated, referring to Language Line, “it is largely only available in business hours.” Users of the service include the Police, Immigration, the Ministry of Social Development (Work and Income), agencies such as Housing New Zealand, and the healthcare sector.

News of the change had left certain stakeholders “dumb­founded at [the] decision to replace a well-used interpreter ser­vice with another they cannot easily access,” according to an article in medical news publication New Zealand Doctor Online.

The article, which ran the week before ezispeak was announced as supplier, claimed that “the change ends primary care’s direct access to the […] service.”

The same article quoted the acting chief of Compass Health as saying that Language Line had been crucial to Very Low Cost Access practices (VLCAs) in the Wellington region and its replacement “will add financial stress to struggling [VLCAs] and affect non-English speakers.”

“I just think it’s unacceptable,” the journal quoted another stakeholder, general practitioner Dr. Bryan Betty, as saying. He added that, with the change, the only alternative is the New Zealand Interpreting Service. Although “excellent,” according to Betty, it is “much more expensive than Language Line, which also has more interpreters covering a wider range of languages.”

“It’s a shocker and a concern that the Government expects us to provide [VLCA] services, corrals people around certain practices, and then makes these kinds of decisions,” Betty said, adding, “Our costs will treble, and we don’t charge the patients for that, nor could they pay.”

However, Lockhart and Pollard told Slator that “costs for users will be similar to those that existed with Language Line. Services will be provided 24 hours a day, seven days a week, in significantly more languages and through video as well as standard phones.”

While Lockhart and Pollard admitted that agencies outside government — such as the primary healthcare providers and private practices quoted by New Zealand Doctor Online — “are not able to join the new contract directly, processes are in place to ensure they can continue to access telephone interpreting services once the current provider, Language Line, closes down.”

They said this includes enabling such organizations “to access the services provided through the government contract of a participating agency they contract with.”

“In addition, ezispeak has indicated it will provide telephone interpreting services to agencies that are not eligible to join the government contract under similar conditions,” the pair said.

Lockhart had previously committed in a press statement to “growing the pool of local interpreters during the contract term” and said they have “established an interpreter development fund to support local interpreters to gain the required skills and experience.”

English is still the language most commonly spoken in the country, according to the MBIE report; although over 150 languages are now spoken in New Zealand. The report added that “more than 87,000 people could not have an everyday conversation in English” at the time of the last published census (2013).