India: The Next Frontier in Language Services

India is the seventh largest country by area, the second most populous nation, and arguably the fastest growing major economy. This converts into some pretty interesting demographics: 22 official languages, about 122 major languages, over 1,599 dialects and other languages, and multiple writing systems that require specially developed fonts. The languages most translated into are Hindi, Tamil, Marathi, Punjabi, Kannada, Bengali, Gujarati, Telugu, Malayalam, Urdu, and Oriya.

Along with China, India is regarded as a potentially major future localization market. The last five years have seen a major surge in Internet use via handheld devices, a growth in medical tourism, and some highly impactful campaigns from government to drive growth in manufacturing, information technology (IT), and research and development (R&D).

What’s more, although India is home to 125 million English speakers, some 80–85% of the population do not speak English. It is because of this demographic that the use of local languages has outpaced English.

Compared to more mature economies, India’s Internet penetration still has major growth potential. There were about 460 million Internet users as of July 2016. The number of people using local languages is approaching 150 million, having experienced very strong growth in the past two to three years due to the increasing use of smartphones in rural areas. The number of Internet users using a local language is growing at a much faster rate than those using English.

Additionally, the government campaign called “Digital India” is providing much needed technological, administrative, corporate, and infrastructure support to further raise this number. This will further lead to a massive demand for localization in the field of telecommunications, IT, education, e-learning, and other ancillary services.

Another prominent government campaign, “Make in India,” has boosted the local manufacturing industry, attracting huge foreign direct investment (FDI) in 25 identified sectors, from automotive to aviation, life sciences, IT, entertainment, energy, tourism, wellness, and so on. Huge doses of FDI have been pumped into these sectors ever since the Indian government launched the campaign; and much more is expected to come in. India has already overtaken the US and China as the top destination for FDI.

As for medical tourism, India has been a preferred destination for quite a while now, thanks to the available expertise, service-oriented outlook, and low cost of services compared to other countries. This has resulted in growth for the medical device and pharmaceutical sectors, especially in the area of R&D, which translates into a huge demand for life sciences localization.

With the influx of FDI into the retail sector of fast-moving consumer goods (FMCG) and white goods (i.e., domestic electrical appliances), coupled with an increasing demand for the localization of e-commerce apps, the demand for website and allied services will continue to rise.

The recent demonetization and go-cashless movement has promoted the use of banking or payment portals and apps among urban and rural users. Here again, the ever-increasing rise of local language Internet users will drive demand for the localization of related software and apps.

On the international front, there have been proposals to add Hindi and Bengali to the list of official languages of the United Nations. If approved, all UN documentation will have to be provided in these languages as well.

India’s huge consumer base and cultural diversity make the localization of marketing campaigns a potentially significant business opportunity. As a result, the entire bouquet of marketing channels — text, audio, video, ad-film production, etc. — will likely need to be localized.

New forms of transportation will also drive localization. With Uber and other on-demand transport services expanding in Tier 1 and 2 cities, related services such as navigation technology, booking apps, payment portals, and so on, need to be localized. Voice-based search and speech-to-text features on social media apps and search engines to make these services available to local language users will naturally follow.

Beyond the demand side, India could emerge as one of the world’s next biggest suppliers of language services

There have been efforts from IT giants like Microsoft and Google as well as the Indian government to provide adequate technology and font support for such services. For instance, the recently launched portal www.localisation.gov.in is a one-stop shop for relevant standards, best practices, tools, and technologies for localizing all citizen services in regional languages.

Beyond the demand side, India could emerge as one of the world’s next biggest suppliers of language services.

Historically, Europe and the Americas have been where most language service providers (LSPs) are based and conduct the better part of their business. It has been a simple case of providing the supply right where the demand comes from. With the shift in demand, a shift in the supply base is a logical expectation.

The prospect of India as a significant production hub for global and indigenous LSPs is the near term is compelling: cheap real estate, a multilingual-plus-English-speaking talent pool, high availability of IT engineers, DTP talent, tech-savvy human resources, and reasonable or competitive wages.

Lionbridge, for example, has had a major production presence in India for over a decade. And, as a sign that even small LSPs are looking to India for new opportunities, Poland’s Summa Linguae recently partnered with Bangalore’s Mayflower.

In conclusion, India’s demographics alone provide the country with an inbuilt advantage in terms of generating future demand for language services. With the government and the private sector doubling down on major initiatives, India is poised to become a major consumer and supplier of language services. Rather than presenting an obstacle, India’s cultural diversity creates opportunities for language services; and technical challenges such as the lack of font-support will be overcome. 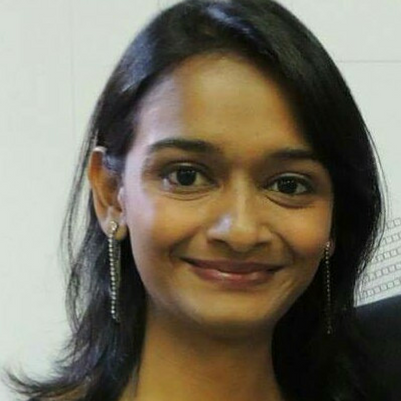 Localization specialist, consultant and language enthusiast with more than a decade of experience in localization and internationalization