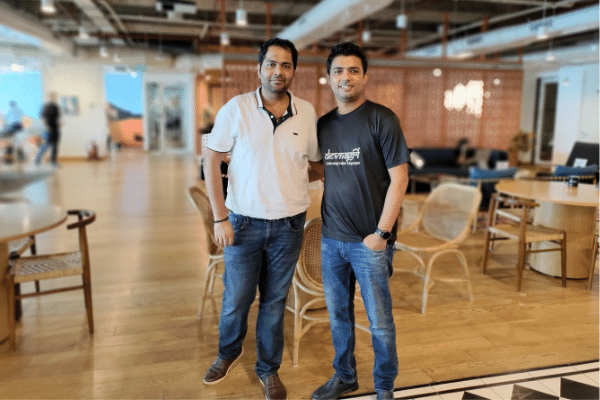 Devnagri Co-founder and CEO, Himanshu Sharma, told Slator that they first pitched to Venture Catalyst in July 2021. IPV, on the other hand, came from a referral. The round, which closed on October 19, 2021, valued the company at 10x revenue. “This year, we will do 3x of our previous year,” Sharma said.

Funds from the seed round will go toward increasing machine translation (MT) accuracy and scaling ops to target more sectors, such as e-commerce, BFSI, and publishers — the latter referring to news aggregators and digital news producers, according to Sharma. He added that they are also hiring “across tech, sales and marketing, content, and community [engagement].”

Devnagri has homed in on edtech as an initial use case. Sharma told Slator they were motivated by India’s latest National Education Policy, which requires that curricula in English be accessible in Indian languages. He said, “We started approaching edtech companies and [received] a good response rate so we thought to focus on edtech first.”

While their near-term goal is to help businesses reach more than one billion Indian Internet users in their own regional language, Devnagri’s end-game is more ambitious.

“We want to be India’s biggest language technology company — starting with text translation, then speech-to-text and, later, speech to speech,” the CEO said.

“We use 80% machine and 20% human effort to achieve our workflow,” Sharma explained. “We are focused on building a community of translators so that we can bring human elements as well as context into our translations at scale. Our technology and networks help us translate millions of words a day with 99% accuracy.”

On how they measured their claim of “up to 50% reduced cost, real-time delivery tracking with 80% reduction in translation time, and 5x faster than professional translation,” Sharma said, “We have seen that result on checking the per-hour translation speed manually [versus] the speed of translation on our platform. We have removed all emails between clients and translators. We can embed in client systems and take control of data via API and send files back in the same format to save time.”

Asked if the 5,000-plus translators highlighted by the Indian press indicated crowdsourcing, Sharma replied, “We manage our community and produce better translations. You can say that we do translations via a crowdsource platform, but we pay our translators for working.”

Not Our Mother Tongue

The idea for what Sharma and Co-founder Nakul Kundra have tagged as an “AI-powered human translation platform” came to Sharma after a trip to Japan in late 2016.

“That was my first International trip,” he recalled, “I met with a person named Murata Dai and greeted him. He replied, ‘Konnichiwa’ (Hello). I asked him how he was. He replied, ‘Genki desu’ (How are you?). I didn’t know what that meant, so I moved on. Later, I realized that everything was in Japanese: road signs, train tickets, business cards, customer care — all in Japanese. I found it interesting and came to know that only 5% of people in Japan knew English.”

Sharma was fascinated at how little traction English had gained in such a developed country as Japan: “I realized how neglected our regional languages are. English is not our mother tongue, and yet English is everywhere.”

He added, “We want to change this. We wish to see that everybody in India who doesn’t know English can harness the power of the Internet in their native language. That’s why Devnagri exists.”

So why Devnagri? “It’s the oldest script and fairly addressable to people [stylized from Devanagari]. Whenever we say we are from Devnagri, they understand that we do something with languages. It’s an easy introduction,” the CEO said.