How NATO Recruits and Trains the Next Generation of Linguists 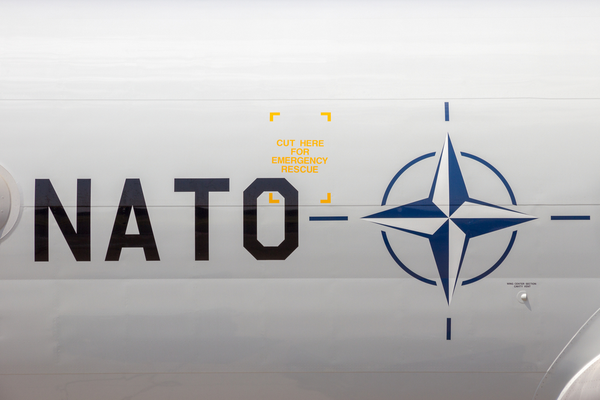 The North Atlantic Treaty Organization (NATO) is strengthening its training program for Francophone translators by partnering with academia in the education of translators, terminology discussions, research, and recruitment.

The alliance recently announced a cooperation agreement with ISIT, a French intercultural management, and communication institution, on the training of student translators as well as recruitment.

Frédérique Pillet, Head of NATO HQ’s Translation Service, told Slator in an email interview that NATO’s founding treaty established the alliance as a bilingual organization – French and English – with an in-house translation team at its headquarters. Hence, translators are essential to the alliance’s work.

“Francophone translators ensure that official documents negotiated in English by heads of state and governments and their ministers are faithfully translated into binding French,” she explained.

“Their translation work also contributes to NATO’s training and education effort in French-speaking countries around the world. These are just examples of areas in which Francophone translators play a particularly important role.”

NATO has a similar cooperation agreement with the Louvain School of Translation and Interpreting, which is part of the Belgian Catholic University of Louvain or UCL, according to Pillet.

“NATO HQ needs quality recruits into this important area and we are keen to be on the radar as students progress through their education. We want them to know that NATO HQ is a potential recruiter so that they may choose adequate specialization subjects and practical training,” she said. 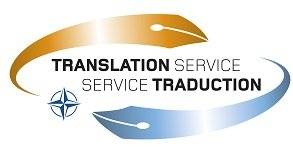 Pillet disclosed that they find most of their new recruits relatively well trained by their university in the use of translation productivity tools.

However, the collaboration agreement still has clear benefits to both parties. “One the one hand, NATO Translation Service is willing to show students how translation tools are used operationally and how the Service is able to make the best possible use of its existing corpus of texts, using search engines and translation memory technology,” Pillet explained.

“NATO HQ needs quality recruits into this important area and we are keen to be on the radar as students progress through their education” — Frédérique Pillet, Head of NATO HQ’s Translation Service

“On the other hand, through this collaboration, the Translation Service can follow academic computer-assisted translation (CAT) tools and other technologies that help improve translation quality and productivity,” she added.

The Translation Service chief further explained that the tools used in the Service are SDL Studio and LogiTerm (by Terminotix). However, they are not the hardest part to master to become a reliable translator at NATO.

As such, the agreement with ISIT and the other institutions is only a framework and the cooperation will evolve according to the need.

NATO HQ is currently preparing with the UCL a two-session discussion on the benefits and challenges of revision. “For students, it will be a rare glimpse into the everyday work of an international organization. For us, it will be a chance to illustrate our quality requirements and give tips to those interested in working with us,” Pillet said.

The cooperation agreement with ISIT was announced ahead of the launch a new recruitment campaign for Francophone translators that NATO HQ is launching in a few months.

“It will most probably be advertised in spring, on the NATO careers website. We will be looking for several junior, English-into-French translators (L2 grade). After preselection, candidates will be requested to do a translation online. Successful translators will then be invited for written tests at NATO HQ (two three-hour translation tests),” she said.

What does it take to be a translator at NATO HQ? Pillet said the qualification requirements are relatively modest: either a degree in translation or extensive experience in key areas of NATO activity.

“We mostly recruit at junior level which enables us to coach and train translators in our numerous and diverse topics of expertise,” she said. “I would say, however, that we place far more emphasis on actual translation abilities which we test thoroughly at the recruitment stage.”

Qualifications also include an outstanding command of their native language and the ability to grasp quickly and accurately the meaning of a text – regardless of the quality of the drafting – and translate it clearly in the right register because while NATO members may not all be English or French.

“We mostly work with trusted, self-employed linguists who know our subjects very well”

NATO is also looking for individuals who are comfortable working in a team since its translation deadlines can be so short that they have to share an assignment among several translators.

“And we do not compromise on the need for a strong working relationship with revisers whose mission is not only to review translation quality but also to help translators reach the highest level of competence, and autonomy possible and become senior translators or even revisers themselves,” Pillet said.

Pillet noted that NATO HQ’s Translation Service is keenly aware of both the benefits and the risks associated with machine translation (MT) and in fact, a decision has been made to test MT as an extra source of information for its translation system.

“However the current move to our new headquarters in Brussels has meant that the bulk of our IT projects have been paused until our working environment in the new building has been fully established,” she said.

The Translation Service currently employs some 50 in-house translators and revisers to cover the two official languages of the organization, the higher proportion being French-speaking. They outsource French and English when the deadline and the level of classification allow it, and only if the topic is not too obscure to an outsider.

“Translation combinations including a third language (e.g. Arabic, Russian, Pashto, etc.) are all covered by freelancers. We mostly work with trusted, self-employed linguists who know our subjects very well,” she said.

Pillet disclosed that the majority of texts they outsource is for publication and therefore not confidential. “For the rest, we have a confidentiality system which goes as far as a security clearance for freelancers who are required to come to the HQ to do their work,” she ends.