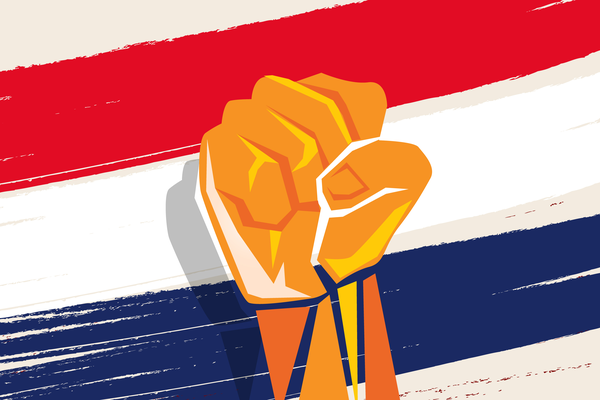 Over 1,500 interpreters and translators in the Netherlands have been on strike since January 13, 2020.

The reason for the strike: Minister of Justice and Security, Ferd Grapperhaus, wants “to outsource the hiring of interpreters and allow unqualified translators and agencies to bid for work” with the police, courts, and immigration services, according to a report by English-language news outlet DutchNews.nl.

A December 2019 petition by a group of registered interpreters and translators stated that Grapperhaus’ proposal would lead to the immediate degradation of registered interpreters and translators as entrepreneurs, relegating them to the status of dependent, flex-time workers. Although not entirely similar, the issue is reminiscent of a debate currently taking place in the US.

The group also demanded that the registry only include interpreters who meet the current required language proficiency level (i.e., C1) rather than opening the field to less qualified individuals with a lower level of proficiency. The petition argued that using interpreters of lower proficiency does not guarantee defendants a fair trial and is detrimental to the administration of justice and national security for which Grapperhaus is responsible.

At press time, the petition had garnered over 2,900 signatures.

On January 20, 2020, a Dutch legal translator based in Portugal, Deborah do Carmo, tweeted: “The Dutch Minister of Justice & Security wants to give free(r) rein to market forces to resolve an alleged shortage of sworn #interpreters & #translators. How? By opening the register to B2-level amateurs. Penny-pinching at the expense of the proper administration of justice!”

The petition and do Carmo’s comment refer to a 2020 initiative of the Register of Sworn Interpreters and Translators (RBTV in Dutch) to modify registration requirements, notably by allowing interpreters who speak languages at the B2 level to register in the RBTV.

Governmental bodies are also paying attention. A roundtable discussion at the House of Representatives of the Staten-General (Dutch Congress) is slated for January 22, 2020. Expected speakers include several interpreters as well as Ani Getcheva, who will represent the petitioners.

The ultimate result of the strike and petition remains to be seen, but some professionals have been heartened by the experience. One Dutch→English translator and interpreter, Ammerins Moss-de Boer, tweeted on January 18, 2020: “I have met so many cool and lovely and strong colleagues this week that I really feel we now form a community – a power to be reckoned with. There will be setbacks, but together we can shape our future.”

Make Your Workflow Smooth and Effective! This New System is the Key