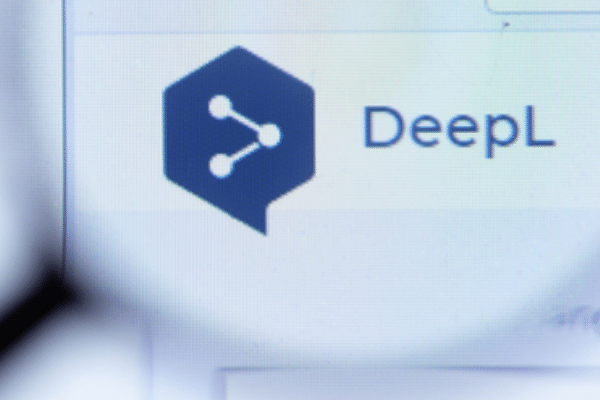 What makes DeepL stand out in the world of machine translation? Released in late-summer 2017, DeepL’s free web translator offered seven European languages and arrived with the claim that it had outperformed big tech on quality by a factor of 3:1.

Journalists across Europe agreed. They said DeepL was “well disposed to grasping the sense of the sentence rather than being led astray by a literal translation”; that it produced more “French-sounding” expressions; and that its tool had outdone all the tech giants, raising the bar for machine translation.

While reactions from the language industry to DeepL’s quality claims were more measured, the company quickly gained a foothold in the market; and traffic to its web translator skyrocketed. Today, at press time, DeepL is the 146th most visited website globally based on Alexa and more than a billion people have used its services.

The Cologne, Germany-based machine translation (MT) provider has since added 21 more languages; first Russian and Portuguese in May 2018, then Chinese and Japanese in March 2020, and a further 13 European languages in March 2021.

For translators and language service providers, the Pro tool is more convenient for embedding DeepL’s MT in everyday processes. Developers are able to use the API to build language tools, such as Timekettle’s earpiece translator and Pocketalk, a two-way handheld translator device.

DeepL is also moving aggressively into the enterprise, with Linkedin data showing more than a dozen staff, the majority recruited in 2020 or 2021: Customer Service Support, Account Executives, and Account Managers. The company is also currently advertising for pre-Sales engineers and Solutions Consultants.

The release of DeepL Pro represented a shift in the company’s business model from ad-generated revenue (from Linguee and free web-based translation) to recurring revenue from enterprise subscription customers (i.e., from B2C to B2B).

DeepL is deeply integrated into the business processes of companies across countries and sectors, with clients including Roche, Fujitsu, Axa, Best Buy, Nokia, Rakuten, Siemens, and Elsevier.

Why DeepL and not another MT provider? Kraus is unequivocal: “It’s simply amazing. I echo many other users in saying it has the best results in terms of grammar, style, and fluency.”

A new glossary feature, rolled out by DeepL in May 2020, allows users to define and enforce custom terminology. Kraus sees it as a significant advance in DeepL’s offering. “Terminology has always been the weakest element of machine translation integration, but the new glossary provides a marriage of our terminology with the high quality of DeepL. It’s really an amazing evolution.”

In 2018, the company attracted an investment from one of Silicon Valley’s most high-profile venture capital firms, Benchmark Capital, which took a 13.6% stake. Among other investors are btov, a European venture capital firm with offices in Germany, Switzerland, and Luxembourg.

Financial data about DeepL is hard to come by. Germany does not require companies to publicly file full financial accounts. However, certain limited information indicates that DeepL’s revenues in 2020 had not yet exceeded EUR 40m, a key regulatory threshold.

Regulatory filings also show that DeepL reported EUR 142,000 in annual profit for 2020, down from EUR 0.95m in 2019 — which suggests the company is heavily investing back into the business.

From inception, the founders of DeepL had always meant to take on big tech. CEO Jaroslaw Kutylowski told Slator in a 2017 interview, “We are a German company and we’re aware that we are going up against US-based firms.”

Now, four years after initial release, DeepL has indeed taken its position alongside Google, Microsoft, Facebook, and Amazon as a industry-leading MT provider. So how did they do it?

DeepL was originally founded in 2009 in Cologne, Germany as Linguee, an online dictionary. Linguee is essentially a translation memory: it consists of millions of language-pair parallel segments. To create its product, Linguee scraped bilingual text samples from the Internet using web crawlers and then applied machine learning algorithms to evaluate quality.

“Terminology has always been the weakest element of machine translation integration, but the new glossary provides a marriage of our terminology with the high quality of DeepL” — Annette Kraus, Head of Language Management, Deutsche Bahn

“Machine learning has always been at the heart of Linguee, so when neural networks became an option for machine translation, we saw an opening,” then CTO, now CEO Kutylowski explained to Slator back in 2017. “Before neural machine translation was an option, we had always felt that given the massive resources invested by very large players into statistical machine translation models, we would not have been able to close the gap.”

As Andy Way, Deputy Director of AI research center ADAPT, told Slator, data for NMT needs to tick three boxes: it must be of high quality, and high volume, and it must align with the field in which the MT system will be deployed. As it happened, Linguee — with its extensive set of parallel language pairs covering a wide range of fields — was able to do just that.

Now, the only thing missing was the computing power needed to run the billions of mathematical calculations integral to NMT. Linguee turned to Verne Global, a company specializing in intensive AI support. The goal was to establish a data center in Iceland, where the naturally cool climate and abundant energy meant low-cost power. The supercomputer, according to DeepL press materials, is the world’s 23rd largest, capable of translating a million words in under a second.

Linguee was now perfectly positioned to catch the crest of the NMT wave that was transforming the machine translation landscape.

When DeepL’s free web translator went live on August 29, 2017, one factor in the NMT-based company’s favor was that many of its rivals had already established their reputations on the back of the less well-performing SMT.

When Google Translate was launched in 2006, many users were disappointed by its quality. Google switched from SMT to NMT in 2016, but first impressions lingered.

An occasional Google Translate error, inevitable in any MT service, is seen by some users as a continuation of the poor quality that irritated them back in the early 2000s. At this writing, entering “why is Google Translate” into Google Search provides the top autocomplete suggestion of “…still so bad?”

DeepL, on the other hand, came straight out of the gate with NMT. (It also offers far fewer language pairs; 26 to Google’s 108.) Entering “why is DeepL” into Google Search prompts the top suggestion “…so good?”

MT quality (and its evaluation) is, of course, far more complex than suggested by a Google Search, or by DeepL’s strapline “the world’s best machine translation.”

Lionbridge has been tracking MT quality across providers for several years and found that, as of January 2021, Google Translate outperforms DeepL in terms of overall performance. DeepL, however, excelled in German and made recent improvements in Spanish and Russian, while lagging behind in Chinese.

Intento’s conclusion, having analyzed 15 MT engines across 14 language pairs, 16 industry sectors, and 8 content types in its State of Machine Translation 2020 report, is that “each MT engine is best at something.”

Research in 2018 using TQ-AUTOTEST evaluation confirmed that DeepL outperformed Google Translate, but not at a factor of 3:1. DeepL’s own analysis of its performance — and its conclusion that it significantly outperforms other translation systems — comes with a caveat that results exclude cases where several systems produce the best translation.

However, there is no doubt that DeepL is highly regarded by users and the MT research community, with many perceiving a more natural and fluent output from DeepL compared to other MT providers.

Many people are curious about the technology behind DeepL. Putting aside the company’s well-curated dataset and its reputation for rigorous pre-processing, it is evident that something in DeepL’s approach to neural networks is yielding a different kind of result, at least in certain language pairs and domains.

DeepL remains tight-lipped about their secret sauce. The company shies away from attending conferences or releasing research papers. Unsurprising given that keeping its tech a trade secret is key to maintaining its competitive edge against bigger competitors.

In contrast, Google, Microsoft, and Facebook, while also maintaining some degree of secrecy, are more actively engaged in the academic community. Google, for instance, has published 107 papers on Machine Translation, including eight in 2021.

MT technology has moved on a lot since. As ADAPT’s Andy Way pointed out, the “transformer model” (arising from Google research published in 2017) is widely recognized as producing superior results and is now the dominant paradigm. “I’d be surprised if DeepL is still using CNNs,” Way told Slator.

Indeed, DeepL blogged about a major change to its approach to neural networks in Feb 2020. While disclosing no details, it stated that its AI researchers had succeeded in achieving another breakthrough in quality, resulting in more precision for the target text.

It is clear that research is at the heart of DeepL. A source close to the company told Slator that, although its outward focus is on the nuances of language, the company is run by researchers and engineers and “definitely has a tech startup heart.”

According to LinkedIn data, engineering is the company’s largest function (accounting for 28% of employees) and the company has about a dozen Research Scientists, mostly located in Germany.

DeepL job posts describe the team as “a small, effective and extremely good team with a lot of trust and very short decision-making processes. The decision makers are researchers/developers themselves.”

To appreciate the extent to which the DeepL research team punches above its weight, it is worth considering that Google currently has more than 91 research scientists specializing in Machine Translation, along with more than 400 NLP specialists and over a thousand experts in Machine Intelligence. Google also benefits from a large-scale computing infrastructure that allows it to “rapidly experiment with new models trained on web-scale data to significantly improve translation quality.”

DeepL’s oversized performance in the AI space was acknowledged in September 2019 with an Honorary German AI Award, an initiative to promote and drive innovation in artificial intelligence.

What’s Next for DeepL?

DeepL appears to be going through a spike of growth and change, with hiring activity indicating the company is bulking up its engineering, product development, and account / customer support functions. This, in turn, suggests a focus on new products and the further expansion of its enterprise client base.

The company’s original headquarters near the Rhine River in Cologne closed its doors in March 2020. A new office location was opened, still in the city center, where the staff takes up two floors. An office has also been opened in the “Silicon Roundabout,” London’s startup hub; and the company is also currently recruiting for Amsterdam-based roles.

DeepL is characteristically quiet about what it has in the pipeline. When approached for comment for this story, a customer support specialist at the company told Slator: “We are currently concentrating 100% of our efforts on our core business and unfortunately are unable to take on inquiries such as these at the moment.”

However, DeepL’s new mission statement, to become Europe’s leading AI company, speaks volumes. With its mix of language and machine learning expertise, it appears likely that the company will branch out beyond MT into other AI language applications.

If its success in machine translation is anything to go by, its new AI products will be something to be reckoned with.