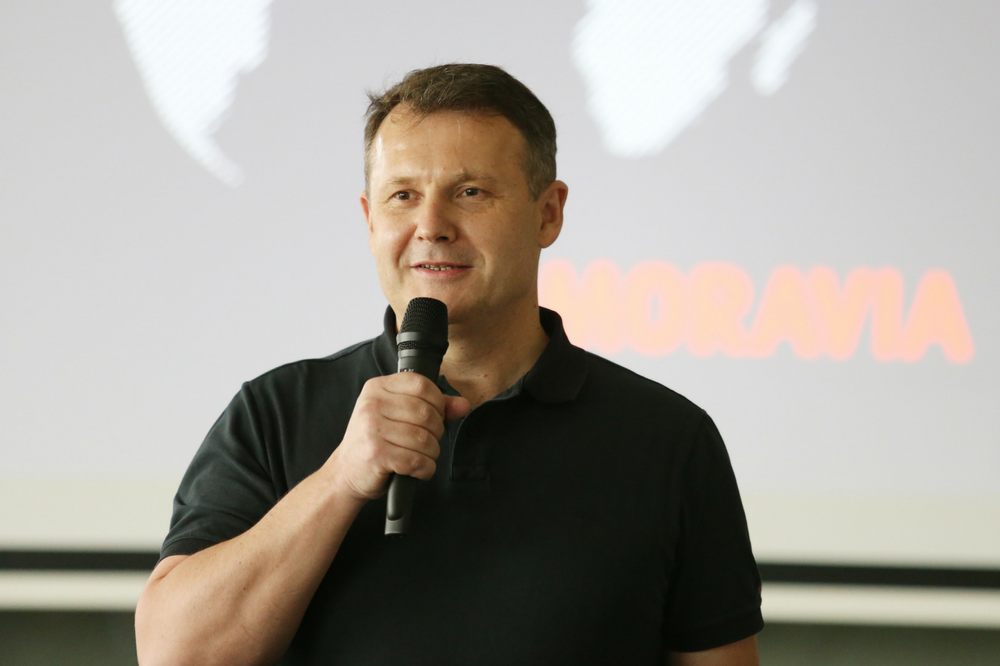 Moravia carefully manages its corporate narrative. The Czech-based language service provider (LSP) publishes a blog post every other day, is a key sponsor in many industry conferences, and hosts a podcast that even competitors occasionally share on Twitter. If the company makes the news, it is probably with a well-placed thought leadership piece.

Little, however, is known about Moravia – the company, its leadership, business model, and owners. That makes Moravia different from most other large LSPs.

Until early 2017, Lionbridge was a public company required to disclose important information on a regular basis. Keywords, RWS, and SDL remain listed on the stock market and are subject to strict disclosure requirements.

TransPerfect went from highly secretive to fully transparent courtesy of a fierce battle at the top. Even Amplexor and Welocalize disclose bits and pieces of their respective strategies when discussing recent acquisitions.

Moravia, meanwhile, has yet to do its first major acquisition. If there is friction in the boardroom, the outside world wouldn’t know. After buying a majority stake in 2015, private equity firm Clarion Capital Partners has advised Moravia’s management, led by CEO Tomas Kratochvil, a company lifer who was promoted to the top job in 2010.

Quietly, Moravia is growing. The company again made the EU INC 5000 list, with annual revenues jumping from USD 100m in 2014 to nearly USD 160m in 2016. As a private company, it does not disclose profitability numbers.

Moravia was founded in 1990 by translators Eva and Rudolf Forstinger in Brno, Czech Republic. “After 40 years behind the Iron Curtain, people in the country started their own businesses,” Kratochvil told Slator in an exclusive phone interview conducted in mid-September 2017.

Soon after, the founders’ daughter Katerina Janku and her partner at the time, Arturo Quintero, joined the business and Moravia began to localize software for brands such as AmiPro, Lotus 123, and CorelDraw.

“Since that time, we have always been obsessed about working for direct (software) publishers and at the same time trying to understand what they really need,” Kratochvil says. Focus and customization were the two concepts he would revisit throughout this interview.

We Don’t Spray and Pray

There is a perception that Moravia chooses its clients carefully and has a strong focus on the technology sector, in particular enterprise IT clients located on the US West Coast. Kratochvil agrees. “We don’t spray and pray the market,” he says, “We know the names of the customers we want to work for.”

He continues, “We want to work with companies who have the ambition to be globally successful in their sector. And very often, those global companies are from the US West Coast. But we found out that the need of companies from the West Coast are not unique only to technology companies.”

“A client needs to be on a certain scale” — Tomas Kratochvil, CEO, Moravia

According to Kratochvil, between 70-75% of Moravia’s business comes from technology companies.

Given that laser focus on a target client segment, would Moravia turn down an SME trying to place a USD 500 one-off translation order? Kratochvil chooses his words carefully, saying they wouldn’t “want to be arrogant by declining somebody who is asking to do business” but adds that to “get a return on investment on building a highly customized solution” a client “needs to be on a certain scale.”

Who are Moravia’s key competitors in this narrowly defined space? According to CEO Kratochvil, it’s Welocalize, Lionbridge, and SDL. “These are the three companies which are able to do what we do […], which are truly global, and run at very large scale and in high quality. We believe that these four companies are competing mainly against each other: SDL, Welocalize, Moravia, and Lionbridge.”

“I respect TransPerfect. It is a totally different company from Moravia”

What about TransPerfect, the industry’s other organic revenue growth star? Kratochvil says, “I respect TransPerfect. It is a totally different company from Moravia. And I respect how they have done business. It is just so different from how we do business. They are focused on different market segments. They compete differently. And as they would say, ‘Guys, we don’t know how you do it at Moravia for these global leaders?’ Then I can say, ‘Guys, how do you do it for this long-tail market?’ I respect the way how they do it and we don’t meet each other in competition.”

Previous majority owner Katerina Janku, who invested some of the proceeds of the exit back into the company, retains a seat on the board. Also on the board are San Francisco-based investors and CEOs Stuart Gannes (Hyperkey, SG Ventures) and Tim Dyson (Next 15).

“They are very insightful, but not intrusive”

As the pace of private equity-led LSP buyouts accelerates, Kratochvil’s take on working with Clarion Capital may encourage even more owners to seek out external growth capital.

“It’s my first experience working with private equity and I did not know what to expect on their end,” the CEO says. “They are very insightful, but not intrusive. Right at the beginning, they were attending industry conferences to understand the dynamics. There are so many situations in which they say: we are not operators, we are financial, strategic investors and this is the management’s call.”

Kratochvil continues, “Many of the key decisions they want to keep me accountable for –  the performance and the results, which means I have a lot of ideas and suggestions coming from Clarion. What I like [about working] with them is the governance – we have a technology committee, we have an audit committee, we have a remuneration committee.”

Despite an experienced board, stable management, and the financial resources of a sizeable private equity firm, why has Moravia failed to do a single acquisition in the two and half years since Clarion invested? Is growth by acquisition still off the table in Moravia’s strategy despite PE ownership?

No, according to Kratochvil. “Moravia has changed its strategy significantly in the last two years. We are active in M&A with our own team, we have advisors evaluating opportunities,” the CEO explains. He says Moravia is evaluating potential deals on a weekly basis and has been actively engaged in a number of opportunities. “We really wanted to close (some of the deals we participated in),” Kratochvil says.

Is Moravia’s reluctance to close a deal due to stretched valuations in an industry where, for example, RWS paid nearly three times revenue and 11 times earnings for life sciences specialist LUZ?

“We found out that the market was appreciating the value of the companies we wanted to buy more than what we thought is acceptable for us,” Kratochvil says. “It is a competitive process. Somebody else won,” he adds. In short, yes, the deals were too pricey.

When asked what kind of companies Moravia is targeting, Kratochvil pointed to LSPs focused on life sciences and the legal sector, as well as technology companies, which would “expand the solutions” Moravia has.

Even without M&A, Moravia is on track to grow again this year. Kratochvil projects revenues to reach around USD 169m in 2017, which represents a slowdown to 6% from the 18% growth rate in the prior year.

“We have 80% of content already going through machine translation. The number of words we are able to process for our customers is much higher than it used to be in the past,” he points out. “We’ve changed the way we do business from close to zero machine-translated words to 70-80% of words which are machine-translated.”

Kratochvil says that “neural machine translation could move the bar again with the average quality of output higher, which for us means we can help our clients with more content.”

In short, demand for translation is elastic. The cheaper good quality translation gets, the more of it buyers will buy. An optimistic take on the future of an industry where many fret about the impact of ever more powerful artificial intelligence.