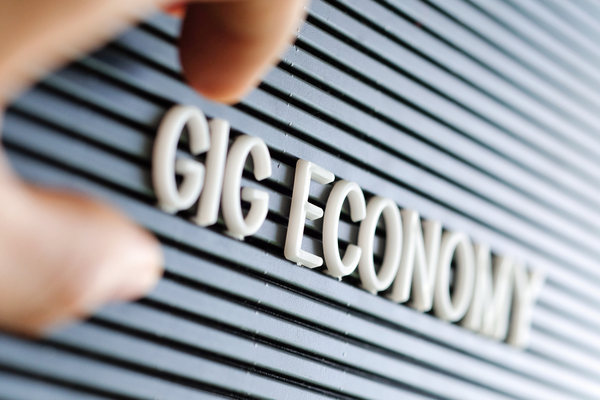 A US government ruling could, potentially, bring about the reclassification of anywhere from 66,905 to 334,526 independent contractors to full-time workers and cost employers between USD 1–6bn in payroll expenses each year — in California alone. This, according to “experts” cited in a white paper published by the Joint National Committee for Languages (JNCL) after more than 50 language industry representatives met on Capitol Hill as reported back in August 2018.

The visit to Capitol Hill was triggered by the California Supreme Court’s landmark decision, which concluded that courier service Dynamex misclassified its workers as independent contractors when they should have been employees.

Slator asked Rick Antezana, President of the Association of Language Companies (ALC), how these experts’ estimates impact the language industry. Antezana said that, while they could not speculate on how many workers could be reclassified, “we can speculate that if a massive reclassification happens resulting in somewhere in the neighborhood of a quarter of a million workers suddenly becoming employees, just about all of the results would be negative; and not just for the language industry, but for the recipients of linguistic services.”

ALC and JNCL have, in the words of Antezana, “been marching in lockstep to affect the direction of […] the New Gig Act,” a bill that would expand the definition of independent contractors and create a tax haven for the businesses hiring them.

Antezana was fresh off a legislative hearing on Dynamex held on February 26, 2019 at the Sacramento State Capitol. Both JNCL and ALC have joined the advocacy campaign that was front and center in Sacramento. Called “I’m Independent,” the campaign is “mobilizing multiple industries under attack from the April 2018 Dynamex decision.”

“Simply making those workers employees of every agency with whom they engage is wildly inefficient and financially untenable for the agencies.”

The Dynamex ruling defines an independent contractor by the “ABC test,” which requires the employer to prove that the worker “(a) is free from the control and direction of the hiring entity in connection with the performance of the work, both under the contract for the performance of the work and in fact; (b) performs work that is outside the usual course of the hiring entity’s business; and (c) is customarily engaged in an independently established trade, occupation, or business of the same nature as the work performed,” before the employer can legally classify the worker as an independent contractor.

Considering that the Dynamex decision came on the heels of a ruling by the National Labor Relations Board that ordered government contractor SOS International (SOSi) to reclassify its court interpreters as employees, language service providers (LSPs) have been, understandably, very concerned. According to Antezana, the SOSi ruling “had a significant business impact, as their case has been very public.” He added, however, that they “cannot comment on direct impacts of other ALC businesses, who may be under particular scrutiny in California.”

After the February 26 Dynamex hearing in Sacramento, the ALC provided Slator with a brief statement that said, “Based on reports from ALC members in attendance, there remains interest in maintaining the strict ABC test, protecting lower class workers that have experienced unfair practices in the workforce as independent contractors. However, representatives from a wide range of industries, including language service companies, expressed that modifications are needed to protect industries that operate in a manner that treat independent contractors properly and fairly.”

The statement also stated that the ALC “supports smart legislation that allows for choice in the classification of workers.”

“The challenge is that many legislators aren’t familiar enough with the industry to understand the distinction.”

Asked to elaborate on what comprises “smart legislation,” Antezana explained, “Our desire would be for legislators to work in cooperation with workers and companies to create an independent contractor test that accurately reflects the nature of the workers in our industry, and results in those workers and companies each retaining an ability to choose which business model makes the most sense to each of them.”

Antezana said that since the start of his tenure as ALC President, they have been “staunchly in favor of making clear the distinction between the traditional ‘gig economy’ jobs and the jobs handled by professional linguists, which are definitely much more aligned with the ‘knowledge economy.’”

“The challenge is that many legislators aren’t familiar enough with the industry to understand the distinction,” he added.

Having only a single business model (i.e., employer-employee) is, according to the ALC President, “regressive in nature and does not solve the challenges that legislators and the courts are trying to solve through considering it as a solution.”

He concluded that, “ultimately, if they are trying to ensure that workers have benefits, simply making those workers employees of every agency with whom they engage is wildly inefficient and financially untenable for the agencies.”

The ALC said it will continue to push for smart legislation at its annual conference in Washington, D.C. and at another forum where they “plan to have 100+ company representatives lobbying their legislators on the Hill.”