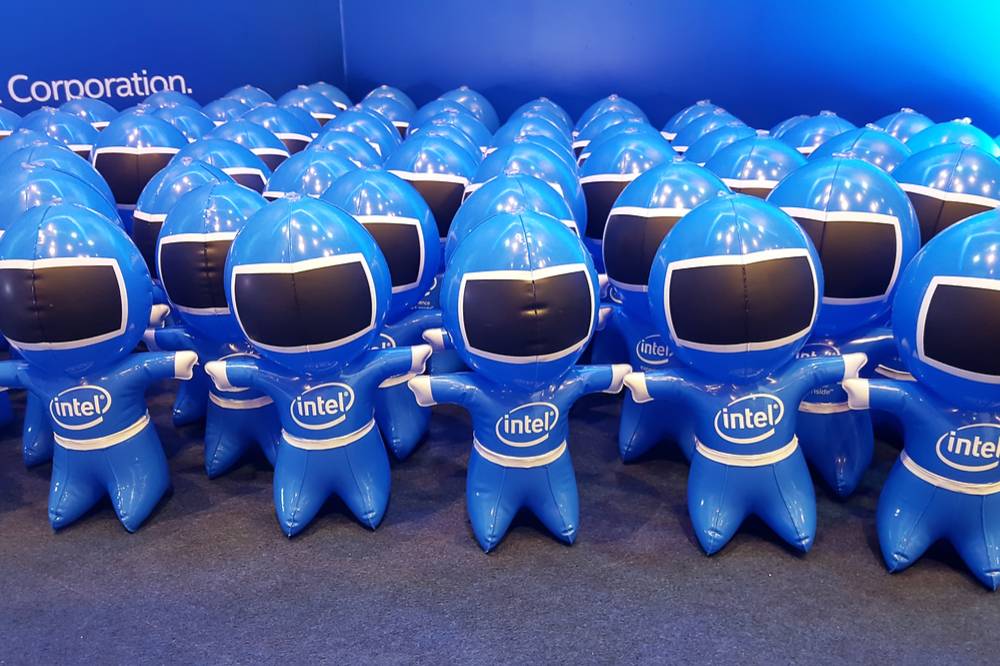 At first rejected back in February 2016, Intel’s US patent application for a “System and Method for Dual Screen Language Translation” was granted on November 22, 2016. Fellow tech giants Microsoft, Google, and Amazon all have a number of translation-related patents to their name. But it appears to be the first time the Silicon Valley-based chipmaker had applied for—and was granted—a patent this closely related to language translation.

It had been four years since Intel started working to get its patent approved by the US Patent and Trademark Office (USPTO). According Ryan Honick of the USPTO’s Public Affairs Office, to whom Slator reached out for this story, Intel’s dual screen system patent is “not a continuation of any prior US application.”

We scanned Intel’s USPTO filings and its 26 other “translation” related patent applications were all false positives in terms of language translation. Rather, they were more related to buffers, paging tables, and statistical mechanics.

Intel’s dual screen system patent revolves around making real-time translation easier between two speakers who do not speak the same language. The point of the patent, per the filing, is to provide “a way to improve clarity of understanding between parties that speak different languages in an efficient and cost effective manner”; for instance, during business transactions between multilingual parties.

And to make the patent’s scope more far-reaching, Intel’s filing includes several general diagrams that, for example (shown), state that the dual-sided screen may be replaced by what looks like almost any ubiquitous mobile device! (Intel names the following: a laptop, tablet, phone, smartphone, ultrabook, or any other mobile computing device.)

What’s more, the patent allows for the use of common peer-to-peer technology to hook up the system, such as WiFi, Bluetooth, or any “other suitable communication mechanism.”

What Is It For?

Other than the use of common devices in Intel’s newly granted patent for a translation system, the other question that comes to mind is, what is a chipmaker up to in the translation space?

Or could it be homing in on the transcription space? In an article on the company blog by one “Marion K” of Intel, speech to text is discussed along with three scenarios on how captioning and media transcription software can expand its applications.