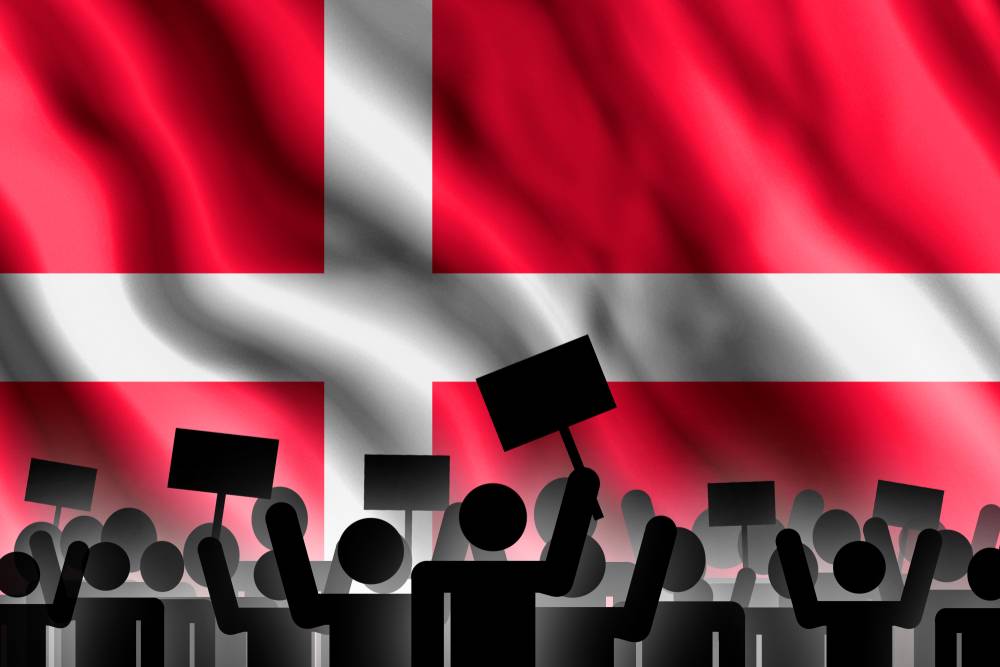 Denmark-based EasyTranslate nabbed one of the largest public sector language services contracts in 2018. Tendered out in March, the contract is worth DKK 520m (USD 80m) and combines all language services work for Denmark’s Ministry of Justice and the Ministry of Immigration and Integration.

EasyTranslate was chosen as the sole provider for the contract, which is due to start April 1, 2019 and is expected to last over four years.

That is if a few hundred linguists don’t have anything to say about it.

As reported by Danish newspaper Politiken, a group of hundreds of interpreters have expressed concern about the new terms that EasyTranslate will offer them come April 1.

Over 400 linguists signed a petition in protest, saying they will not offer their services under the new terms. The news article reported that almost 300 of the linguists who signed currently provide interpretation and translation services to the police.

One of the main issues raised by the interpreters was lower fees. The Politiken article reported, for example, that interpreters may potentially earn 60% less when providing written translations for an institution under the Ministry of Justice or the Ministry of Immigration and Integration.

This, in turn, may lead experienced, highly skilled interpreters to not engage with the contract, and ultimately compromise the ability of Danish police forces and courts to enforce the law, according to the signed petition.

Meanwhile, EasyTranslate Co-Founder Frederik Pedersen told Slator via email that the contract is not at risk as their onboarding process for interpreters “is going very well.” He explained that they have already collected 814 signups from a required 600 linguists.

“We are convinced that our current number of signups is already sufficient to meet the requirements and are even still receiving more applications,” he said. He reiterated that Danish Police Director Thomas Østrup fully supports the contract, which Østrup also made clear in the Politiken news article.

While Pedersen said he was “saddened” by the petition and threat of a boycott, he also claimed the terms in place allow translators and interpreters to make up to DKK 70,000 a month (USD 10,500). Pedersen highlighted that “814 of them have already shown interest—which is why we do not see this boycott as a threat.”

“The Ministry of Justice chose to put quality before price,” he said. “This has enabled us to guarantee our interpreters better fees.”

In a statement sent to Slator, Susanne Frank, a police and court interpreter specialized in investigation and criminal law, said “EasyTranslate has yet to prove its ability to live up to its new obligations as sole providers of nationwide, highly skilled, all-languages available, legal interpreting and translation.”

“Points of dissatisfaction relate to nearly all aspects of the collaboration” — Susanne Frank, Police and Court Interpreter

She pointed out that EasyTranslate lost a DKK 40m contract with Copenhagen, Denmark’s largest municipality, just six months ago due to “points of dissatisfaction [that] relate to nearly all aspects of the collaboration (quality, cancellations, no-shows, code of conduct, lack of contact with customer services, etc.).”

She explained that there was a “decline in interpreting quality and professionalism,” and that “poor quality and no-shows may also be related to experienced and formally trained interpreters declining to work for EasyTranslate.”

She went on to explain that Copenhagen was able to switch to a backup provider, but this new contract with the Ministry of Justice will not be the same since EasyTranslate is sole provider, so any future issues revolving around the same concerns “may potentially compromise the rule of law.”

Asked about the Copenhagen contract, Pedersen said the Municipality of Copenhagen was still one of their major clients. “Despite the termination of the framework agreement, we have continued our wide-ranging work with them and today provide services on an everyday basis,” he said.

As for other issues raised in relation to the boycott, Pedersen said they were “naturally extremely disappointed” about the dissatisfaction some interpreters expressed with the new framework agreement, “since those agreements relate to some of our most important business partners.”

“Renegotiated terms and prices were inevitable, particularly because of the increasing prioritization of costs in the public sector” — Frederik Pedersen, Co-Founder, EasyTranslate

“Renegotiated terms and prices were inevitable, particularly because of the increasing prioritization of costs in the public sector,” he said. “For some interpreters, the agreements entail a drop in pay vis-à-vis previous, highly lucrative agreements, but we are actually extremely pleased with the excellent terms we managed to negotiate.”

For now, both camps seem to be in a stalemate with neither side budging from their stance but also open to discourse. Frank said the interpreter group that sent the petition is open to discussion with their client, the Danish National Polish, and will continue to provide their services if a viable solution is reached. From EasyTranslate’s side, Pedersen said they have “initiated dialogue in order to address any concerns and answer questions that may arise.”

Editor’s Note: The article has been revised to reflect a clarification from Susanne Frank that the “petition was sent to the Danish National Police. The National Police is our client, and the only one with whom we shall be negotiating fees and terms. End of story. We do not consider Easy Translate a partner.”