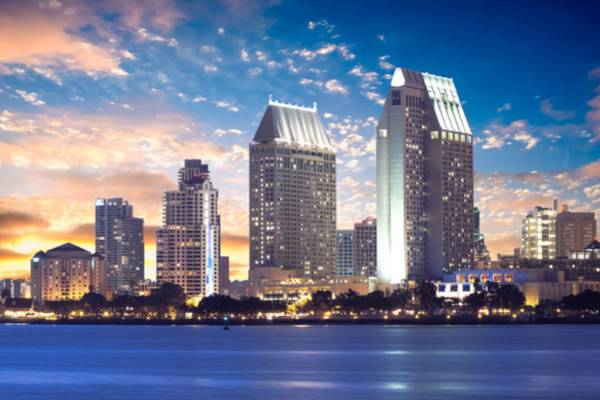 Slator reached out to Sayed Ali, President and CEO of IU, who told Slator that the deal closed on August 31, 2018, and the purchase price was 3.25x EBITDA. Ali also said that IU was introduced to GlobeLink, an “S Corp 100% owned by a single individual,” through “a business broker who thought IU and GlobeLink were a good match.” There were no specific advisors on the deal since Ali has prior experience of M&A, telling Slator he has “acquired over 10 companies” in his time.

Indeed, the IU Group has expanded geographically over the past 11 years through its previous acquisitions of Accessible Communication for the Deaf, Albors & Alnet, and Arkansas Spanish Interpreters and Translators. IU now has over 100 employees working in San Diego, Arkansas, Florida. With the acquisition of GlobeLink, which has been renamed IU GlobeLink, LLC, the company is now gaining 36 employees and a presence in the state of Colorado.

Sectors, Services and Drivers of Growth

Entering another state was one of the main rationales behind the deal, along with the client overlap, according to Ali. IU and GlobeLink both service customers across Healthcare, State and Government Agencies, Health and Human Services, with an average spend of USD 50,000, Ali shared. 15% of IU’s revenues come from governmental contracts, Ali said.

Across services, Ali told Slator, the majority of IU’s revenues come from interpretation (approx. 70%), with American Sign Language (ASL) and translation accounting for approximately 20% and 10% of revenues, respectively. The GlobeLink acquisition also allows IU to expand its portfolio into language classes, training, workshops and proficiency testing, according to the company press release.

The majority of IU’s revenues come from interpretation (approx. 70%), with American Sign Language (ASL) and translation accounting for approximately 20% and 10% of revenues, respectively.

Broadly speaking, the company sees increasing opportunity among healthcare and government sectors in particular stemming from the rise of immigration and the prevalence of legislation around language provision for limited English proficient speakers. Another potential driver of growth for IU is the fact that ASL, which accounts for around one fifth of IU’s business, “is actually the 2nd largest language in the US,” the company press release said.

Firmly in the mid-sized LSP bracket, IU was recognized on the 2017 Inc. 5000 list of Fastest Growing Private Companies in the U.S., along with 13 other language service providers, for its three-year performance to 2016, when the company posted USD 11.1m in revenue. IU failed to make the 2018 Inc 5000 list, however. Ali declined to comment on the 2017 and (projected) 2018 revenues for both IU and GlobeLink, but told Slator that the company is targeting revenues of above USD 18.5m for 2019.

Slator also reached out to Shamus Sayed, Vice President of IU, who covered some of the operational elements surrounding the integration of GlobeLink post-acquisition, and specifically the productivity tools used by the two companies. Sayed said that IU currently “utilizes a proprietary interpretation and translation management system” while GlobeLink “utilizes Interpreter Intelligence and XTRF for interpretation and translation management, respectively.” Furthermore, IU is currently “evaluating GlobeLink’s workflows to determine how to best streamline,” Sayed said.

“These startups have already changed the landscape by enhancing accessibility.”

As for the potential applications and impact of Artificial Intelligence (AI) within the interpretation industry, Sayed said that while it could “definitely have an impact….identifying the best business usage is key.” In his estimation, “AI still has a long way to go to decipher emotional and cultural cues.” Sayed is more enthusiastic about the role of remote interpretation startups such as Boostlingo, however, stating that “these startups have already changed the landscape by enhancing accessibility.”

Sayed and Ali also gave their take on the three main challenges that IU will face over the next two years. Top of the list was “managing the growth and digesting the acquisition.” Aside from this, they identify an “increased need for qualified linguists and [a] potential shortage [of resources]” and also see possible disruption in the form of employment laws, which have the potential to upend the traditional contracting staffing model favored by many translation and interpretation providers.