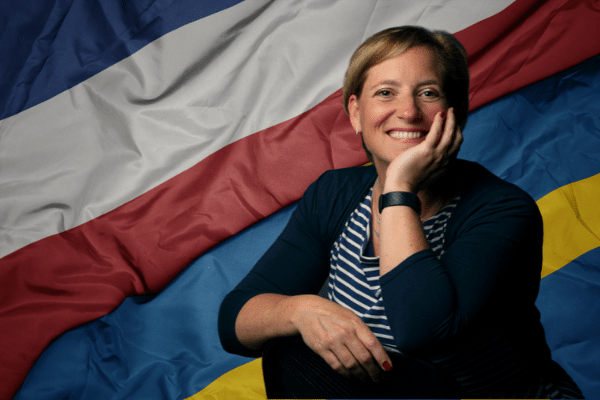 Netherlands-based TVcN has just completed a rebrand, and the interpreting service provider is now known as Global Talk. The new name is the company’s third iteration, having first started out in 1976 under the banner “Stichting Tolkencentra.” They later renamed the business “Tolk-en Vertaalcentrum Nederland (TVcN) in 2000.

With the new name taking effect as of May 19, 2020, Global Talk also took the opportunity to disclose news of an acquisition they made in 2019, of Sweden-based interpreting company Tolkresurs Sverige. As of July 1, 2020 Tolkresurs now also operates under the name Global Talk.

Slator spoke to Global Talk CEO Astrid Van Rossum, who said that the Tolkresurs deal closed on May 31, 2019. They have since been working on the integration and rebrand, she added.

Backed by Dutch private equity firm Opportunity Partners since 2019, the former TVcN business generated EUR 29.3m (USD 39.3m) in 2019, while Tolkresurs made EUR 4.8m. Tolkresurs was privately owned by brothers Mohammad and Hamid Khanahmadi prior to the acquisition. The two are staying on in the combined organization, Van Rossum told Slator.

Van Rossum declined to share projected revenues for Global Talk for 2020 given “the expected yet unpredictable impact of COVID-19,” she said. The combined organization now employs 42 staff in the Netherlands and 13 in Sweden.

Van Rossum said that TVcN had initially approached Tolkresurs “to discuss supporting their services with Voxxer, our interpreting matchmaker platform.” However, it became apparent that an acquisition would be advantageous: firstly because Voxxer would bring efficiencies to Tolkresurs’ operations and, secondly, because the deal would enable the company’s expansion into Sweden, an important market for public sector interpreting, she said.

According to Van Rossum, Global Talk being a large player in the Dutch market, “growth potential in our home market is limited,” and expanding into Sweden is an important step in growing across Europe. Entering a new territory normally requires adding new language specialisms, which can be difficult to do organically. In acquiring Tolkresurs, Global Talk has ready-made access to a large new market.

Asked about video remote interpreting (VRI), where interpreters are connected to interpreting customers and users, Van Rossum said that, through Voxxer, Global Talk “have been offering VRI services since 2013, but saw little interest from our clients during that time.”

In the past few months, she has observed that “the current COVID-19 measures have sped up adoption of VRI immensely, and we expect to see a lasting demand for this service even when social distancing measures are eventually relaxed.”

Although coronavirus has boosted demand for VRI, what overall impact is it having on Global Talk’s business? Van Rossum told Slator that, early on in the pandemic, “conversations that usually required interpreting stopped happening [entirely], simply because people were not able to meet each other in the way they were used to. This resulted in a measurable impact on demand for our services, which we have since managed to offset.” VRI played a key role throughout the pandemic: “By facilitating three-way video interpreting, we were able to not just close that gap for ourselves, but to support our clients in getting back to doing their own work as well,” Van Rossum added.