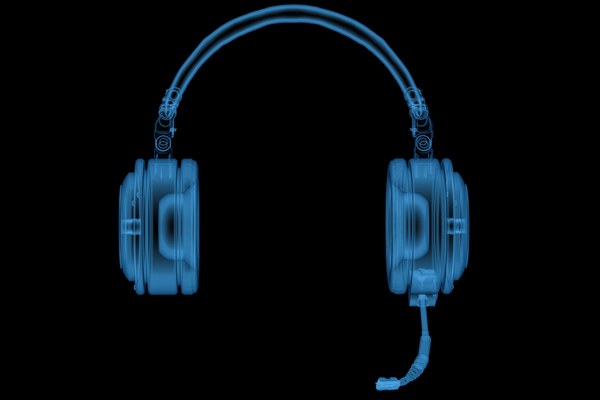 San Francisco-based interpreting software startup Boostlingo completed a USD 3.4m Series A funding round, taking the company to a post-money valuation of USD 10.9m. The fundraising is one of the more sizeable funding rounds this year in the language industry, where Unbabel’s Series’ B in January 2018 still marks the biggest deal year-to-date.

Slator spoke with Bryan Forrester, CEO of Boostlingo, about the fundraising, the market opportunity and its development roadmap. Forrester said that as part of the latest funding round, Boostlingo attracted investment from a variety of sources outside and inside the industry, including “a few well-known US based language company/industry folks and also some well-known Asian and European based language business folks.”

The co-founders and angel investors now make up the major shareholders of the company.

Launched in 2016, Boostlingo is a delivery platform for interpretation services that caters for both onsite and remote interpreting scenarios. Its remote capabilities include both OnDemand OPI (Over the Phone) and VRI (Video Remote Interpreting).

Forrester says that the platform also serves as an environment for language service providers (LSPs) to manage interpreting assignments, with functionalities that allow scheduling, billing and invoicing, business analytics and reporting.

The CEO says that additional interpreting project workflow features, for which Forrester is already mooting the coined term “augmented interpretation technology,” may follow as part of the longer term product roadmap.

Not New to the Game

Boostlingo’s founders are not newcomers to the startup scene having all “been involved in multiple successful exits” previously, according to Forrester. Their professional experience spans technology services, software development and language services.

“The Google earbuds are not going to disrupt our business anytime soon” — Bryan Forrester, CEO, Boostlingo

Prior to starting Boostlingo, Forrester held leadership roles in large technology companies like Sonicwall, eFolder and Quest Software, and co-founded and led Anchor Inc. which was acquired by eFolder in 2012.

Language industry veteran Dieter Runge, VP, Business Development and Marketing at Boostlingo, has a background in sales and account management in the language industry, having worked for LSPs including Lionbridge, Elanex Inc., and SDL prior to co-founding Boostlingo.

CEO Forrester estimates that the “market opportunity globally for interpreting services is greater than USD 10bn” and says that “the remote delivery and virtual interpreting market (OPI and VRI) grew by over 25% in the United States in 2017.” It’s a growing market, therefore, and one that Boostlingo hopes to make money from by catering to LSPs specifically.

Boostlingo’s position in the market differs from full-service LSPs such as LanguageLine and Cyracom since it is “a 100% channel focused technology company” and does not compete directly with LSPs in their end user markets,” according to Forrester.

Instead, Boostlingo is a platform designed to provide LSPs with interpreting-specific technology that facilitates “workflow and business efficiencies to increase their market viability and grow their bottom-line,” he added.

Forrester also says that the company currently has over 140 partner subscribers (LSPs) and is forecasting 3x increase in revenues in 2018 vs 2017. These 140 customers are in turn using the software to service some 1,000 end user clients, with over 10,000 total users on the platform. According to Forrester, “where we see the largest consumption of interpretation services is in the healthcare, education, government, legal financial and insurance sectors.”

The CEO commented that, with the USD 3.4m Boostlingo has pocketed in Series A funding, the company now plans to invest in Sales, Account Management and Development as a priority, with any remainder going towards Marketing, Travel and Events, as well as programming, QC, QA and talent activities.

On the software development side, Forrester says that the “full open API will be released later this year and we will be announcing some major integrations over the next 12-18 months with some big industry players.” The team runs a short development cycle, which allows them to release new features roughly every two months.

Forrester says that Boostlingo has voice recognition functionality built into the product already, and the CEO is keeping an open mind about machine translation (MT) and machine interpreting technology, which he believes “will surely play an important role in interpretation technology solutions.”

The CEO asserted that “we also believe that professional interpreters will not be replaced by this tech and are rather bullish in the idea that their roles will be better supported, augmented and enhanced by AI.” Put plainly, “the Google earbuds are not going to disrupt our business anytime soon,” he said.

Forrester will be joining Matt Conger from Cadence Translate and Jeff Sandford from Wovn Technologies on the startup panel at SlatorCon San Francisco on September 13th.