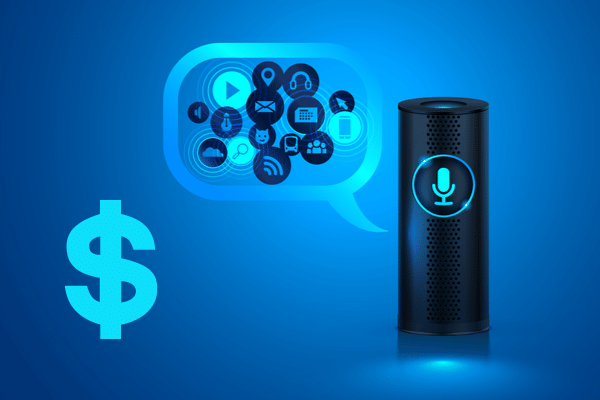 Investor interest in multilingual voice assistants is more than just talk. A recent slew of investments and partnerships in a range of AI-enabled customer service tools attest to the increasing productization of research into machine translation (MT) and speech translation in a growing field now referred to as VaaS or Voice Assistant as a Service.

As the research behind chatbots and voice assistants matures, so do the range of use cases expand to include both industry and avocation. For example, Canadian voice recognition company Fluent.ai is integrating voice automation into factories managed by European home appliance manufacturer BSH. The Fluent.ai solution offers multilingual and multi-accent support, the goal being to increase line efficiency and improve worker ergonomics.

SenpAI.GG has raised over USD 3m to date — including USD 2.9m from ACT Venture Partners —  to support a multilingual voice assistant for hardcore gamers via a desktop app.

According to Slang Labs Co-Founder and CEO, Kumar Rangarajan, his company is the first in-app voice assistant backed by Google. Their tool, called “Slang Conva,” embeds a multilingual assistant into an e-commerce app, giving users direct voice interaction with the app’s interface. The array of AI components include automatic speech recognition (ASR) and text-to-speech (TTS).

Rangarajan said Slang Labs plans to expand from its native India to other English-speaking markets, such as the US, Australia, and England, as well as the Middle East.

Naturally, Google competitor Facebook is paving the way for an upgrade of its own voice assistant. Though Facebook confirmed its voice assistant project back in 2019, the impact beyond its own products has been limited, thus far, to a line of Oculus virtual reality headsets. But Facebook’s chatbot, BlenderBot 2.0, shows potential.

From Fast Talk to Fast Food

ConverseNow ordering assistants “George & Becky,” could very well be the poster children for multilingual VaaS in customer-facing roles. In July 2021, the Austin, Texas-based startup that caters to the restaurant industry closed a USD 15m series A round led by Craft Ventures.

George & Becky were designed to handle restaurant orders for high-volume voice channels, such as phone, drive-thru, self-service kiosks, and voice-assisted chat on mobile devices. The pandemic has, of course, driven demand for the service. More customers than ever use these limited-contact channels while restaurants struggle to retain staff. National and multinational restaurant brands already use ConverseNow.

A Chorus of Voice Assistants

VaaS interest — and investment — is not limited to household names. Take, for instance, Seattle-based Jargon, which started out in 2017 as an on-demand interpreting service. Jargon eventually shifted its focus to developers and created a low-code platform for managing voice application content sans the need for a team of engineers. In 2019, Jargon raised some USD 1.8m from Amazon, Crosslink Capital, and Ubiquity Ventures.

International money transfer startup Remitly, which enables users to send money to recipients in more than 100 countries, acquired Jargon in May 2021 for an undisclosed amount. Remitly closed a USD 85m funding round in July 2020 at a USD 1.5bn valuation and reportedly received an unspecified investment from Visa prior to filing initial IPO paperwork in June 2021.

Flying the flag for dialectal speech technologies is Kanari.ai, which claims to detect 19 different Arabic dialects. Among their solutions are “voice driven experiences,” which include voice assistance, voice commerce, and interactive voice response (IVR) systems. Kanari.ai raised around USD 0.5m in a pre-seed round in 2021 and has partnerships with the likes of Microsoft, NVIDIA, and the United Nations.

At least one nonprofit is also getting a piece of the action. Mozilla Common Voice, a public database where volunteers can “donate” recordings of their voices and listen to others’ clips to validate them, received a USD 1.5m investment from NVIDIA just this April.

Startups, researchers, and engineers can use the database to train voice-enabled apps, including multilingual voice assistants. So far, more than 164,000 people worldwide have contributed over 9,000 hours of voice data in 60 languages.

Common Voice plans to use the funds to expand their dataset, add new staff, and engage more communities and volunteers to join the project.