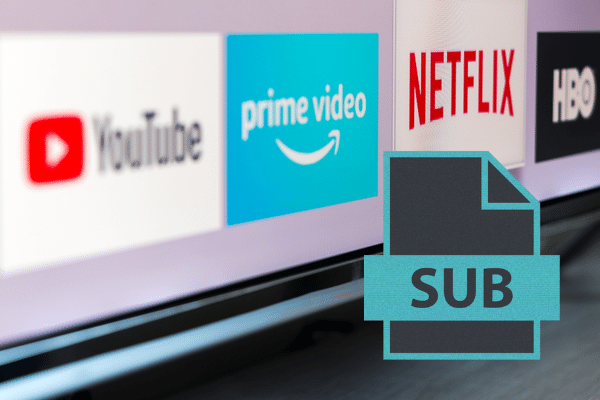 To riff on a Mark Twain quote, reports on the “dying art of subtitling” may have been greatly exaggerated. While tech website CNET refers to subtitling as just that in its February 11, 2022 article, the “dying” really refers to the challenge of sourcing talent — many of whom are underappreciated (e.g., low rates and no royalties, except in France) — in the face of such huge demand. Also, the rise of the hybrid, human+machine translation subtitling model.

It makes sense that subtitling as an industry should come under scrutiny now, after the South Korean film Parasite became the first-ever, non-English feature to win Best Picture at the 2020 Oscars. More recently, the Danish animated film Flee, with subtitled Danish and Dari audio, made history as the first animated film to be nominated in three Academy Award categories, for Best Animated, International, and Documentary Feature.

True, some audiences tend to prefer dubs over subs, but that has not stopped streaming giants from investing heavily in subtitles.

According to a Q4 2021 earnings call, Netflix subtitled seven million and dubbed five million run-time minutes in 2021. The K-drama series, Squid Game, became an international phenomenon thanks in large part to localization, in the form of subtitles in 31 languages. Now eyeing mega-multilingual India as its next big market, the last thing Netflix will do is abandon subtitles.

Language services providers (LSPs) will naturally follow the money. Super Agency TransPerfect continues to buy up LSPs that specialize in subtitles. In January 2021, UK-based media localization provider Iyuno announced that it would acquire its largest rival, SDI Media. The move has clearly paid off, with Iyuno-SDI now the world’s largest media localization provider, valued at a whopping USD 1.2 billion.

Subtitles drive revenue growth elsewhere too. Media localization provider, ZOO Digital, in its January 26, 2022 trading update (SlatorPro), raised guidance for full-year revenues for the financial year ending March 31, 2022 to at least USD 57m, up from USD 39.5m in 2021. Contribution from localization revenues, which include subtitling, are expected to grow at least 55%.

Some critics see new technology being introduced into subtitling workflows as a threat to linguists. (See AudioVisual Translators Europe’s Machine Translation Manifesto.) But OTT media providers and LSPs alike do not seem keen on dropping humans altogether — as if that were even possible! If anything, subtitling technology is designed around human subtitlers, with the goal of improving efficiency and speed.

With lots of skin in the game, it is no surprise that Netflix researchers are focused on optimizing subtitling processes. A May 2020 paper explored a method of simplifying sentences to reduce the human effort involved in post-editing machine translations (PEMT) for subtitles.

In pursuit of streamlining the subtitling workflow, Netflix announced in June 2021 a new file process to enable interoperability between localization tools, thus freeing up time and energy for human subtitlers.

Additionally, an April 2021 Amazon research paper presented a new system to identify overtranslation and undertranslation errors in human-translated video subtitles — much like apps that flag spelling and grammatical errors as users type.

Does it help linguists? Iyuno-SDI CEO, David Lee, shared his experience in the keynote speech at SlatorCon Remote May 2021: “We saw that, as the technical aspects of subtitling were covered by AI, translators are actually more focused on creative quality.” 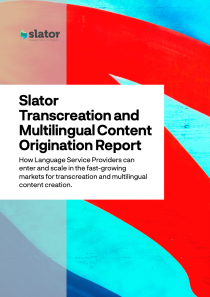 60-page report on how translation agencies can future-proof the business by adding creative content to their offering.
$590 BUY NOWIncluded in our Pro and Enterprise plan.
Subscribe now!

Maarten Verwaest, CEO of Limecraft, a software company that offers AI-enabled subtitling, pointed out in a February 2021 SlatorPod that when relying on automatic speech recognition (ASR) for transcription, the acceptable word-error rate for subtitlers was 2% or less. But a machine could be used in other technical work; for example, a machine is often better than a human at cutting up the transcription into subtitles that are properly timed.

“In the beginning, usually, language professionals absolutely hated the idea of having to rely on artificial intelligence,” Verwaest said. “But frankly speaking, once they get used to it, they will not be willing to give it back.”

Verwaest suggested that the emergence of platforms (such as Limecraft), which bring subtitling technologies directly to content producers, may shake up the current industry model that relies on intermediary LSPs. For example, ITV, the UK’s second-largest broadcaster, has recently insourced subtitling.