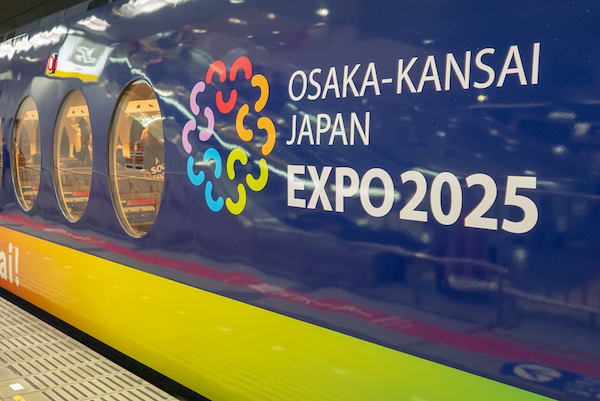 Simultaneous interpretation (SI) has been described by research scientists as “an extremely difficult job […] requiring careful concentration and having very little margin for error.”

Enhancing the difficulty is the fact that the practice of interpretation, by itself, is “as much interpersonal as it is linguistic,” as one professional interpreter put it.

Little surprise then that interpretation — largely unchanged by software advances, thus far — would be a highly attractive target for AI research. Hoping for a shot at the brass ring of automated SI is the Japanese government, which will fund the development of AI-powered software that can deliver SI in 15 languages in time for the 2025 World Expo in Osaka, according to an August 28, 2019 article in Nikkei Asian Review.

The Ministry of Internal Affairs and Communications will ask for JPY 2bn (USD 18.9m) in the fiscal 2020 budget to fund the program, the same article said.

To develop the SI software, Japan’s National Institute of Information and Communications Technology (NICT) will reportedly use corpora in Japanese, English, and Chinese. The Nikkei Asian Review article described the process thusly: “The prototype software will go through a machine-learning process comparing words and phrases with those that come later. In this way, it will learn to start interpreting speech a few seconds after the speaker starts talking.”

Should the NICT succeed, the Japanese government hopes automated SI could become one of the highlights of the World Expo in 2025 where, as the article pointed out, it “could find its way to a range of venues, including hotels, tourist attractions, business meetings and international conferences.”

The NICT intends to make any patented technologies around the software available to the private sector.

Meanwhile, in the run-up to the Olympics…

Before the 2025 World Expo though, Japan is taking on that other behemoth of an event, the 2020 Summer Olympics.

Gearing up for next year is Alexandre Ponomarev, Middlebury Institute alumnus and chief of the interpreting staff at the Summer Games. In a September 1, 2019 article in the Philippine daily BusinessMirror, Ponomarev shared his take on the power of AI looming on the horizon.

Speaking to Associated Press correspondent Stephen Wade, Ponomarev said, “AI is not nearly as evolved as one might think to replace humans. I’m not trying to say that I’m not worried about it at all, because I certainly am to be absolutely honest. Maybe 10 years down the road something will change. Maybe not.”

And probably not by the 2025 World Expo in Osaka? Well, the reason behind the skepticism is obvious. As Ponomarev explained, machines cannot always capture humor or a play on words, and cannot see “a wink.”

“It’s a common misconception that we interpret words. We don’t. We first understand the meaning behind them, and then we convey the message,” Ponomarev told the Associated Press, noting how cultural differences affect language. He added, “Behind every language is a mentality. I believe in acquiring a language you also acquire a certain mentality.”

This echoes the sentiments of Transnone, the interpretation device creator behind the successful Kickstarter campaign for the ONE Mini Pocket Multilingual Assistant. According to Transnone, “AI is not always omnipotent” and “communication is complex in terms of culture and context.”

So Transnone deployed human interpreters to support its device.

Whatever tech advances are made to automated SI by the 2025 World Expo, we can expect human interpreters to be deployed there as well.