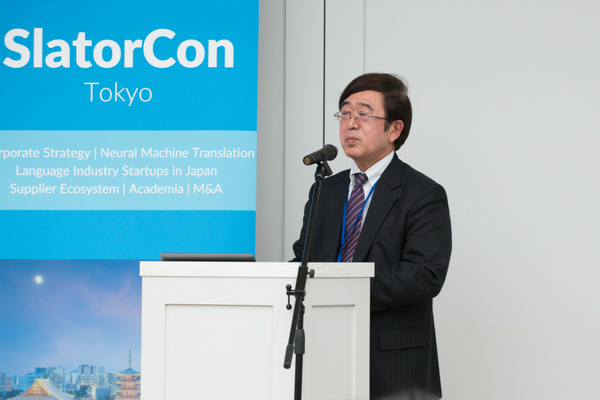 Japan’s largest language service provider (LSP), Honyaku Center, is reshuffling its board to “strengthen its management base and enhance corporate value”, according to a filing the company sent to the JASDAQ Securities Exchange.

Executive Officer and Director Shunichiro Ninomiya is taking over Ikuo Higashi’s position as Honyaku’s President. Higashi will become the Chairman of the Board. Ninomiya was previously responsible for the overall planning and management of the company.

Ninomiya joined Honyaku in 1997 after dropping out of his graduate studies in education research at the University of Hiroshima. He was born in 1969, so he was 28 years old at the time. Four years later he became the Head of Tokyo Sales. He was first appointed as a Director in June 2004 – just seven years after entering the company and at the age of 35. In a country where local companies are still very hierarchical and promotions very much dependent on seniority, his career ascendence at Honyaku seems pretty rapid. But then his predecessor’s rise was pretty quick too.

Higashi started working for Honyaku Center in 1992 at the age of 31. He became President of the company in 2001 when he was 40 years old, just four years after his initial appointment as a Director. He is 57 years old this year and Ninomiya is the second youngest member of the Board at 48.

Higashi is also the President of the Japan Translation Federation. Slator reached out to Honyaku Center and was told by a company spokesperson that the incoming President Ninomiya would wait until his official appointment in June before discussing the transition.

The appointment comes at a time when the company is readying itself for a future where machine translation plays an ever greater role. In late 2017, Honyaku Center acquired Media Research Inc. and took a 13% stake in machine translation company Mirai Translate.

Speaking at SlatorCon Tokyo in February 2018, Higashi said he was optimistic about the growth of the language services industry in Japan given the strength of the local infrastructure and automobile industries, ongoing globalization, as well as events and conferences. The Tokyo 2020 Olympics will also boost demand. The company expects to gross JPY 10.6 bn (USD 99.4m) in 2018.

According to the filing, Ninomiya owns 1.53% of Honyaku’s total outstanding shares. The change will be be effective June 27, 2018.

Image: Ikuo Higashi speaking at SlatorCon Tokyo 2018. A photo of Shunichiro Ninomiya was not immediately available.