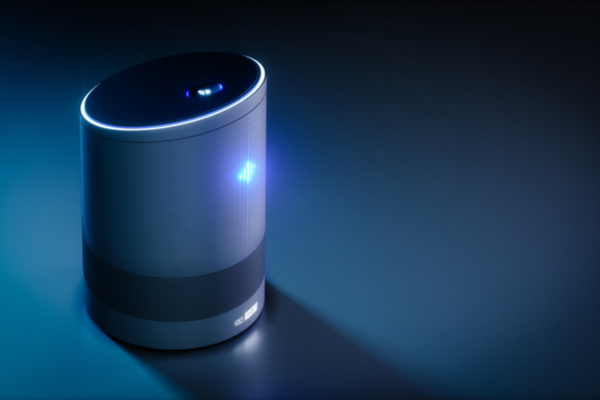 In 2018, Jargon was also one of the recipients of the Alexa Fund, Amazon’s venture capital funding pool focused on voice technology innovation. Jargon is a platform for structuring, managing, and optimizing voice app content on services like Amazon Alexa and Google Assistant. This extends to customizing user interaction and localization.

Slator reached out to Brace for more information about the company and their plans.

Neither LSP nor MT

As Slator covers the language services and technology space, Jargon’s localization aspect was what immediately stood out; especially given Amazon’s support through the Alexa Fund and, now, this seed round.

Brace clarified further that they are not building natural language processing or generation, speech recognition, or machine translation capabilities — technologies normally in the wheelhouse of language technology providers.

“We believe that the tech giants, including Google and Amazon, are in the best position to advance the state of the technologies [mentioned above], given their scale and level of investment,” she added.

Jargon is essentially a CMS for voice content on smart assistants with customization and localization services.

A crucial part of the offering is Jargon’s SDK (software development kit). Brace explained that, currently, content for many voice apps — skills for Amazon Alexa, for instance — are hardcoded. This makes it difficult to maintain, update, personalize, and localize content for new markets.

“The Jargon SDK, which is free and open-source, provides developers with an efficient way to externalize their content from the source code,” she said. “Once the content is separated, it is much easier to modify it, in general, and to localize it for new markets.”

The Jargon SDK lets developers structure and organize in-app voice content, while the company’s end-to-end solution includes content optimization and localization. As Brace pointed out, “Developers are free to incorporate Jargon’s SDK into their voice app and do all of the content management, including localization, in-house, or purchase Jargon’s add-on tools and services.

“We’re not a language processing or machine translation company.”

“For those who want to use Jargon as a managed service, we offer localization of voice apps for both pre-recorded audio and text-to-speech content, in addition to an increasing number of other content management capabilities,” she said.

According to Brace, they “partner with several top-notch localization agencies.” Additionally, if clients want to keep localization in-house, Jargon offers web-based localization tools that a client’s in-house linguists can use.

She noted that what sets the Jargon SDK apart is “it not only accounts for complexities across languages (e.g., handling pluralization, gender, etc.), but it is also specifically designed for voice and accounts for the peculiarities of the voice medium. For example, it’s very important for voice applications to vary their responses, as that helps them sound more natural. The SDK has built-in support for such variants.”

Asked about future plans, Brace said “the funding will allow us to accelerate our product roadmap.”

She added that their current team of four people will be bolstered by four new hires, all in engineering. “At this stage of our journey, we’re focused on working closely with customers, in order to provide products that address their needs,” she said. “Since voice is an emerging industry, we expect the needs of our customers to evolve rapidly.”

They also plan to support more smart assistants. Currently, they provide support for the frameworks provided by Google and Amazon as well as third-party ones like Jovo. In the future, they intend to expand to other voice services such as Siri, Bixby, and DuerOS.

With “voice first” user interaction gaining ever-increasing attention, Brace is optimistic. She said, “Voice assistants have seen customer adoption at higher rates than any other prior technology, which is a testament to the fact that the technology is finally getting to a point of being usable and useful.”

“While there is still a long way to go — especially as we go outside the English language — the rate of progress is incredibly exciting,” Brace said.