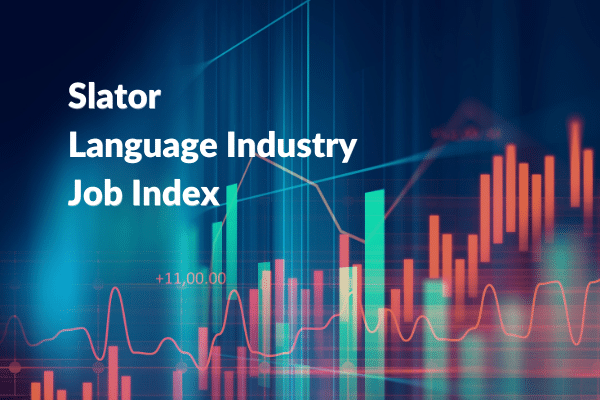 Hiring activity in the language industry continued its upward swing in September 2021. After a six-point upsurge the month prior, in August 2021, the Slator Language Industry Job Index (LIJI) increased by another 10 points in September.

The growth in the September 2021 figure is linked to an increase in job ads across many of the platforms monitored by Slator. Moreover, there was a notable rise in language industry job ads on two of the job aggregation platforms, one of which saw the number of job ads more than double from the month prior.

Observational data related to activity across the language industry in the month of August 2021 indicate that the translation, localization, and interpreting hiring environment has remained buoyant.

Language industry M&A and funding activity continued strongly in August, with Slator covering a total of six transactions during the month.

The month’s first M&A news came from UK-based LSP thebigword, which announced that investment firm Susquehanna Private Capital (SPC) had acquired a majority stake in the business, concluding four decades of ownership by company founder Larry Gould and his family.

In the US, Super Agency TransPerfect snapped up digital marketing agency Webcertain shortly after its acquisition of Nordic LSP Semantix in the company’s biggest M&A deal to date. And, in the universe of life sciences, clinical research specialist WCG announced the acquisition of VeraSci, a provider of e-clinical software, translation services, as well as endpoints and assessments, for USD 330m.

Also in the US, Boostlingo secured a growth equity investment from Mainsail Partners. The interpreting SaaS startup plans to use the funds for management hires, software products, and international expansion.

Beyond M&A and Funding, several of the dozen-or-so listed LSPs published results or trading updates during the month of August, revealing a largely positive set of numbers.

Australia-listed translation, transcription, and captioning provider Ai-Media released its first full-year financials post-IPO, with the company reporting revenue growth of 87% to USD 36m in the 12 months to June 30, 2021.

Also in August, three companies provided updates on their first-halves. Call center giant Teleperformance said its interpreting unit, LanguageLine, was the main driver of 22.5% growth in its Specialist Services division; media localization provider ZOO Digital guided for a record-breaking six months with revenues expected to reach at least USD 25m; and video game services provider Keywords Studios said it expects H1 revenues to climb around 37%, with organic growth in the region of 23%.

Over at LocJobs, there were more than 20 new job postings in the month of August, as companies including Gemino (Germany), the International Achievers Group, TALK Finance (Luxembourg), and Language Inspired added their open vacancies for roles spanning language technology, solutions architecture, project management, and vendor management.