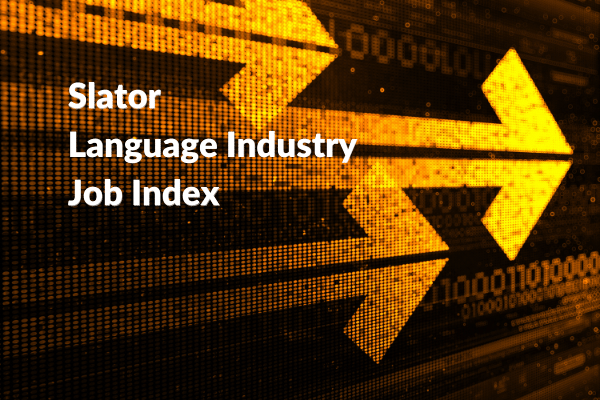 Hiring activity in the global language market saw a more pronounced upward trend in March 2022. The Slator Language Industry Job Index (LIJI) had previously experienced only a slight increase in February 2022 after a small seasonal dip in January 2022.

The uptick in the March 2022 figure is linked to an increase in job ads across most of the platforms monitored by Slator. Observational data related to activity across the language industry in the month of February 2022 indicate that the translation, localization, and interpreting hiring environment remains buoyant into the first quarter of 2022.

In February, M&A transactions covered by Slator were outnumbered by Funding rounds, as machine dubbing startup, Deepdub, raised USD 20m in a series A round, Viva Translate closed a USD 4m seed round, and language API platform, NeuralSpace, raised USD 1.7m, also in a seed round.

In the month’s only M&A story, US-based video accessibility provider 3Play Media announced that it had acquired Captionmax, a provider of live and recorded captioning, localization, and audio description services.

February 2022 was a special month for financial results. Not only did several publicly traded language service providers (LSPs) provide full-year and interim updates, but more than 300 companies participated in the Slator 2022 Language Service Provider Index (LSPI), which launched on February 23, 2022.

The combined US-dollar revenue of Slator 2022 LSPI companies grew more than 22% in 2021 to nearly USD 9.5bn. This is an attractive headline rate that comprises M&A-driven consolidation, while organic growth across the ca. 300 LSPs is still estimated to be in the low double digits, a marked improvement from the previous year (see 2021 LSPI).

Over in Australia, captioning, translation, and transcription provider, Ai-Media, recorded first-half revenues of AUD 29.6m (USD 21.1m), a 29% increase from the same period the previous year.

Over at LocJobs, 30 companies are hiring and there were more than 20 new job postings in the month of February. Companies such as Supertext, Locaria, Morningside Translations, and t’works posted their vacancies for roles spanning translation, sales, project management, and marketing.