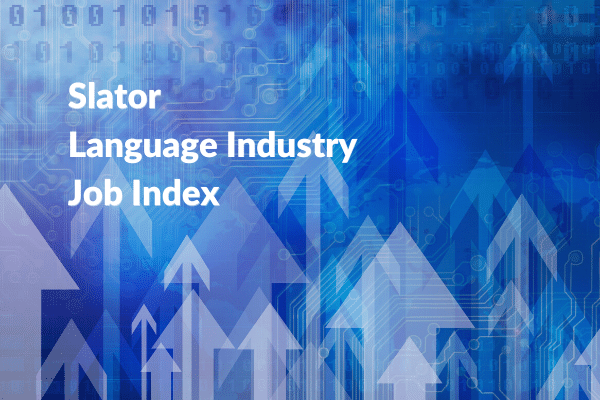 Hiring activity in the global language market continued its upward trend in April 2022. The Slator Language Industry Job Index (LIJI) had previously experienced moderate increases in February and March 2022 after a small seasonal dip in January 2022.

industry. The July-2018 baseline is the starting point from which expansion or contraction of employment and hiring activity across the industry is measured.

The uptick in the April 2022 figure is linked to an increase in job ads across all but one of the platforms monitored by Slator. Observational data related to activity across the language industry in the month of March 2022 indicate that the translation, localization, and interpreting hiring environment remains buoyant going into the second quarter of 2022.

M&A and funding activity was strong in March, with Slator covering a total of 11 transactions during the month.

Most of the Super Agencies were also active in March. RWS announced the acquisition of Dutch content and authoring tech company, Liones Holding BV. Acolad Group bought major rival Ubiqus in its tenth acquisition to date. And Lionbridge acquired Berlin-based, voice-over and localization studio, mouse-power, for its Games division.

Also in Australia, captioning, transcription, and translation provider, Ai-Media, reported revenues of ca. USD 21m, an increase of 29% for H1 FY22. Meanwhile, ZOO raised its expectations for full-year 2022 to at least USD 65m in revenues, with improved adjusted EBITDA of at least USD 6.5m.

Over at LocJobs, there were close to 20 new job postings in the month of March. Companies such as RWS, Locaria, Supertext, and Lengoo posted their vacancies for roles spanning sales, project management, account management, and more.

The Slator LIJI relies on LinkedIn for part of its underlying data. The social media site has some 500 million users, many of whom share data about their skills, experience, location, company, and job titles on their personal LinkedIn pages. There are over 600,000 profiles under the Translation and Localization category and a search using the keyword Localization also yields more than 600,000 profiles.
In addition to using data from LinkedIn, the Slator LIJI also culls data from a range of sources, including global job aggregation sites and additional direct company data collected from Slator LSPI companies.