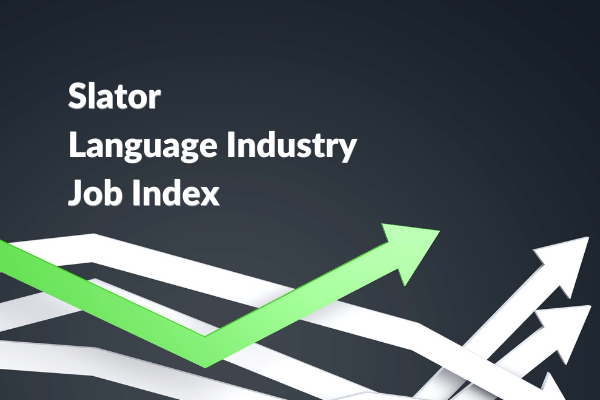 Hiring activity in the language industry continued its upward swing in October 2021. After a 10-point upsurge the month prior, in September 2021, the Slator Language Industry Job Index (LIJI) increased by another 3.8 points in September.

The growth in the October 2021 figure is linked to an increase in job ads across many of the platforms monitored by Slator. Observational data related to activity across the language industry in the month of September 2021 indicate that the translation, localization, and interpreting hiring environment has remained buoyant.

Language industry M&A and funding activity continued in September; albeit at a slower pace than in August when Slator covered a total of six transactions. September saw two M&A transactions and no funding rounds.

Beyond M&A and Funding, a couple of the dozen-or-so listed LSPs published financial results or trading updates during the month of September, revealing a largely positive set of numbers.

Video game services provider Keywords Studios, whose offering includes a sizable game localization division, reported interim results for the six months to June 30, 2021. With group revenues totaling EUR 238.7m, Keywords’ localization-related revenues grew by around 20% during the period and accounted for almost 27% of the company’s top line in the first half.

Meanwhile, Australia-headquartered captioning, translation, and transcription provider Ai-Media  hosted a virtual conference for investors (ASX Small and Mid-Cap Conference) on the one-year anniversary of its debut on the Australian Securities Exchange in Sydney.

Revenues grew by 87% to AUD ​​49.2m (USD 36m) in the company’s 2021 financial year, which closed on June 30, 2021. Despite having yet to report a full-year at break-even or above on an EBITDA level, Ai-Media noted that they had “achieved positive operating cash flow and profitability in Q4 FY21.”

Over at LocJobs, there were many new job postings in the month of September, as companies including Language Insight, Memsource, CyraCom, RWS, and others added their open vacancies for roles spanning vendor management, solutions architecture, sales, product management, and project management.