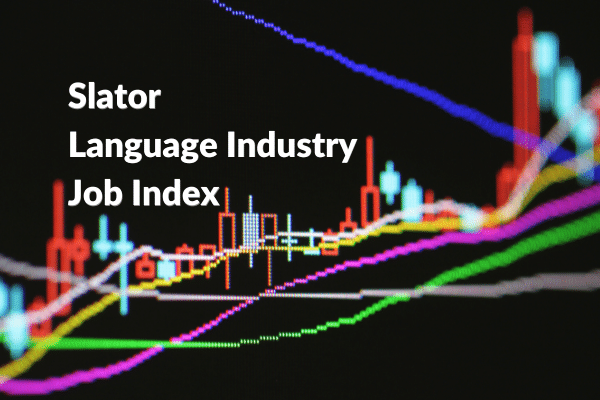 Hiring activity in the global language market inched upward in February 2022 after the Slator Language Industry Job Index (LIJI) experienced a dip in January 2022, off the back of record levels in December 2021.

The uptick in the February 2022 figure is consistent with the prior year’s trend and is linked to an increase in job ads across most of the platforms monitored by Slator. The increase in February 2022 was less pronounced than in previous years, mitigated by a decline in the number of LinkedIn profiles recorded under Translation and Localization.

Observational data related to activity across the language industry in the month of January 2022 indicate that the translation, localization, and interpreting hiring environment remained resilient throughout the seasonal slowdown associated with the holiday season.

In January, Slator covered news of nine M&A and funding transactions in a bumper start to the year.

German buyers were hot off the mark in January, as t’works expanded into Portugal with the acquisition of Traductanet and Apostroph Group tucked in a boutique LSP based in Switzerland.

Another Germany-based LSP, DEMAN Übersetzungen, announced its acquisitions of InvaCon Translations (also in Germany) and Traducteo / Accent Mondial (France and Korea). The company took the opportunity to discuss its strategy of snapping up small LSPs around Europe, from single proprietorships to boutique agencies — including Locsoft.net, A4Traduction.com, and MediaMate.com in the past year.

There was also a flurry of funding news in January, as STAR7 — part of the Swiss-based STAR Group — raised EUR 15m in an IPO in Milan, Italy, in which they floated a percentage of shares, and UK-headquartered Iyuno-SDI Group secured investment from IMM Investment, which landed the world’s largest media localization provider a mega-valuation of USD 1.2bn.

In the US, machine translation (MT) startup, Language I/O, raised USD 6.5m in a series A funding round and on-demand interpreting specialist GLOBO secured a growth investment from VSS Capital Partners, the company’s first institutional funding since it was founded in 2009.

In financial reporting, various updates began trickling in from the handful of listed LSPs tracked by Slator, with two Australia-listed companies, Ai-Media and Straker, providing updates for the three months to December 31, 2021. Ai-Media grew 25% in the quarter compared to the same period the previous year, while Straker grew 99% on the same basis.

The major financial update in January came from US-based Super Agency TransPerfect, which reported full-year 2021 revenues of USD 1.1bn, becoming the first LSP ever to clear the billion-dollar mark.

Over at LocJobs, 30 companies are hiring and there were more than 30 new job postings in the month of January. Companies such as 1-Stop Asia, memoQ, RWS, and Jonckers posted their vacancies for roles spanning business development, project management, leadership, and more.