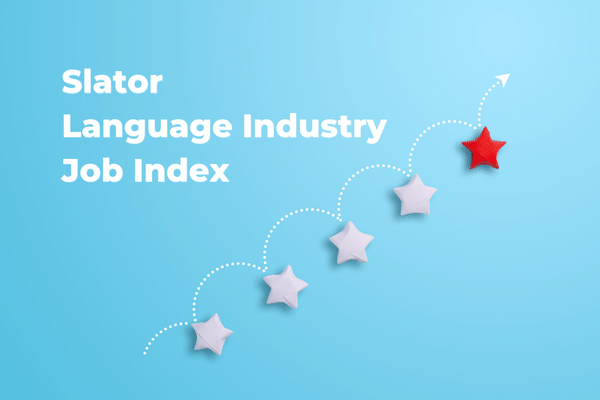 Hiring activity in the global language market saw an uptick in July 2022, following a slight decline in June. The Slator Language Industry Job Index (LIJI) resumed a moderate upward trend in 2022, notwithstanding June’s result and a small seasonal dip in January 2022.

The uptick in the July 2022 figure is linked to an increase in job ads across most of the platforms monitored by Slator. Observational data related to activity across the language industry in the month of June 2022 indicate that the translation, localization, and interpreting hiring environment remains steady in the second quarter of 2022.

Parts of the industry saw layoffs in June, with redundancies reported at RSI provider KUDO, while elsewhere — such as in big tech — hiring activity was noted for senior localization positions.

Over at LocJobs, more than 20 companies were hiring and there were close to 20 new job postings in the month of June. Companies such as Acclaro, Ad Astra, Anzu, Lengoo, Morningside, memoQ, Supertext, t'works, and TALK posted their vacancies for roles spanning, translation, interpreting, sales, project management, and engineering.