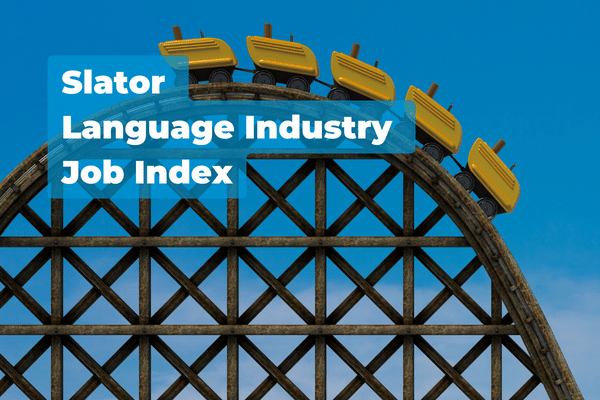 The Slator Language Industry Job Index (LIJI) dropped in September 2022, falling by nearly 4.5 points compared to August 2022. The decline is in line with the broader global business sentiment based on inflationary pressures and Europe’s looming energy crisis.

The index stood at 178.47 in September, down from 182.92 in August. The drop in the September index is the biggest decline observed since the seasonal dip in January 2022. The LIJI now stands at around the same levels seen in April and June 2022.

Even in recent turbulent times, the language industry has remained resilient. Indeed, the August 2022 figure was an all-time high for the index. And, even with the drop in September, the LIJI still stands 5.7 points above the January figure, and 78 points above the baseline figure (100) from July 2018.

The dip in the September 2022 index is linked to a decrease in job ads across all of the platforms monitored by Slator as well as a decline in the number of profiles returned using the keyword search for “translation” and “localization” on LinkedIn.

Observational data related to activity across the language industry in August 2022 indicate that the translation, localization, and interpreting hiring environment remains resilient for now, but may face additional challenges from the disruptions facing the industry globally in the second half of the year.

A number of listed language companies released financial results in August with a mixed bag of performances. (Of course, most results are released several months after the relevant reporting period ends.)

In Japan, Honyaku Center published Q1 results with sales up slightly (0.6%) compared to the same period the previous year as operating income and net income both fell. Canada’s VIQ Solutions reported strong top-line growth and narrowed its losses in the first half to June 2022, but its shares remained under pressure.

In Australia, shares in data annotation leader Appen plunged following a disappointing first half. Ai-Media turned profitable, but its shares continued to trade more than 70% below their IPO price (September 2020) despite progress and bagging a contract with Google.

Over at LocJobs, 17 companies are hiring and there were 18 new job postings in the month of August. Companies such as the NYC Mayor's Office of Immigrant Affairs, Language Inspired, Acclaro, and Oxford University Press posted their vacancies for roles spanning language access, HR, translation and editing, business development, and more.