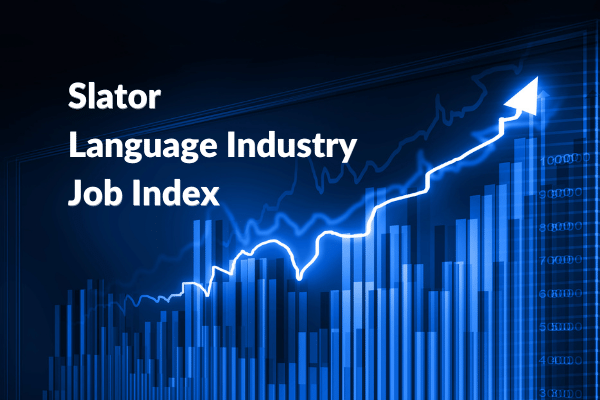 Hiring activity in the language industry was back in a big way in July 2021. After a four-point dip in June interrupted a continuous upsurge from January 2021, the Slator Language Industry Job Index (LIJI) increased by 9.9 points in July.

The growth in the July 2021 figure is linked to an increase in job ads across many of the platforms monitored by Slator. Observational data related to activity across the language industry in the month of June 2021 indicate that the translation, localization, and interpreting hiring environment has remained buoyant.

Language industry M&A and funding continued at a rapid clip in June, with Slator covering a total of eight transactions during the month.

Elsewhere, there were big changes at the top of two major players in the language industry, as Super Agency RWS announced the appointment of a new CEO, Ian El-Mokadem, who will take over from Richard Thompson in July 2021. Keywords Studios announced that Andrew Day had stepped down from his role as CEO following a leave of absence due to health reasons. Jon Hauck (CFO) and Sonia Sedler (COO) are serving as joint interim CEOs while the game localization provider searches for its next leader.

Slator covered news of additional senior hires during the month including XTM’s appointments of a Chief Financial Officer and a Senior Director of Marketing, and Acolad Group’s hiring of a Chief Sales Officer and a Chief Revenue Officer.

Over at LocJobs, there were lots of new job listings in June 2021, and 24 companies are currently hiring for language industry professionals. Eriksen Translations is looking for a Project Manager, Lengoo has an opening for a Senior Product Manager, Altagram is hiring a Localization Engineer and other roles, and there are opportunities for Business Developers at both Haymillian and AMPLEXOR.