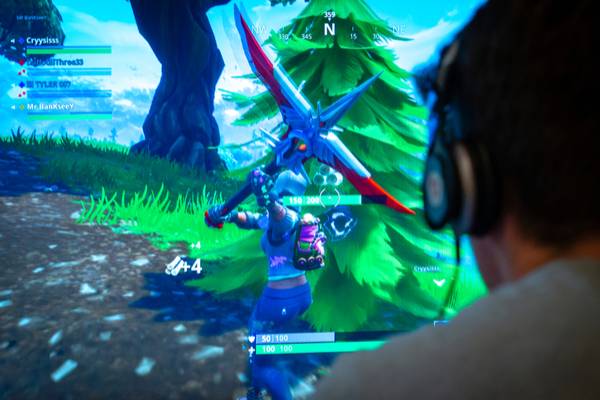 A few weeks after providing a preliminary trading update to the markets, Keywords Studios, which provides technical and localization services to the video game industry, released the final set of numbers for the first six months of 2018. As guided previously, revenues increased by 72% to EUR 110.0m (H1 2017: EUR 63.8m). Adjusted profit before tax rose by 67% to EUR 16.0m (H1 2017: EUR 9.6m). Much of the growth was driven by Keywords’ aggressive acquisition strategy. On a like-for-like currency adjusted basis revenues were up 8.6% in the period.

The group now employs a total of nearly 5,000 staff (4,934), which is nearly double the number of people on the payroll compared to the same period last year. The company continued its aggressive acquisition strategy and has acquired nearly a dozen rivals since the beginning of 2018. None of the acquisitions has been in the localization space, however, but rather in areas such as game development and engineering services, sound effects, video game trailers, as well as marketing services to game publishers and developers and other service lines.

Keywords says that “localization revenues grew by 13% to EUR 21.4m (H1 2017: EUR 19.0m) with the benefit of contributions from entities acquired in 2017, including the French acquisitions, VMC and XLOC.” Like-for-like and currency adjusted growth was a more modest (and industry average) 9%.

The Localization Testing unit, which “identifies out-of-context translations, truncations, overlaps, spelling, grammar, age rating and cultural issues, and tests for console manufacturer compliance requirements in over 30 languages” grew revenues by 10% to EUR 9.6m (H1 2017: EUR 8.7m). On a like-for-like currency adjusted basis revenues, however, revenues were down 1%, which Keywords attributes to seasonality and projects sales to pick up again in the second half.

Furthermore, during the first half 2018 Keywords launched Keywords Ventures “to invest in innovative technologies and services that can leverage Keywords’ reach in the games market” and secured a EUR 105m credit line, providing it with added firepower for future acquisitions.

Keywords expects to meet market expectations for the full-year and says it continues to review a “strong acquisition pipeline”. Reaction in the market was muted with Keywords shares (KWS) down marginally at the time of writing. Shares are up 15% year-to-date 2018 and Keywords weighs in at a market capitalization of around USD 1.5bn, slightly below fellow London-listed language service provider RWS (USD 1.7bn).

Interestingly, CEO Andrew Day pointed out that the positive results came despite a number of headwinds like the weak dollar and the global success of Battle Royale game Fortnite. While a game development and localization company bemoaning the success of a game might seem contradictory, it may have something to do with the genre. Battle Royale games are easily cloned (there is less development required) and require relatively little localization (mostly interfaces and not a lot of dubbed or subbed content). Furthermore, they drive growth in game content creation, i.e. game streaming, e-sports, and other social media shareables, which historically have not been core markets for Keywords.

However, the company says that the forthcoming launch of 5G mobile networks and the resultant increase in internet bandwidth could enable “streaming of games for the first time” and “drive record demand for gaming content”. On balance, it appears that the jury is still out on the exact impact of streaming games on demand for localization services.