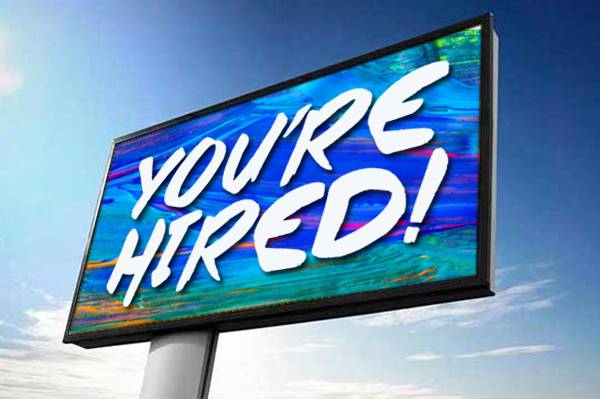 The involvement of procurement departments in the selection of language service providers (LSPs) is what she regards as one of her biggest challenges in the area of sales, Conversis Account Director Kim Shouler told Slator.

Shouler, who stepped into her role on February 6, 2017, explained that users of localization services within a company often have little say over which suppliers are used when a procurement department is involved. “Even if a service provider has a great working relationship with their client and the client is very satisfied, the choice of who they use could be taken out of their hands and work simply given to the cheapest supplier,” she said.

It is up to the industry to educate current and potential clients, as well as their procurement departments, Shouler added, on the value that comes from using an experienced LSP and “the costs and delays farther down the line if an unsuitable supplier is chosen.”

Based in Oxford, UK, Shouler reports to CEO Gary Muddyman. She will focus on managing and developing Conversis’ existing accounts, leading business development, and guiding sales and marketing efforts.

Shouler mentions current client recommendations, participating in conferences and events, and producing useful online content as good ways to generate leads. Also important: thought leadership; showing clients “that we really understand the challenges [they] face, day to day, and can come up with new ways to help.”

On her near-term view of the industry, the Conversis Account Director said that recent advances in technology have enabled LSPs to respond to changing client demands. But the high cost of purchasing new tech on top of the other expenses involved in running an LSP have “contributed greatly to the recent trend of smaller, niche suppliers being bought up by larger, global localization companies.”

She pointed out that while smaller companies have, traditionally, been involved in very little sales activity, larger companies have increasingly highlighted sales over the past few years. “This consolidation and the new emphasis on the importance of sales has made the industry more competitive,” said Shouler, adding that this means heightened sales activity and process efficiency are now key to running a successful LSP.

Fresh off a year and a half as Chief Operating Officer of XTRF, Anna Pietruszka joined Summa Linguae from January 2017 as Consultant of Business Strategy for Growth and M&A.

Pietruszka told Slator she was directly in charge of operations at XTRF — from process organization, company growth, and middle management structure building to daily ops management. She will now “establish and support rearrangements in the operational processes” of companies belonging to the group and are connected with business growth and M&A strategy at Summa Linguae.

As such, Pietruszka will be traveling to the different Summa Linguae Group divisions in the coming months. She reports to the Board of Directors.

Pietruszka first came to work in language services in 2006 after a manager showed her the diversity of the industry, its color, and ubiquity. Asked what she regards as the industry’s single biggest challenge, she replied, “The combination of creating high quality, localized content with the right time-to-market balance.”

Sophie Murphy, for her part, said the biggest challenge is responding to the growing need “for a highly technical solution, in a continuous delivery mode, while making it easy to buy translations.” Murphy joined Xplanation Language Services in October as its Regional Manager for the UK and Ireland. She reports to Véronique Özkaya, Chief Sales and Marketing Officer.

Murphy started working in localization at the end of the 1990s, “after finishing college in Paris, my home town.” She first worked as Project Manager in Amsterdam, then in Belgium and, finally, in the London office of the same LSP, Alpnet, where she managed a team of project managers.

She recalled, “I left when SDL acquired the company in 2001 and joined Lionbridge in Dublin. I worked there until I moved to Eurotext, where I stayed for 10 years.” When Murphy left Eurotext in 2016, she was “Production Manager with sales responsibilities.”

Today, she is responsible for Xplanation’s portfolio of customers in the engineering and medical fields, as well as new customers in Ireland. Murphy said, even while she was project manager, she always had account management responsibilities. This gave her an early understanding of the “big picture view of the business,” and made her decisive and able to act accordingly, which became extremely helpful when she moved on to management.

Christine Kamer, Head of Quality Management at SwissGlobal, said she “was very much motivated to help build a new company from scratch” after having been with Lionbridge subsidiary CLS since 1999. Joining the startup back in October, the 25-year industry veteran said, “Changing from a very large global translation company like Lionbridge to a small dedicated and ambitious team was another motivation.”

While at CLS in 2009, she built up a QMS from scratch (“a very exciting task”) and, shortly after, the company started the global rollout to CLS London and CLS Copenhagen, and Kamer was “responsible for all sites.” Today, with SwissGlobal being a startup, she manages one site for the time being. Based in Baden, Kamer reports to CEO Matthias Trümpy.

Asked whether having a dedicated position for Quality Management so early in the life of a startup LSP is not too ambitious a decision, Kamer replied, “Not at all. Building up an efficient and useful QMS from scratch, compliant to two norms, justifies a dedicated position for QM. All the more as an experienced Quality Manager not only does ISO- and QM-related work, but many other tasks in management, feedback management, and assessments systems, to name a few.”

On the increasing use of adaptive machine translation systems and its impact on quality and translator productivity, Kamer said: “If MT is cautiously used by professional linguists as an additional helpful CAT tool, I consider it a useful system to increase productivity.”