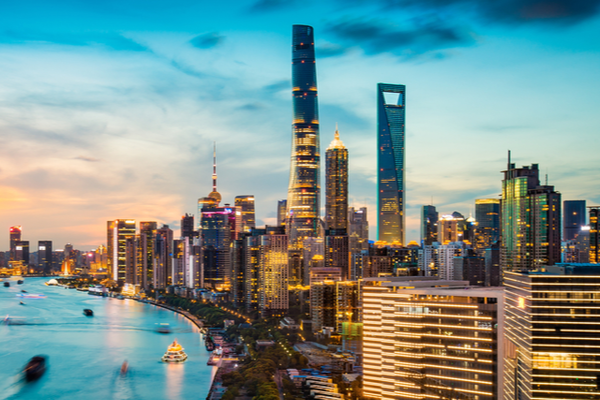 Developing AI technology and, more narrowly, speech recognition and translation technology has been a focus of the Chinese government for some time. China’s big tech companies, too, have been pouring resources into researching language tech and related areas.

Against this backdrop, Shanghai-based UTH International, whose business lines include language services and data, as well as neural MT tech and services, has been busy raising funds over the past few years.

Soon after its founding seven years ago, UTH bought into the idea of acquiring language corpora to fuel its neural machine translation (NMT) and AI-related operations. What followed were several rounds of funding, which enabled UTH to bring on board some big names in China’s AI and tech market, namely Sogou and Tencent.

And, in early August 2019, UTH completed a fresh funding round, which it described as Series C. The company’s EVP of Operations Henry Wang told Slator that it was provided in the form of a strategic investment (meaning AI resources and technology) and a financial investment worth over RMB 40m (USD 5.7m) from a mix of investors. Total funds raised to date are around USD 30m, Wang said.

Although Wang declined to name the investors involved in the latest funding round, he confirmed to Slator that it was led by “one of the top 3 Internet companies in China.” (The top three Chinese Internet companies are commonly regarded to be Baidu, Alibaba, and Tencent — collectively known as BAT). Wang added that two venture capital firms also participated in the round.

Meanwhile, a company press release confirmed that Sogou and Tencent remain major investors in UTH. The two companies “are on the board, and they provide AI-related technological and some business development support to us,” according to Wang.

Tencent and Sogou are, in their own right, active players in the NMT and AI space. For example, tech giant Tencent has deployed its own in-app translator in its popular lifestyle app WeChat and offers a free online machine translation service. Sogou, meanwhile, has marketed a travel translator device and uses NMT as part of Sogou Mobile Keyboard, which is China’s third most popular app with 430 million daily users on average.

Expanding on the quid-pro-quo nature of the relationship between UTH and its major investors, Wang said that “they complement with us in terms of tech capabilities and AI resources which are needed by UTH, while they need the multilingual data of UTH for their MT engine training, and other related AI products.” Moreover, “UTH has also established solid partnerships with over 200 universities, which is something important for these two strategic investors as well.”

One future product of UTH’s collaboration with local universities is the Multilingual AI Lab Program (MALP) program, which according to Wang “will be a lab that makes use of our big data [and] the AI technologies and resources of both Sogou and Tencent.”

NMT remains “very small for now” and currently contributes less than 10% to UTH’s top line, according to Wang, who believes that the main driver for NMT comes from the need for “high quality data, and in-context data.” In his view, there is still more to be done to improve the technology since “the algorithm needs to keep being improved for sure.”

On the company’s performance metrics, Wang said that although UTH was not profitable in 2018 it “will be from this year.”

Asked how UTH plans to spend the money from its latest funding round, Wang said the focus will be on “R&D of new AI products, expansion of business lines, and upgrade of the existing multilingual corpora database.” Wang also mentioned the company is looking at completing a couple of acquisitions in 2019 and 2020.

Aside from major investors Tencent and Sogou, other investors in UTH include Robam Group and CDH Investments, the press release said.